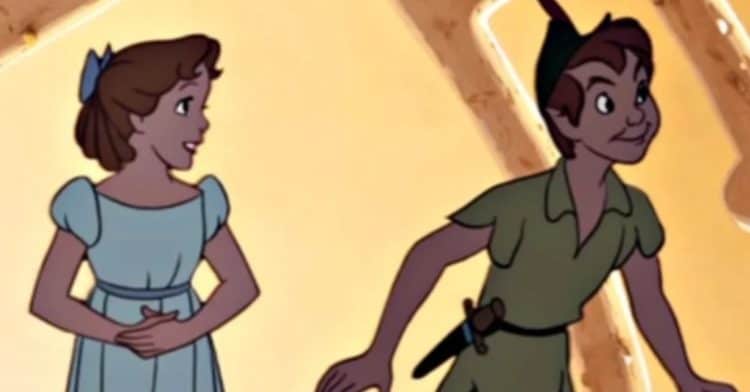 It’s ironic that a lot of us grew up with this fairy tale and the main character in the tale has only grown up in various versions of it as the tale has been told again and again throughout the decades since it was first released. Peter Pan has been adapted more than once to movies and each time has been given its own sense of wonder and playfulness that has managed to touch us all in a very special way since let’s face it, the movie is fun and despite the original animation being said to be racist and wrong on so many levels people still enjoy it to this day. The idea of staying forever young, having no rules, and no adults to tell you what’s what is a fantasy for a lot of people, and some adults don’t even outgrow it as they get older since they want to live the fantasy for as long as they can. Eventually we do have to grow up, but that sense of wonder and amazement is always ready to be rekindled, and this is one of the best movies to use in order to do it.

Jasper Rees of The Telegraph had nothing but good things to say about this version of the classic tale since it isn’t the typical rendering of the story since Lucy is not Wendy, but upon reading the book she does entertain a fantasy that she is the real Wendy and has gone on an adventure with Peter Pan. The fantasy of the story is more than enough to encompass this pleasing imagination as envelops a young woman in need of hope and something besides the uncertainty that is her life, and Peter Pan is just the type of story that can inspire just about anyone if they’re willing to delve into it with enough zeal.

Insomuch as Peter Pan can be given an origin this is just one of them that sees him as an orphan that has been dropped at an orphanage, but as we learn later on this is to keep him safe from the pirate Blackbeard, who is the absolute enemy of Neverland and the greatest power until Peter comes to believe in his half-pixie heritage, which is how he’s able to fly. The emergence of Hook, Smee, and select other characters throughout the movie are kind of interesting since it paints a very different picture of the Peter Pan legend that makes it seem much less childish as it takes on a more adult lean, which is intriguing to say the least.

This version seems to follow the animated story far closer as it brings in more adult elements such as blowing Wendy out of the sky with a cannon, thankfully not killing her, and even goes into Tinkerbell’s insane jealousy of Wendy. The fairy of course leads Captain Hook to the Lost Boys’ hideout where he captures the kids and eventually tries to kill Peter. The showdown between Peter and Hook in this movie is something that might have needed an extra kick but it wasn’t too horrible since if you ask ten people at least one or two out of ten will say something positive about each movie, while others will claim that no Peter Pan movie has gotten it right, ever.

The animated version is what a lot of people will think of when it comes to Peter Pan since this is the version that a lot of us have grown up with and the movie that is the most popular whenever Disney lets it out of the famed vault. As has happened to many movies as of late though there are many scenes that have been highly scrutinized for the content that was considered to be less than noticeable in the past but in this ultra-sensitive era would be considered highly suspect. If a person takes a movie as a movie, a work of pure fiction, then it’s easy to enjoy. But when you take everything so literally without trying to enjoy it then yes, it becomes easy to point out glaring errors.

The score this movie was given on Rotten Tomatoes is proof that the critics aren’t always right since there are a lot more people out there that enjoyed this movie than not. Robin Williams’ contribution to this movie was hard to deny when it came to the sheer level of enjoyment he created. Julia Roberts wasn’t too bad and Dustin Hoffman was actually quite good as Captain Hook, as was Bob Hoskins as as grizzled Smee, but Williams turned in a performance that was nothing short of brilliant. Why the critics lambasted this movie is kind of hard to figure.

We all have to grow up, but we can still enjoy being kids at heart.