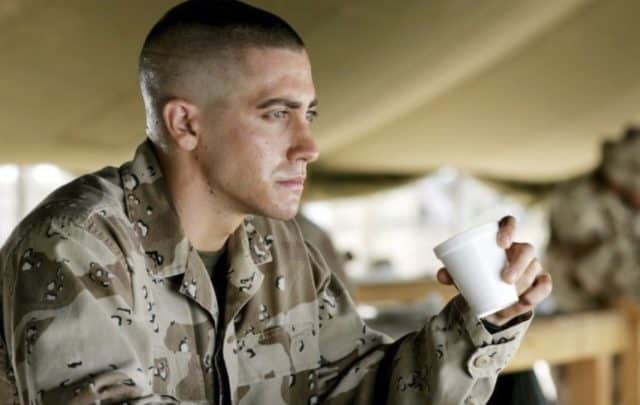 There’s an intensity to Jake Gyllenhaal’s performances that defies easy explanation. Even if he gives the same looks during a lot of them he still has that level of talent that looking at him you think he’s so into the movie that he believes he’s the character. Of course he does have a tendency to play characters that have emotional problems so it fits in his niche, but it’s also so easy to get into everything he plays that he almost disappears and the character emerges as the one true person. That might sound odd but that’s how it feels at times with this actor.

That’s someone that knows what they’re doing and just does it.

Playing a disturbed young man isn’t always easy since you’ve got to sell that kind of performance and make sure that people can believe it. Jake thankfully has the kind of look that makes you think he might just be a little deranged or possibly damaged. When he smiles you can see he might very well be a nice guy, but when he affects the look of someone that’s not fully in control of his moods of mental faculties it’s kind of creepy.

This shows in big part how he takes on the persona of the character he’s going to play since Jake trained like a boxer for this role honestly and without reservation. By the time he was ready to shoot he was stacked and looked like he’d been spending a good part of his life in the ring. Everything from his attitude to his movements were taken with utter seriousness to the point that he might have been able to actually step into the ring.

It’s amazing what a thief with no morals and a great deal of leverage can do. Lou is the kind of guy that will put anyone in harm’s way so long as he can make a buck off of selling the footage to the right people. It might seem like he’s always in the right place at the right time but when he manipulates the place and time it’s pretty obvious that nothing is taboo and he’s more than willing to tamper with anything to get his story.

A lot of people were up in arms about this movie simply because of the relationship that developed between the two male leads. In this day and age the film is a lot more accepted but back when it came out Gyllenhaal and Ledger both experienced a good deal of blowback from it due to the content. The story itself isn’t too bad and does manage to convey more than just the act that it’s condemned for.

The life of a sniper is seen in the movies to be one of excitement and danger on the same level as an Arnold Schwarzenegger movie. In real life though it’s about being patient, waiting, and hoping like hell that nothing actually does pop off.

Gyllenhaal is almost like a chameleon the way he adapts to a role.