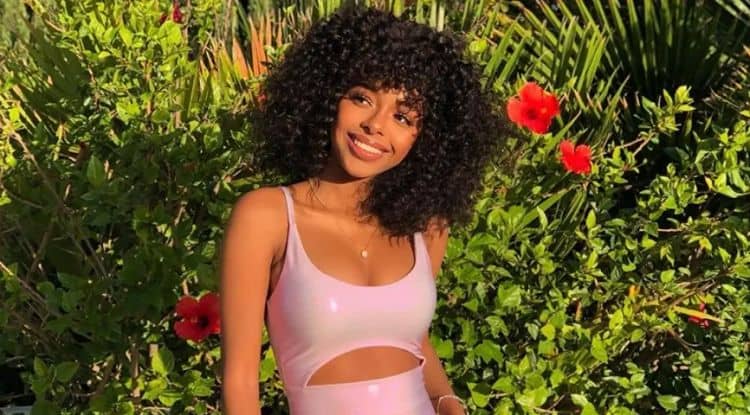 You’ve heard of the Vault House by now, which means you probably know the name Rave Vanias. She’s one of the many new faces who are coming to the Vault House with her new family. These new family members are various social media stars from platforms such as TikTok, YouTube, and the ‘Gram, and she’s making her name even more well-known than it is already is. She’s one of the newer stars in the social media industry, but that certainly isn’t slowing her down. Here’s everything you need to know about the gorgeous social media model.

She’s got a huge following already, and it’s because her fans love to see her lip singing songs she loves, and they just want more of it. She’s not been doing this nearly as long as anyone else in the house, but no one seems to mind that she’s the ‘baby’ of the house in terms of her time online. She’s doing well, so they are here to support her.

How can you not like someone who is into books? Reading is such a beautiful thing, and it’s so much fun to pick up a book made of paper these days. It’s not as common as it once was with the ease and convenience of things like digital downloads, so we are so excited to realize that she’s a lover of the old-fashioned tangible book. She cannot go into a book store without bringing home at least one new read.

For someone who has only posted 12 times, she’s got more than 10.5k followers on her Instagram page. Her first post was made on May 19, 2019. We’ve noticed she’s either all over posting regularly over the span of a week or two, or she’s missing for months. There is very little in-between when it comes to her Instagram platform.

4. All of Her TikTok Videos Get Major Views

She’s got a lot of videos online, and it seems to us that she’s got at least 10k views per video. Most of them average a lot more than that, and she’s even got some that are well into the six figures where views are concerned.

5. Her Videos Are Simple

She doesn’t go out of her way to do anything too complicated. She films herself making videos while lip syncing music she likes. She sometimes shares the screen with the friends she’s made in her house, and she is clearly not trying too hard. She just comes across as super likeable and fun, and that’s what people enjoy about her.

6. She’s Enjoying Her Time in the House

While the rest of the world is busy social distancing and spending time worried about what is going on, she’s got other plans. She’s clearly busy enjoying pool days and quality time with the people she’s able to live with in the House, and she’s making the most of it. They seem to be having a good time, and they seem to be embracing one another as they get to know one another.

7. She Has the Most Gorgeous Hair

And what’s even more amazing about having her hair is the simple fact that she embraces it. It’s wild and free and big and amazing, and she has given the rest of the world major hair envy. She’s definitely going to inspire a lot of young women to embrace their natural beauty, and we think that’s an amazing thing for her to do.

8. She Doesn’t Care what Anyone Thinks

She’s got videos of herself dancing it up in the middle of what appears to be a store or a fast food restaurant. Her caption is that the cashier must have been confused, and we are all here for it. We love that she’s comfortable with who she is and doesn’t care – at all – what anyone thinks of her.

What we love is that she’s been living her life in the house with her housemates teaching them her moves and her life. She’s added several videos of herself dancing and trying to teach her friend Chris Daniels how to do the same. He’s clearly nowhere near as good at it as she is, but she doesn’t seem to care at all. She’s enjoying herself.

One thing that is for sure about this young woman is that she is good at keeping her personal life personal. She does not share much of anything about who she is or what she is up to, but that’s a good thing. You want to keep people wanting more and coming back for it. Though, we can see that she and her housemates have quickly become friends, and they seem to be having a good time with one another from her posts.