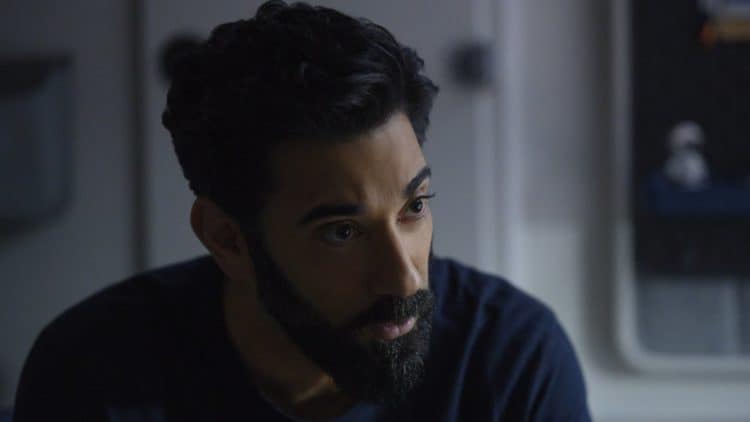 With his combination of striking good looks and top-notch acting skills, Ray Panthaki has two of the most important ingredients for a successful career in entertainment. Ray, who was born and raised in England, made in his on screen debut in 1998, and he has been climbing his way to the top ever since. Ray’s ability to take on a wide variety of roles and play complex characters has allowed him to get dozens of opportunities. His most recent role in the new Netflix series, Away, has introduced him to an even wider audience and is helping him get the international recognition he deserves. Keep reading for 10 things you didn’t know about Ray Panthaki.

1. He Once Lived On The Streets To Prepare For A Role

Actors have different methods of getting into character and some prefer to take more extreme measures when it comes to preparing for a role. When Ray played Vincent in the 2007 movie The Feral Generation, he spent a week living on the streets in order to get ready for the role.

Being in front of the camera definitely has its perks in the entertainment industry. But Ray isn’t just in it for the perks. He also has some behind the scenes experience as well. Ray is a talented writer who currently has three writing credits. He has also done some work as a producer and director.

In many ways, the opportunity to do the series Away from a dream come true for Ray. Not only was it a good look for his career, but it also related back to something he’s been intrigued by since he was a child: outer space. He has always been interested in the possibility of life on other planets.

4. He’s All About Positivity

Even though the entertainment industry is full of bright lights and expensive brands, it also has a very dark and negative side. We’ve all heard horror stories about the realities of Hollywood. However, that isn’t something Ray chooses to focus on. Instead, he is all about using his platform to spread positivity which is one of the reasons he is so excited about Away. In an interview with Forbes he said, “I’m excited for audiences to see something so positive. It’s a beautiful message that resonates today because it’s about selfless pursuit for the benefit of the world in a culture that feels very much about self.”

Ray has always been the kind of person who likes to enjoy life as much as he possibly can. One of his favorite ways to do that is to travel. Over the years, he’s gotten the opportunity to visit several countries including Dubai and South Africa. However, no matter where he does, London will always have a special place in his heart.

6. He Has Indian Roots

Ray was born and raised in London to second-generation British parents in England. His family’s roots go back to India. While his British upbringing has played a huge role in the person and actor Ray has become, he has lots of love and respect for his Indian ancestry.

Like many other actors, Ray is also part of the theater community. He made his theatrical debut in a 2008 production of In My Name at the Trafaglar Studios. He has also worked with the Royal Shakespeare Company where he appeared in the play The Empress.

8. Jealousy Is What Sparked His Interest In Acting

Most actors will tell you that their love for entertaining and performing is what led them to a career in acting. But for Ray, it was jealousy that initially got him started. During an interview he said, “At age 11 I got introduced to the world of acting through jealousy. Let me explain. A friend in school was a child actor and got so much love and attention for what he did, so me, being an extremely shy introverted kid who found it hard to connect with people wanted some of that. So, I went home to the folks and asked if they could get me into an acting school…Apart from being shocked and weary by this sudden revelation from the kid that couldn’t speak, they supported it…”

9. He Draws Inspiration From Lots Of Places

Inspiration is one of the most important elements of the creative process. Throughout his career, Ray has been able to draw inspiration from lots of different sources. Some of the biggest influences in his life have been Jesus, Marlon Brando, and Nikola Tesla.

10. He Encourages People Not To Let Life Pass Them By

Most people can relate to the feeling of being so caught up in something that they ignore some of the most important things around them. Ray Panthaki has experienced this too and he has missed out on lots of meaningful moments because of it. He has since learned the importance of appreciating the important things in life, such as time with loved ones, and he encourages others to do the same.