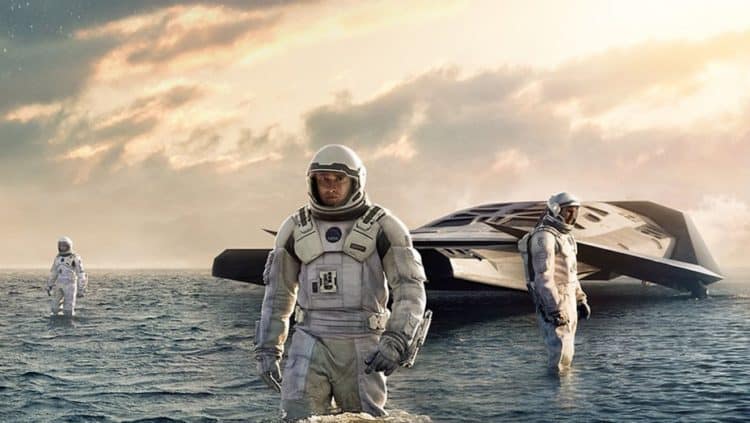 If you want to know the reality of something then getting someone that’s actually done it to offer commentary on any and all representations you can get that are deemed to be the most interesting or possibly most accurate of that part of life. This is where Chris Hadfield comes in, as he’s been an astronaut and has been there, done that, and has the kind of experience that is invaluable when it comes to describing just how accurate or inaccurate movies can be. Listening to Chris it’s easy to have your illusions shattered if you’ve never questioned the movies, but if you have some sense of what’s real and what might not be entirely true in a movie then he sheds a light on a lot of different aspects that he finds to be genius or cringe-worthy. The reactions he gives are great since having been there and done some of the things that are shown in the movies it’s easy to see how Chris respects those that do their homework when making a movie and how he can’t help but laugh at others that shoot from the hip. To hear it from Chris a lot of the science that goes into the movies that deal with space travel and various other subjects at the same time can be entirely accurate, but again there are those that take the fiction aspect of science fiction and run with it a little further than others.

For some folks clips like this are kind of distracting and even take away from the overall joy of it, but for those of us that like to think about what we’re watching and how realistic it might be, the joy is still there, but the vindication that it’s not realistic is kind of a second bit of fun to engage in since it gives us the idea that as exciting as it is it’s still a big fantasy that we can have a good time with. Armageddon was perhaps one of the biggest space mission movies in the last few decades and a lot of people still remember it largely because of the all-star cast and, of course, the popular Aerosmith song that came from it. But the science behind it was no less confusing than what was used in Deep Impact, which also had a fairly great cast but didn’t perform nearly as well as Armageddon in terms of popularity. While a lot of us might not know much, if anything, about space travel, landing one shuttle, let alone two, on a moving object that’s surrounded by debris and is basically a giant hunk of rock with spikes jutting every which way sounds a little dodgy. But when Chris explains it the idea that it might even be remotely possible flies right out the window.

Some people might want to argue with Chris and others that speak in these videos but really the only argument is why anyone believes that much when it comes to the movies. There are those flicks that get things as close to accurate as possible, but the movies are basically an imagining of real life, or a presentation with a few creative moments thrown in since otherwise they’d be documentaries going over just what went into each event and how things came together. Space movies have almost always been popular in the theaters or even at home since they invite a sense of wonder and awe to the average viewer, most of whom have never been to space and might not have ever been in an airplane in their life. There is something very serene about the images of earth in said movies and the black, starry expanse that’s broken up now and again by a planet or celestial occurrence that get thrown in for color or just to keep the audience interested. Seeing it in person would definitely be something a lot of people might be interested in, but until such a thing can happen, watching the movies is going to have to be enough.

Personally, these types of movies are kind of nice since it gives a lot of people a better idea of the world they live in and how the movies portray small pieces of it. There are some that go over war movies, some that go over spy movies, and so on and so forth. There are so many that just about every genre is touched upon at least once. There are even those that go into the artistry of tattoos and their historical meanings. Whether a person wants to believe the people speaking or not is their concern, but all a person has to do to test their veracity is look them up on a search engine and verify who they are, and what they’ve done. Some folks might be kind of surprised.