Kim Zolciak has released her follow up season to last year’s “Tardy For The Party”, which is aptly called “Google Me.” The song is okay in tone, but nothing I would rock on my iPod personally. It sounds as if Kim is talking more than singing. Just my personal opinion. Expect Mr. Andy Cohen to play this song nonstop during Watch What Happens Live! later on in the year… Here’s a snippet:

I still prefer “Tardy For The Party”…

Just when I thought that the ladies of Orange County were immune to crazy drama, I run across two nuggets on the netÂ today worthy of their induction into crazy town.

Simon Barney, the husband of OC Housewife Tamra Barney, was arrested for domestic abuse early this morning, reports RadarOnline.com. According to the article, Simon hit Tamra with a dog leash after returning the couple’s dog, which they share custody of. The incident happened in front of the couple’s children, who cried over the scene as it unfolded in front of them.

Simon claimed that the leash slipped out his hand in a text sent to Tamra later. The reason for his anger? Simon was upset about Tamra planning a birthday party at her new house instead of a “neutral location.”

Simon was arrested for domestic violence with bail set at $10,000. No word yet if cameras were present during the incident.

Elsewhere (or around the corner), Gretchen Rossi was served with a lawsuit by former boyfriend Jay Photoglou when she arrived to a dinner party thrown by her friend and RHOOC cast mate Peggy Tanous. Photoglou is suing Gretchen for libel, slander, and other counts according to RadarOnline, who also says that this has been an ongoing situation for Gretchen. According to Photoglou, he and Gretchen used to be a hot item, which is an assertion that Gretchen does not acknowledge despite Photoglou has providing evidence to his claims.

The lawsuit was served while the show was being filmed inside Peggy’s house, but was not caught on tape. Hopefully it will become a storyline next year, because if Photoglou is suing Gretchen because she won’t claim him as an ex, then I seriously suggest he take the money he’s wasting in court and invest in some counseling of some sort. Seriously.

Remember that post about TMZ’s deposition video of the lawsuit against Danielle Staub which featured Caroline’ Manzo’s ultimatum to Bravo? Well, Caroline did NOT want that tape to get out.

Zap2it’s resident Real Housewives guru Jethro Nededog broke the news that TMZ was not supposed to have leaked that video and is fighting with Bravo to get the clip pulled from the site. I had my doubts about a deposition being released to a tabloid, but hey, what do I know?

Caroline just wants to put the Danielle mess behind her, according to Zap2it’s sources, and is not backtracking on making her declaration to Bravo.

Thoughts on the latest Housewives drama? 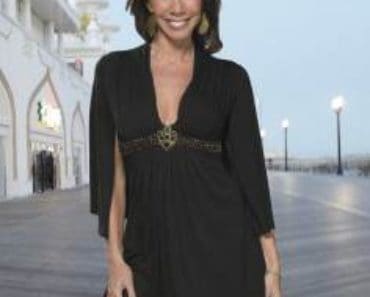 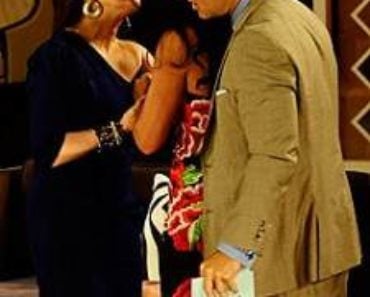 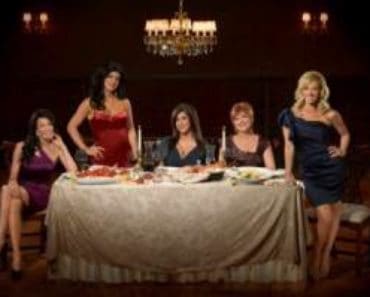