Home
Shameless
Reasons Why “Lip” is the Best Character on Shameless 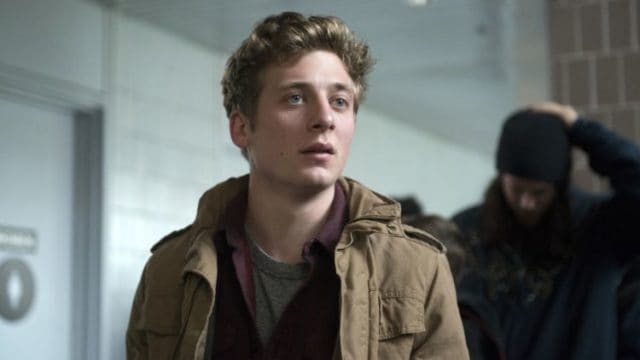 The Showtime Hit “Shameless” is the American version of the British series of the same name. Whether it’s life in the slum across the pond or life on “The South Side” both series have been lauded for their refreshing look at the Gallagher family, who must make it on their own as mom is bipolar and dad is a drunk. Sure, Fiona is in charge most of the time, but Philip Ronan Gallagher (known simply as “Lip”) is the second oldest so he has his share of responsibilities. He’s not only cute and funny but he’s a super genius. Here are some reasons why “Lip” is the special favorite of fans of the show “Shameless”.

When a Korean-American student tries to pay him less than the agreed upon price for a term paper on “The Great Gatsby” Lip lets him have a string of insults instead of the paper. When the student is upset that Lip tells him to stop speaking “fake Korean” Lip tells him that he just tells it like it is and that speaking reality is not the same as racism. He wants the full 50 bucks that they agreed upon.

Lip Is On To Monica

When mom comes home all of the young siblings melt.Even Fiona is hoping that she changed. No such luck and Lip told her so all along. He was the only one not disappointed by her bizarre behavior. He told Fiona to never leave out money, ever!

He Took Care of Liam

While Fiona was in prison, Lip smuggled little Liam into his dorm room so he could babysit him. What other big brother would do that?

He Stood By Karen

Lip and Karen Jackson have an interesting history, starting with her diving under the table when he first came to tutor her, with her mother right there in the room When Karen Jackson, daughter of the crazy Sheila, got pregnant, she threatened to sell the baby to the highest bidder. Lip was willing to sacrifice his future to be with her, but she wanted no part of motherhood. So he helped her try to find adoptive parents for the child. The baby turned out not to be Lip’s and the child was born with Down Syndrome, so the adoptive parents bailed. Lip’s excitement up until he saw that the child was clearly Asian was heartbreaking.

Fiona is used to being the one to dole out the tough love to her siblings but when she screws up and Liam almost dies by ingesting cocaine, Lip doesn’t sugarcoat her crime. He tells her that yes, she is guilty. Although the situation was horrible for the nearly always responsible Fiona, he didn’t let that get in the way of telling her what an awful mistake she made.

Yes, the book work comes easy to Lip but having to work in the school cafeteria is a job that’s tough for any college student. Bright as he is, he still has family responsibilities and he fulfills them not only by working hard but by stealing food for the family.