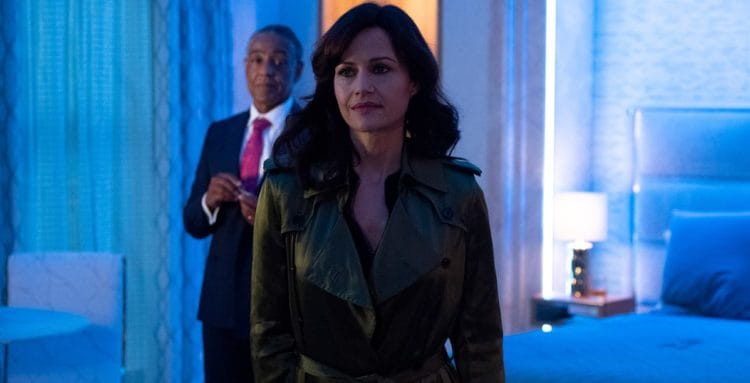 Jett is the story of a female thief that is trying to stay out of the business but can’t seem to make it happen, which is pretty typical of these kinds of shows. As Alan Sepinwall of the Rolling Stone puts it, she is the kind of thief that is just so good that she kind of attracts the wrong people that find a need for her services again and again. Of course the deeper that one goes with certain individuals the dirtier they’re bound to get as we’ve all likely seen in cinema and TV over the years, and it’s not too long until she gets in over her head according to the trailer. But while that might be a danger for the character and all who know her it’s a great idea for the ratings since people tend to love drama, action, and everything that results from the merging of the two. There are a few reasons why this might be a good show to watch.

Here are just a few that you might want to consider.

10. The idea is still one that has a lot of life left to it.

You might think that the average crime thriller is kind of old, passe, and done. But every now and again a show or a movie comes along and takes a stab at the idea and manages to nail it right out of the park. When this happens it’s wise to pay attention and be where you can see the action unfold.

Even when he’s supposed to be the good guy in TV or in movies Giancarlo is still something of an ominous character since quite honestly he’s a bit creepy in the way he composes himself and then speaks so calmly to others. But while he’s a lot more composed than he was in Breaking Bad he’s still just as ominous in this show.

8. There’s nothing that’s really cut and dried about it.

One very big problem in any show like this is that they become too predictable and can be called down to the minute in terms of action, what’s going to happen, who’s going to die, and who’s going to turn on who. The suspense of trying to figure this out is great, but the idea of having no clue whatsoever is even better. So far this show seems to be delivering in a big way when it comes to giving just enough to be enticing but not enough to be predictable.

7. The usual skepticism about shows such as this still applies but not as much.

There’s bound to be something to be said about the show in a constructive manner but overall the criticism that might come shouldn’t be too harsh since unlike a lot of similar shows this one is at least retaining an edge thus far and hasn’t been softened for the audience.

6. It does show that women can be every bit as skilled and ruthless as men.

Steve Green of IndieWire notes that while she’s not infallible as a character, Jett is still pretty tough and can go toe to toe with the guys for a good while in this series. But where she’s truly dangerous is in the meticulous planning of each job and how she keeps things rolling according to plan as much as possible.

5. There is a quality to it that allows Gugino to seem motherly as well.

Being the talented actress that she is Carla can hit the switch and go from cold and aloof to warm and motherly in a quick second since that’s what seems to be required in this show. Quite often she has no trouble showing a compassionate side, but on the show it’s going to be a juggling act it seems.

4. It’s a series, not a one-off movie that goes nowhere.

If this was just a movie that would be over and done with in a couple of hours it might seem a little less effective since there wouldn’t be enough room for development of the characters. But seeing as how it’s a series it should have plenty of time to allow viewers to get to know the cast.

3. Crime series still have a lot to offer.

Some folks might want to argue that anything involving crime has been done any number of ways and is simply a tired story. But this series would gladly debunk that since it takes things in a refreshing direction that keeps the audience interested.

2. There seem to be enough twists to make it enticing.

When dealing with a criminal element the understanding in movies such as this is that there is always going to be a twist of some sort and there will almost always be a turn that will prove dangerous for the main character.

Michael Appler from Variety points out that this is unlike any character that Carla has ever played before and if you want to check to verify feel free since she’s done quite a bit in her career but nothing every quite like this. For Carla this is a big step up and a way to move forward with a career that was already fairly promising.

Now would be the time to catch up on the past episodes so you can enjoy it.