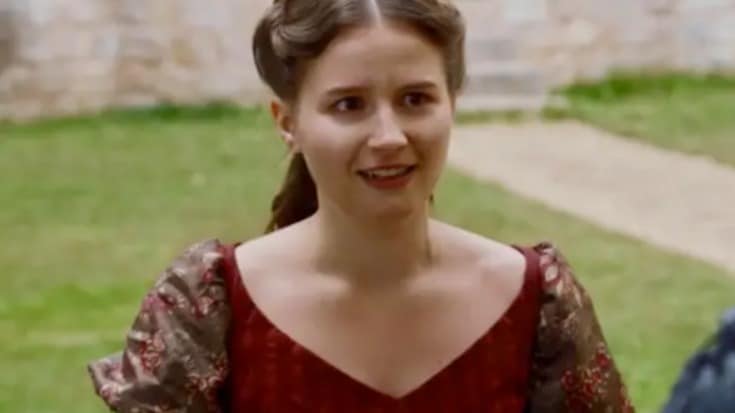 Rebecca Benson is best known for her role as Talla Tarly in the sixth season of the HBO series “Game of Thrones. She played the part of the sister of Samwell Tarly.” Since the series ended, some of her fans have wondered what she’s been doing lately. We were also curious so we looked into her social media accounts and scouted around to find out more about the talented young actress and we made some interesting discoveries. Here are 10 things that you might not know about Rebecca Benson along with an update on what she’s been up to lately.

Rebecca Benson was born in the city of Edinburgh, in Scotland. Her birth date is April 24, 1990, and as of 2019, she is 29 years old. She was raised in the area and got her start in the entertainment industry there. Benson attended the Royal Conservatoire of Scotland and she graduated from the school in 2011. It was at this time that she embarked on her professional career in acting.

2. She is also a stage actress

Rebecca landed a very important part in a production of “Let the Right One In,” while working at the National Theatre of Scotland in the play. She was cast in the starring role of Eli. She made her way to the United States with the troupe where the play opened in January of 2015 at St. Anne’s Warehouse, in Brooklyn, New York. Stage acting requires a great deal of focus and concentration and to be recognized for stellar performances on stage is quite a feat. All of the acts of the plays are performed live so there are no do-overs. You simply deliver your lines and if it’s not right, you’re stuck with the results. She did very well as a stage actress.

3. She has worked with Michael Fassbender

Ms. Benson has worked with some big stars in the short time that she has been an actress. She appeared in teh film “Macbeth” in 2015. One of the stars that she worked with in the project was Michael Fassbender. Rebecca has also appeared in two television crime drama series including “Shetland,” and “Vera.” She has appeared in a good mix of leading roles and supporting roles and is building her resume for even bigger events in the years to come.

4. Rebecca will need to avoid typecasting

Her performance on “Game of Thrones” seemed to come naturally for Benson. She also appeared in the Starz series “The White Princess” as Margaret Plantagenet. She is very good at representing characters from past eras but there is also a danger involved in sticking with one genre. It is too easy for actors to become typecast, then overlooked for other promising roles in film and television.

There are a lot of Rebecca Benson’s fans who are interested in knowing if she is married, dating or single. What we know about her is that she is not married. She has been busy pursuing her career in acting and when we attempted to learn of past loves or people that she may have dated, we turned up absolutely nothing. Either Benson is very good at hiding her love life or she simply hasn’t made time for romance in her life. There is no indication that she has a boyfriend or a girlfriend at this time. She is, however, a very private person so perhaps she just keeps her personal life hidden from prying eyes.

6. She’s still working as an actress

For those of you who are wondering where Rebecca Benson has gone, she’s still busy acting. Her most recent appearance was in 2019. She appeared in the television mini-series titled “Year of the Rabbit.” She can be seen in episode 1.2 as Harriet Fisher. She has also been playing the role of Melody in the television series “Flack throughout 2019. Benson’s plate has been fairly full this past year, but that is good news.

7. She leads a very private life

Rebecca Benson has been acting since 2011 but she doesn’t have a big presence on social media. When we tried to find her on popular sites such as Twitter, Instagram, and Facebook, our searches turned up very little information. We weren’t even directed to a locked site. It appears that she doesn’t have an active Instagram account, but we’re hoping that at some point in the near future she’ll set one up. There are lots of fans who would love to keep up with what is going on in her career. It seems that she is enjoying her privacy right now. This leads us to assume that she isn’t after attention and she doesn’t feel the need to advertise her accomplishments to the world.

8. Benson is on Tumblr

If you’re interested in seeing some great photos of Rebecca Benson then we found them on Tumblr. There are quite a few that show her in full costume in the various roles that she has played throughout her career. This is an amazing resource for her admirers.

9. Her career is just getting started

Benson may not have a lot of acting credits in her portfolio yet but she is one her way. She has proven her merit and has snagged some meaty roles so far. She’s still young at just 29 years old and it appears that she is being kept busy with all the work that she can handle at the moment.

10. Rebecca Benson is one to keep your eye on

Although Benson has been in the business for 8 years, she has been productive in getting her name out there. She’s been cast in some memorable parts. She’s secured more lead roles as a stage actress than in television or film, but that could change. We believe that she has the potential to do much more in her career but only time will tell. She’s a delightful actress who delivers with class and style and we’re looking forward to whatever the future may bring.