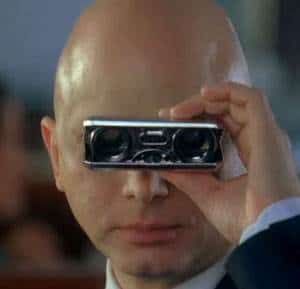 An Observer (not our Observer, but another one, who we will refer to as August because that is his designation) writes in his journal as he watches a young woman through his binoculars. He closes his briefcase, hiding a teddy bear and walks away, leaving his journal on the bench. He approaches the young woman and asks her to please come with him. She refuses and he drags her over to a vehicle. He puts her in a choke hold and tosses her into the back seat. A security guard tries to interfere but August shoots him with an energy pulse weapon. The guard gets a shot off but August is not hurt. August sends an electrical pulse through his finger into the ignition and the car starts. He drives away.

Olivia is woken up by her niece Emma. They have a girls day out planned at the amusement park but Olivia gets called into work and Emma gets sent to the babysitter’s.

Olivia arrives at Peter and Walter’s house, where Walter is preoccupied with replicating a strawberry ice cream flavour. They ask if there is anything he hasn’t told them about the Observer. He says no, but seems surprised that the Observer committed a kidnapping.

Astrid has downloaded security footage. Olivia notices that although the description is the same, it is not the same man. There is more than one Observer! The footage also shows August catching the bullet. “Who are these people?” Peter asks in amazement. Walter says nothing but looks incredibly guilty. Astrid also reports that they found his journal on a nearby bench.

The young woman wakes up in a hotel room. She’s sitting on a chair and August is tying her to the footboard. He does the doubletalk thing with her before he gags her, telling her it would be better if she remained quiet.

Broyles identifies the young woman as Christine Hollis. She has $2700 in her bank account but they don’t have a home address. (Well, the BANK WOULD!!! Sorry, that on bugged me.) Broyles is also surprised at the kidnapping. Twenty-four years ago, one of them saved Peter. Since then, they’ve only watched. Why are they getting involved now?

They may have a lead on the Observer. There is a stain on the journal that may be blood. Peter asks Walter if the Observer ever told him why he chose to save them. Nope. Peter is sure that the Observers are part of what Bell warned Olivia about.

Astrid is analyzing the writing in the journal. It’s like nothing she’s ever seen. None of the characters she’s looked at repeat, meaning it’s not any kind of replicatable communication. What’s funny is that someone online also seems to be studying the symbols. As Peter and Olivia study the scans of the journal, Walter looks at the real thing… and seems to understand it.

Massive Dynamic. Brandon, who was the same tech who was examining the insta-disguise machines, is the one who has been studying the symbols. He’s found them recorded in different parts of the world over a period of thousands of years. He’s also found pictorial images of them in paintings going back centuries. He thinks they’ve been around forever. Or, Olivia notes, they can move through time. Brandon agrees. We can only move through time in one direction at one speed. Observers may have overcome this limitation. As near as he can tell, they show up at important times. Possible 24 times over the last 5000 years. And now they’ve shown up more than 2 dozen times in the last 3 months. 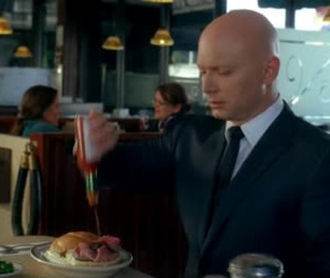 Our Observer and Observer #3 are in a restaurant adding hot sauce to their meals. Observer #4 shows up and says they have a “situation” with August. They don’t know who the young woman is but she was supposed to be on a flight. Which has already left the terminal. Observer #3 notes that August “has created an irregularity. We’ll have to correct it. Call Donald.”

Donald pulls out a very non-standard cell phone with the three-green-one-red light configuration. He activates an old, old printer and receives a photo of Christine. He screws a silencer onto his gun and goes to work.

Oh, they did get her home address. But she doesn’t live there anymore. Her roommate will be subletting her room while Christine spends a semester in Italy. Peter finds an old family photo. Roommate informs them that Christine’s parents were killed in the San Francisco quake of 1989. Peter shows Olivia the photo – there is an observer in the background.

Christine is a fighter. She’s been pulling so hard that the bed frame collapses. She falls free, hands still tied, to the floor. Then August returns with Chinese food for her. He sets her upright and is distressed when he sees the damage she’s done to her wrists in her escape attempt. “What do you want from me?” Christine asks. August opens the entertainment cabinet doors and turns on the television. “It would be easier to show you. It’ll be just a moment.”

Olivia and Peter are on their way back from the roommates when Olivia calls to check on her niece. She shares a story from her childhood and Peter assures her that she and Ella will have other girls days out to make memories. Then they hear the news of the crashed flight 821 (US to Italy). They check Christine’s itinerary and that’s the one she should have been on.

August tells Christine that she was going to die but he saved her. But she isn’t safe yet. He needs to go out again.

Peter is still hung up on why he was saved. Walter surreptitiously continues to read/translate the journal. Astrid discovers the stain is not blood but rather a very rare pepper imported by only one individual in the city. Peter and Olivia go to check it out. Walter tricks Astrid into leaving him alone at the lab; she runs an errand and he runs away.

August meets with the other Observers. He admits to interfering, which they aren’t supposed to do unless it is to “correct a mistake of their own making.” Observer #3 says that Christine doesn’t have a future. August insists she does because he has seen it. Observer #3 tells him that his perception must be in error but that his oversight is being corrected.

Walter arrives at a restaurant. (I don’t know if it is the same one where he met the Observer last time.) August is waiting. He left a code in the notebook that he was sure would catch Walter’s attention. Walter begs him not to take Peter away. August assures Walter that is not why he contacted him. He asks for Walter’s help. Walter says they should enlist Peter and Olivia’s help. August says that he suspects they are currently occupied.

Killer Don arrives at the apartment and sees pictures of Christine which span her short lifetime. He psychically(?) finds the page in the phone book that names the hotel Christine is stashed at. Peter and Olivia arrive. That woman does *not* know how to clear an apartment because Peter gets taken hostage… again. Don escapes and Peter and Olivia investigate the apartment, which contains century old newspapers and other stuff. Wow, that’s a long lease.

August says that since Walter saw past his own limitations, Walter should be able to find a solution for him. August says there is no way for him to protect Christine indefinitely. He knows she is important but he can’t explain how. Walter tells him that if he truly believes it, he must prove it and be prepared to face the consequences. 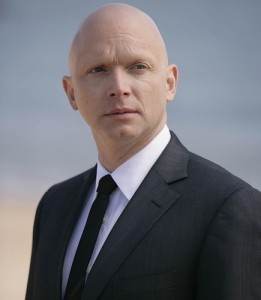 August returns to the hotel and asks Christine if she trusts him. She does. Peter and Olivia get a call saying the Observer has been… observed going into a hotel. Killer Don arrives and tussles with August, telling him to give up the girl. August refuses. Peter and Olivia arrive. August runs into the parking lot and Don shoots him.

Olivia goes into the room. She notices that the footboard-less bed seems bigger than the other bed. She removes the pillows and finds Christine wedged in between the mattress and the wall. Christine asks about her kidnapper and Olivia has no answers.

August is in the back of a car being driven by our Observer. He wants to know why August saved her. August says that he developed what they call “feelings” for her. He thinks he loves her. He asks our Observer is she will be safe now. The answer is “yes”. He made her important. She is responsible for the death of one of them. She is important now because one of them died to protect her.

Peter and Olivia talk to Christine. They have no idea why August decided to save her. Walter appears and gives her the teddybear from August’s briefcase. She is stunned – her dad won that for her the day he died. She’d last seen it in the back of the car which was crushed during the earthquake. Walter tells her that he believes she will be safe now. Peter wants to know why Walter didn’t say that he met with August. Walter has no answer.

Olivia gets updated by Broyles. Dead Don has been linked to 6 murders over the last 10 years. Also, the pulse energy weapon doesn’t work anymore. The current theory is that Peter used up the last round. Finally, the tip-off call came from the hotel. They believe that August made the call to get them there to protect Christine.

That’s all well and good, but Olivia wants the rest of the day off. She takes Ella to the amusement park and gets onto the same rollercoaster she swore she’d never go one. Observer #3 joins our Observer as he looks on. “Look how happy she is,” Observer #3 says. “It’s a shame things are about to get so hard for her.

This was well done. It gave us some answers but left us with even more questions.

1. The energy pulse weapon is now genetically coded to only work for Peter. Yes or no?