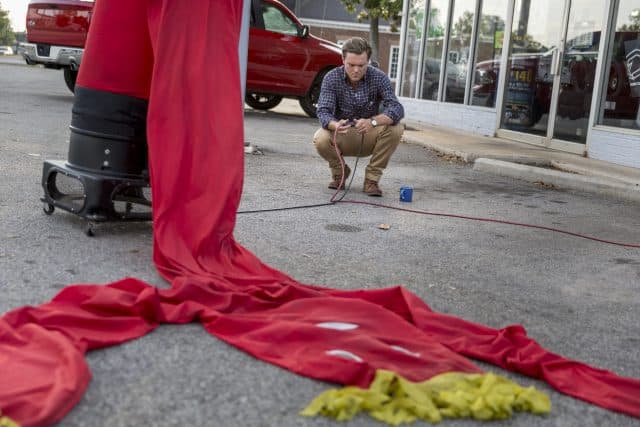 I can’t believe there are only two more weeks of newÂ RectifyÂ episodes until there are none, ever again. While last week’s episode was wrought with hope and positive changes for most of the main crew, this week was their “equal and opposite” reaction (Physics….get it?). Emotions were running high as each character began to deal with their issues, some in more productive ways than others. Either way,Â RectifyÂ remains compelling as ever as its final season winds to a close.

This week onÂ Rectify:Â Teddy begins to spiral as his future, both personally and professionally, becomes more uncertain. Jon Stern and Amantha see each other for the first time since Jon left. Daniel and Ted Sr. clear the air, and Ted Sr. goes on a side trip while Janet visits with Daniel and Chloe. Tawney visits the home of her patient after he passes. Jon Stern approaches the district attorney with his plans to help Daniel.

What I love about this show so much (among many things) is the ability it has to seamlessly shift between tones week to week. Last week took on a hopeful tone, and this week’s dealt with more demons and messy things. Each character dealt with some harsh realities and obstacles. It seemed that each character was dealing with some sort of obstacle before they could reach their peace or happiness. Each one had something that they had to do before they could move forward. For Daniel, seek PTSD treatment. For Tawney, find that man’s plaque. For Jon, fall on his sword to get justice for Daniel. For Ted Sr., see the place where Patsy Cline died. For Janet, meet the new woman in Daniel’s life. While some are decidedly more silly than others (Here’s looking at you Patsy Cline), what they represent is the overcoming of obstacles to move forward to the next stage in life.Â RectifyÂ uses the most interesting and beautiful metaphors to get its points across.

What I’m most interested in asÂ RectifyÂ reaches its final two episodes is how the situation will play out. Will Jon Stern have the opportunity to clear Daniel’s name? Did Daniel actually commit a crime that night? Jon is clearly talking about a new trial for Daniel, which could take years to resolve. I do not think that the final two episodes will span years, so I imagine that this will be something a little more cut and dry. Here’s what I predict: Sheriff Daggett, Jon Stern, and the DA will uncover irrefutable evidence that Daniel did not kill Hanna Dean, but Daniel will refuse to go to trial over it. That just feels in line with the characters and their motives

I have so many unanswered questions that I’m not sure will be answered over two episodes. But, as is the case with the rest of the series to now, I’m confident that the end will be satisfying. It’s never been about the “whodunnit”, but about the characters and how they grow, change, and are affected by one another. And every step has been beautiful.

Daniel’s visit with Janet continues, while everyone stares down a few of their obstacles on this week’s compelling episode of Rectify.