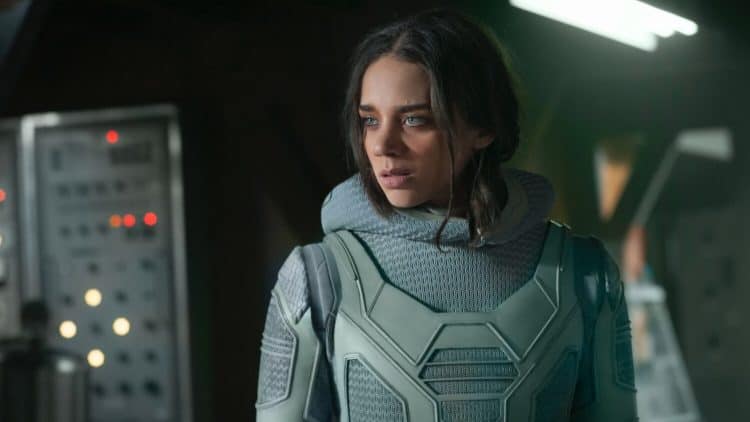 Hannah John-Kamen doesn’t really have the look for the role of Red Sonja, but she’s taking the lead in the coming movie all the same, and there are a lot of things that could be said when it comes to why this is happening and why speaking anything but praise for the decision might be seen as a faux pas. But I won’t go there simply because she is a good actress, even if the idea of Red Sonja doesn’t appear to fit. Maybe I’ll be proven wrong, but considering that the comic version of Red Sonja is a rather tall and very fierce-looking redhead, which is easy to fix obviously, it still feels that Hannah isn’t the one. Trying to cut through all the praise that’s been given to her at the moment is a little too difficult though, and on top of that, it’s bound to happen that anyone with a different opinion might want to slam those that say no to this casting, as it tends to happen from time to time. As people have said, superheroes are changing, and that’s true, but some of the more fundamental characters kind of need to be left the same at times, if only because the source material would be nice to see before a director goes traipsing off wherever their own vision might lead. Red Sonja has been one of the strongest and most skilled women in pop culture for years, and while she’s an earth-based individual that lives in ancient times and therefore doesn’t really interact with that many people save for Conan on occasion, she’s still regarded as one of the toughest individuals in her story. Seeing Hannah take on this role doesn’t create any negative feelings, simply a mild bit of frustration that might be alleviated when the movie is finally filmed and is on its way out.

It’s always easy to say what is on your mind until the finished product is rolled out and ready to go, and in this case, it’s definitely better to think that while some might have reservations about it, Hannah could surprise us all. The Conan reboot that was given with Jason Momoa had its moments and he’s definitely suited to the role, but the horrible dialogue and plot were what really killed that movie. On top of that, as cheesy as the old movies were, and they were, don’t kid yourself, they were still what we had while growing up, and they’re the type of movies that we expect, just better. It makes sense really, people want the adventure and sword-slinging, but they don’t want something that’s going to be so dependent upon CGI that it becomes one of the many movies that have been laid low by the horrible CG that’s added in. To be fair, the main issue with Red Sonja won’t be the actress taking the role or the whole idea of whether or not she’ll be able to perform. It’s bound to be the story that will be delivered to the audience and the overall effect that it has if anything is less than perfect. Red Sonja was an interesting idea when it was released with Brigitte Nielsen as the star, but even then it was kind of obvious that there were glaring holes in the script and in the act. People let it go at that time though since there was still a demand for fantasy stories and Red Sonja became one of those that a lot of people could get behind. It also showed that a woman could be the lead in a fantasy movie and not just the damsel in distress or supporting actor as Valeria was in Conan the Barbarian. Of course, if there was any justice, Valerian would have been the female warrior that people looked up to since she was a badass as well, and might have given Sonja a run for her money in terms of fighting.

But moving ahead with Red Sonja it’s a big hope that Hannah will be given a look and a story to follow that will do enough to bring the redheaded warrior to life and give people a reason to cheer for her apart from the memories that they can bring to mind. It’s always a desire to see the heroes that we cheered on as kids and adolescents being represented in the best ways when it comes to the movies, and Red Sonja is one of those that a lot of people have been waiting to see for a long time since it’s been a long time since she proved how awesome she was, and in this day and age, it’s bound to happen that she can be just as great if not greater. We’ll have to wait and see what happens, but hopefully everything will work out.