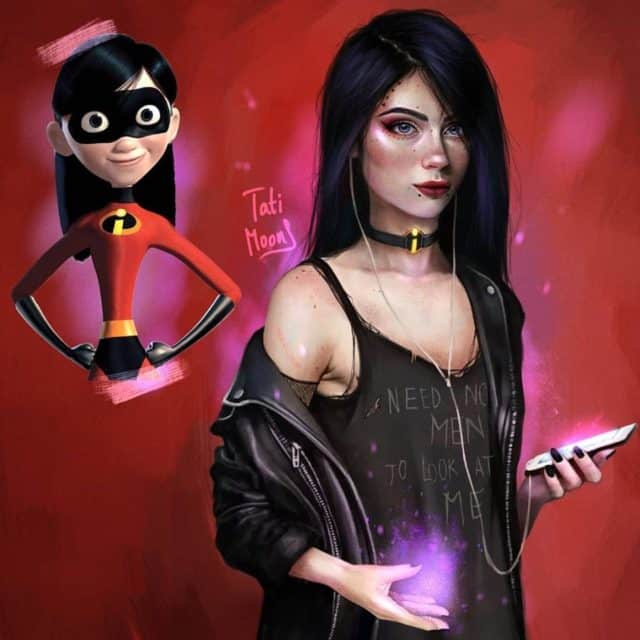 These pictures of Disney and Pixar girls seem to indicate that no matter how innocent most of them are they’d all be tough enough to wear piercings and/or sport tattoos of some type. I might have to argue just a bit but in modern times some of these depictions look like they’d be pretty accurate. Also, it would seem that the artist has a very feminist streak going that’s nice but also very bold and right in your face. It’s not a bad thing, it’s just noticeable is all. The realistic look of each woman, like Violet up above, definitely gives them a new look.

Seeing them in a more real fashion definitely makes them a lot more appealing. 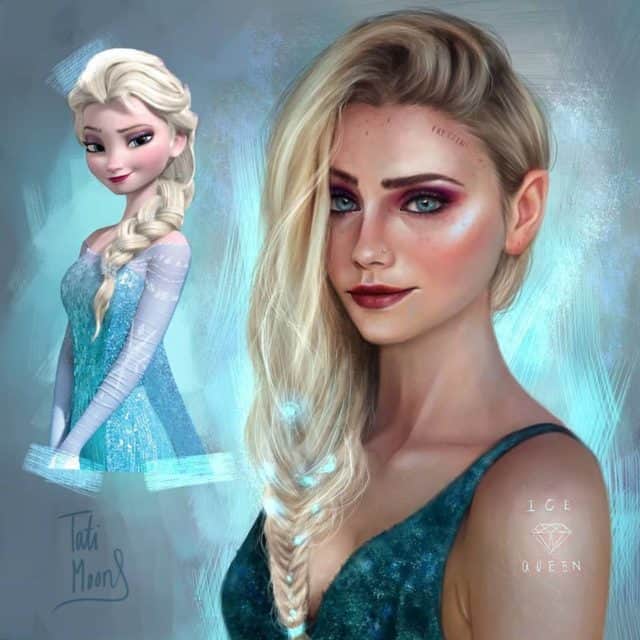 Elsa would likely be a platinum blonde more so than a white-haired young woman since a lot of folks tend to look at those with pure white hair kind of funny. There’s definitely a more rosy cast to her cheeks that looks a lot healthier and her eyes are even warmer than they were in the cartoon. She’s still got that aloof kind of look that makes you wonder what she’s thinking. 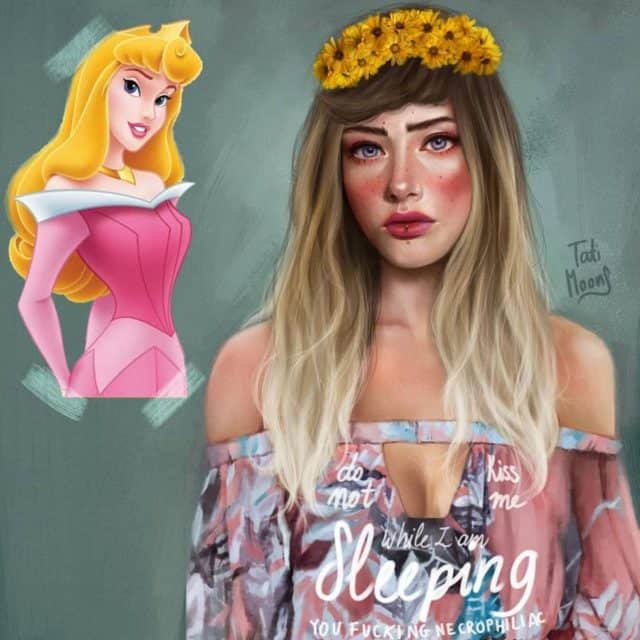 Aurora doesn’t look quite as innocent in this picture, as though she’s seen and possibly done a few more things in life than she did in the cartoon. She still has an air of innocent about her that hasn’t been spoiled or ruined somehow, but unlike her cartoon counterpart she actually looks pretty worn in a way, as though she just woke up or never really went to sleep the night before. 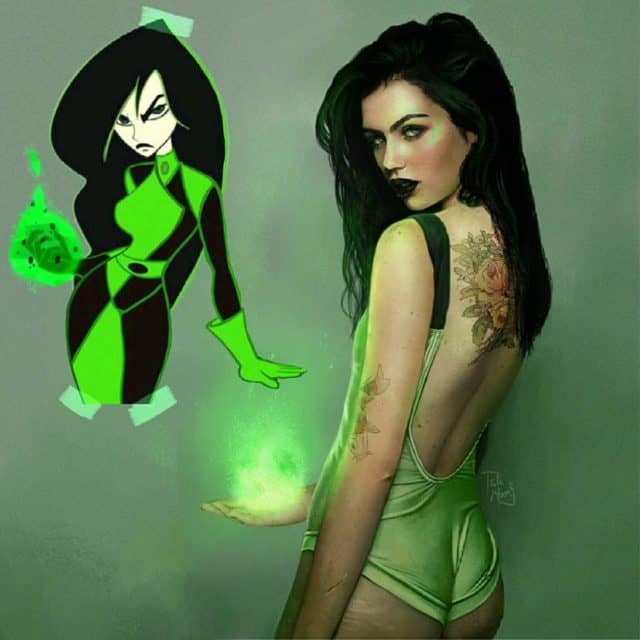 Shego just looks sinister, even more so than her cartoon version since in the realistic version she appears as someone who looks like she could lay you out and smile about it while she was doing it. That dark look over the shoulder seems to indicate that she’s deciding more or less how she’s going to dispose of you, not why she’s going to do it. 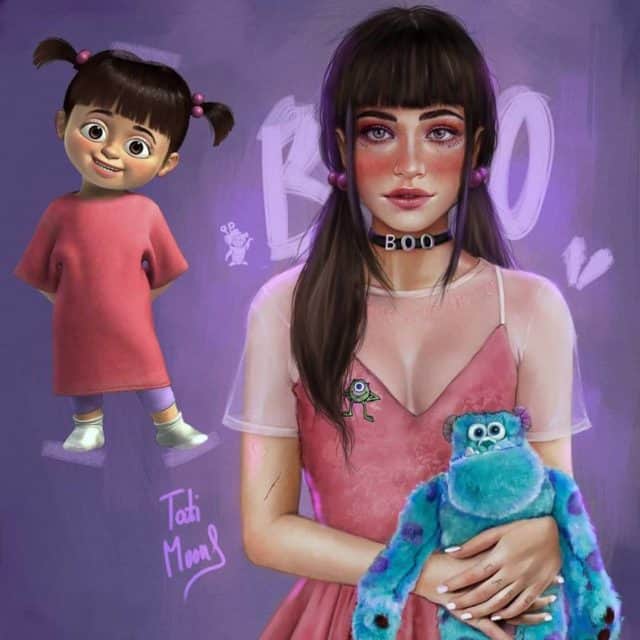 A few things are obvious with Boo. She never outgrew pigtails, she still likes the color pink, and she never forgot Mike and Sully, or ‘kitty’ as she called him. That precious little girl that wandered so freely into the monster’s world grew up a bit, but I wonder if she still believes in monsters or thinks that they were just fun childhood fantasy. 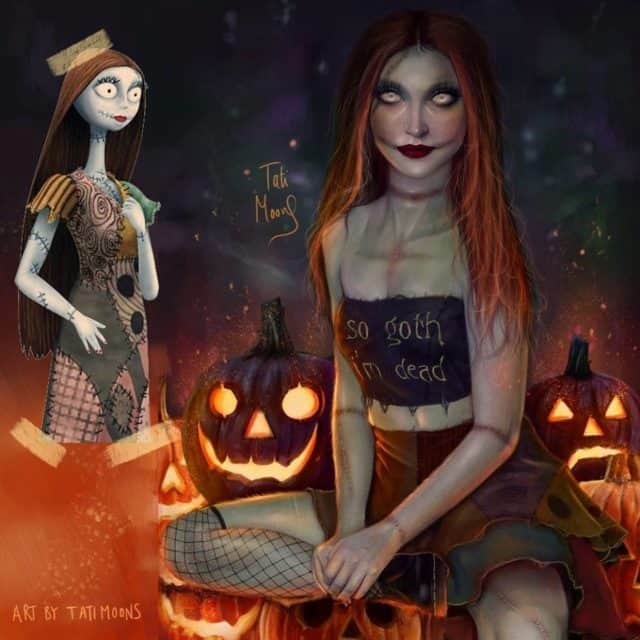 Obviously someone made of stitched-together parts can’t really grow up but Sally looks better in this picture than she ever has. Let’s just hope though that no one ever thinks to do a live action version of Nightmare Before Christmas since the scenes with Sally would be kind of creepy and hard to watch. You do remember that she stitched herself back together right? 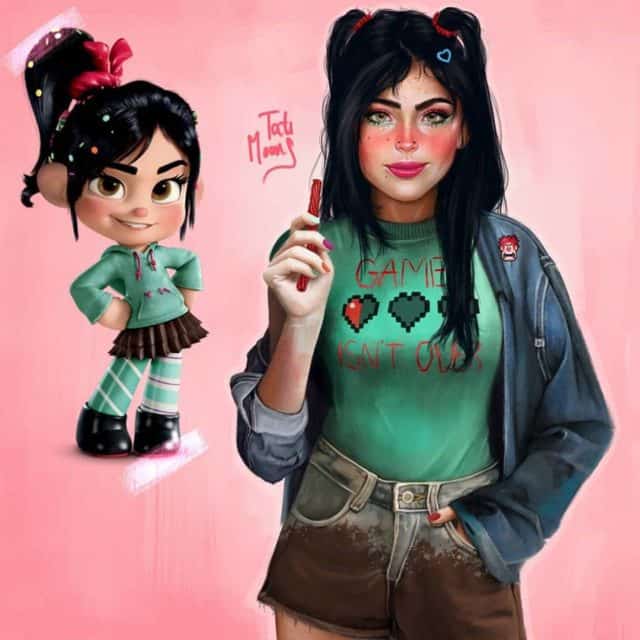 The fast-talking, wisecracking little girl from Wreck-It Ralph definitely grew up but kept the attitude and her memory of the big guy. They actually have a movie coming out eventually that will have them taking on the internet this time and seeing how badly Ralph can wreck that up. It should be fun to watch. 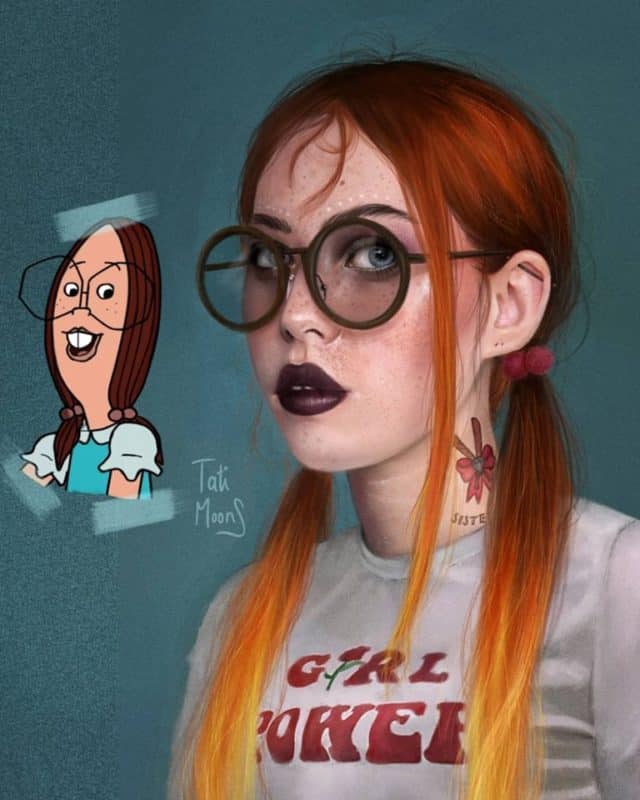 Gretchen definitely grew up but from the look of it she’s still the same more or less, maybe a little more sassy than usual but definitely into the idea of girl power. 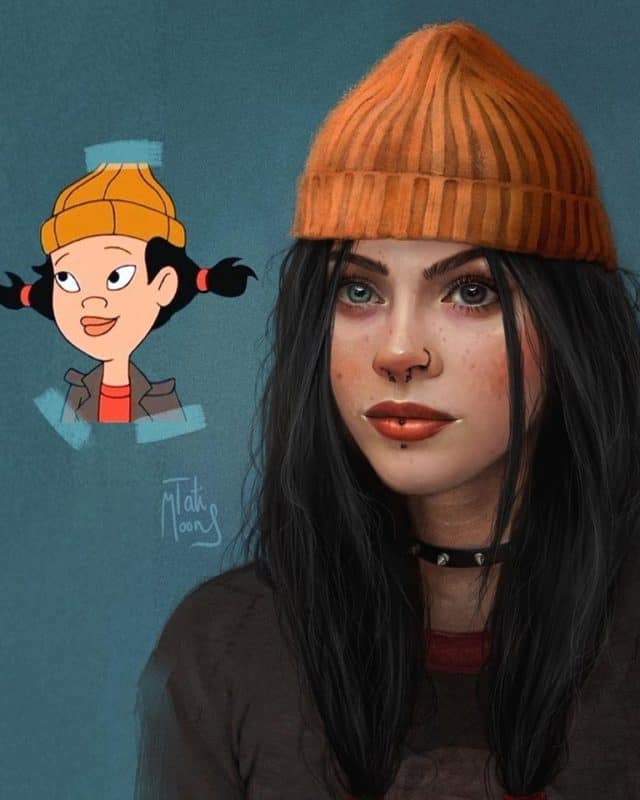 It’s not at all odd that I can see Spinelli leaning in the direction of such a look, almost like a skater girl in a lot of respects that might have a heart of gold hidden beneath the dog collar and piercings.