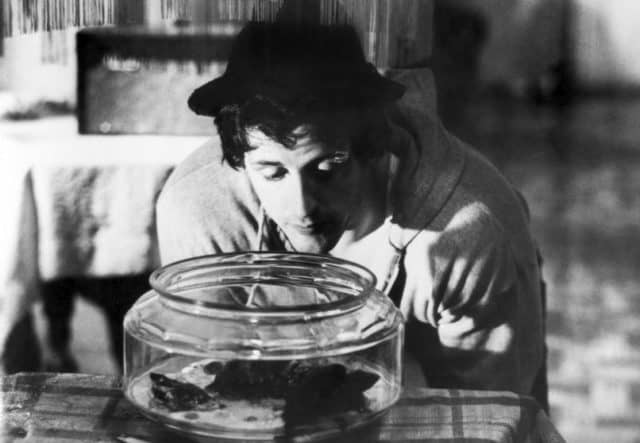 A lot of people would look at a turtle and say they all look alike. A lot of people would then claim that this is true and that telling them apart would require some massive difference between them to really tell the difference. As true as this is at least two turtles that have had a career in film, however brief, were noticed 30 years later when they were still around and kicking. The turtles known as Cuff and Link from the original Rocky movie are apparently still doing just fine as they’ve been kept safe and happy by John Stuart, the nephew of the man that once owned the pet store that Adrian worked in throughout the first movie.

You might think that thirty years is a long time for any animal to stay alive but turtles can live for up to 80 years, so Cuff and Link still have a good chance at living another four decades or so. That seems like a long life for anyone but turtles are known to have long lifespans, and their larger cousin, the tortoise, can live up to 150 years. You might wonder how a turtle can live so long but there are no real hard facts that support a quick answer. There are theories however that might give people an insight as to why these hard-shelled individuals can seem to outlive a good number of folks.

For one their long lifespans allow them to procreate more than once. In the wild turtles and tortoises don’t always have the most ideal conditions in which to spawn. Predators and harsh environmental conditions make it necessary to procreate more than once and to do so in greater numbers. Hatchlings are very vulnerable to predators and a certain percentage of them don’t make it to adulthood.

Another theory is that they are slow in just about everything they do. Turtles move slowly, react slowly, and age slowly. This means that even their metabolism is slowed down and as a result this allows a type of longevity that seems highly unnatural to those of us that are aging a little bit each and every day.

The turtles have actually gotten a good deal bigger since their screen debut back in the first Rocky movie, and are now about eight inches across from tip to tip. Stuart felt the need to dispute the claim that the turtles shown in Rocky Balboa were make their first onscreen debut and was able through evidence gathered to actually prove that the turtles were the same ones that had starred in the first film. This might not seem as though it was important to anyone else but it was definitely a point of pride with Stuart. That’s understandable, these two turtles were after all a part of movie history that people tend to remember.

The fact that turtles tend to live so long however is a bit amazing, but then again unless you find a way for turtle to eat the overly-processed junk that humans consume so often it could have to do with their diet as well.