Home
Movies
Remember Hugh Jackman’s Wolverine Cameo in Me And Earl And The Dying Girl? 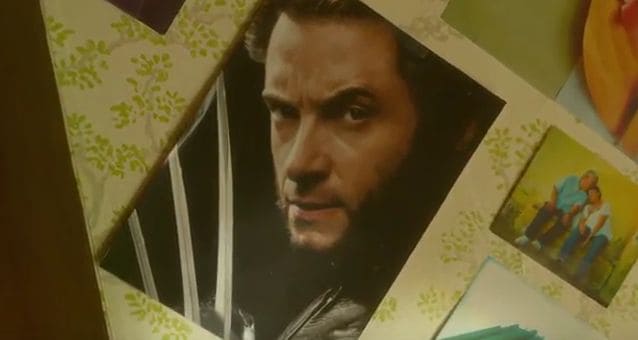 There was one movie that many people knew that Wolverine had an unofficial cameo in and that’s Night at the Museum: Secret of the Tomb. Since the filmed earned $363.2 million at the global box office in 2014, a good number of people were already well aware of it.Â  However a lesser known film that only grossed $9.1 million also contained Jackman playing the Wolverine.Â  Actually he plays himself talking about him playing the Wolverine, which is why you hear his Australian accent.

During a scene in which Greg Gaines (Thomas Mann), an awkward and self-loathing high school senior, offers Rachel Kushner (Olivia Cooke),Â a cancer-stricken classmate, some bad advice on having to deal with people knowing and asking about her leukemia, the Wolverine puts a major stop to it.

“Yeah, over here. Just so we’re straight on this, you’re advising a girl with cancer to pretend to be dead. No, seriously, think about what you’re doing here, dickhead. I’ve been doing my broody Wolverine face on this girl’s wall for five and a quarter years, and at this point, I’m probably only still here because she’d feel weirdly guilty or disloyal taking me down. But I’m goddamned if I’m letting a little punk like you waltz in here stupiding up the place. Not on my watch, pal.”

Check out it below: