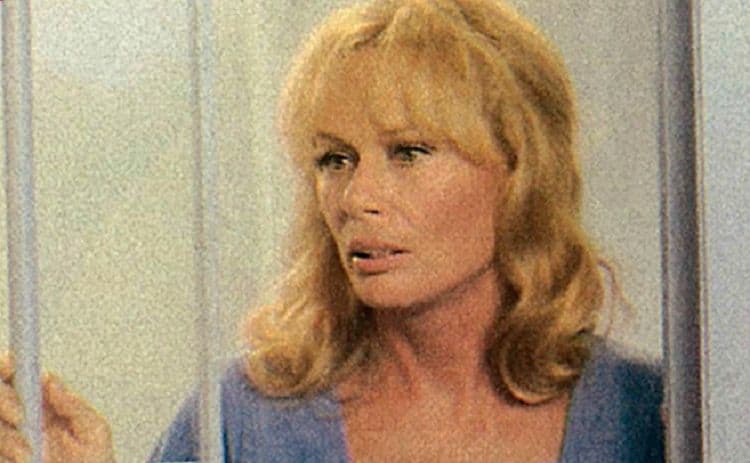 Many people are probably starting to wonder how 2020 is going to end and how many more celebrities are going to pass on before the year is over. It would appear that over the last few years that quite a few celebrities have been taken by an illness, old age, or something else, and Abby Dalton, who was 88 years of age at her passing, is one of those that was finally seen to succumb illness that she’d been fighting for some time. Whether COVID-19 had anything to do with it is unknown since there aren’t a lot of details at the moment, but the unfortunate fact there is that far too many people that have been pinned as coronavirus victims have passed on due to other matters that might have been aggravated by the virus. Right now all that’s really known is that Abby had been in ill health for a while and finally passed on, a fact that many people are lamenting, but many are still realizing was going to happen one day. We don’t get to keep everyone, that’s the sad fact of being human, and no matter what people think, our bodies do eventually give out. But we do what we can with them while we have the time, and as one can see from Abby’s long history in movies and TV it’s evident that she spent her time wisely as she became someone that people looked up to and admired during her time in the spotlight.

Her career lasted from the late 50s to around 2013 when she was seen to perform in a short film that was her last, which indicates that she spent a great deal of time in the business and is easily lauded as someone that did a great amount of work and likely had plenty of fans in her time. Whether people know who she is now is hard to say, but there are plenty that might remember her earlier days still walking around and it’s very possible that they will have found out of her passing, or will find out eventually, as noting the passage of ones favorite actors isn’t always a top priority, but paying respects to them is still something that many people would wish to do once they do find out. With so many people having passed on this year it’s enough for a lot of people to start wondering just what else and who else 2020 will take. In terms of people passing away though it’s fair to state that there’s nothing to be done for it since bodies wear out, people age, and there’s nothing to be said other than the idea that people need to come to accept it, hard as that might be.

There are those that pass on before their time, as people would state, and this is tragic, especially given the idea of what they might have achieved had they been able to keep going on. But those that have lived a long life with a successful career are much easier to let go at times, as hard as that might be to hear. These are the people that we can look at and respect in a great way because they’ve been there, they’ve done that, whatever ‘that’ is, and they’ve had the chance to experience life in a way that has been fulfilling for them and has been impressive to others. In other words, those that have reached a ripe old age are still lamented when they pass on, but it’s easier to see them go, sometimes, because one can reason that they’ve had a nice, long run at life, and whether their passing is a tragedy or if it’s natural and was bound to happen, the point is that they had the chance to experience life and what it has to offer in a variety of ways thanks to their age. Those that pass on when they’re still young are far more tragic given that they haven’t yet experienced everything they possibly could. This is why letting Abby go is just a bit easier since in her day she was one of those that people looked up to and found inspiration from, an actress that was good at her craft and knew how to entertain the masses when the cameras were rolling.

For that reason, it’s time to celebrate rather than mourn when thinking of her life. Everyone will remember Abby in their own way, that much is evident, and mourning will happen since it’s a process that many people feel the need to go through. But the celebration of what she did, what she accomplished, and who she was should be what follows since like so many other actors she contributed to the overall enjoyment of the audience, something that any actor should be willing to do in order to further their career and forge their legend. Rest in peace ma’am, you’ll be missed.