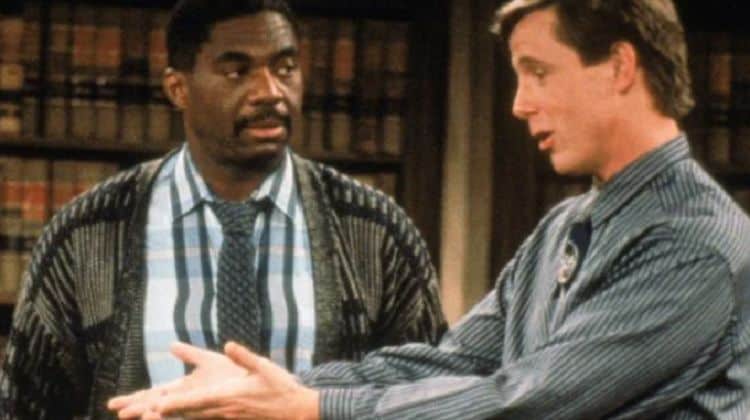 One good indication that a person is getting older is that their favorite stars are starting to pass away. As sad and self-serving as that might sound, it’s the truth since several well-known actors have passed away over the last several years after giving the people one great performance after another. Charles Robinson, who went by Charlie more often than not, passed away recently at the age of 75, and as one might guess, a lot of our memories of this extremely likable actor have come into focus at this time. Charles’ career started back in the early 70s and went up until 2020 when he appeared in Love in the Time of Corona, which is pretty self-explanatory since it was about people trying to make connections with each other during the pandemic. For decades Charles managed to entertain an untold number of people, and it’s very likely that he’ll be remembered for quite a few roles that he accomplished in his time on screen, but one of them is bound to stick out in a big way since it was one of his most successful roles.

People still remember Night Court to this day since it was one of the best shows on TV for a while, and if there’s anyone out there that remembers huddling around the TV in the evening to watch the show then they’ll recall that from the second season on, Mac was one of the most memorable characters on the cast as by season two the core cast had been formed and was nearly complete. By season 4, when Roz came in, played by Marsha Warfield, the group that people remember the most was assembled. Selma was a funny character that was in seasons 1 and 2, but the actress, Selma Diamond, passed away from cancer after season 2. The actress after her, Florence Halop, stuck in for season 3 but also passed away due to cancer after the season was over.

Charles standing in as Mac from seasons 2 to 9 was great since he fit the part perfectly as he was the court clerk and was there to help keep things moving along, and his interactions with the rest of the cast were great as well. He was the guy that kept things in order most of the time, as much as he could, and his scenes with some of the characters were great, especially when he managed to get one up on them. For the most part, this group was pretty tight-knit and looked out for each other, even Dan, played by John Laroquette, who was kind of a sleaze but would still be there for his coworkers when the need arose. Mac’s part in the show was pretty steady since he was the easygoing, laidback kind of guy that didn’t want trouble, didn’t want to cause trouble, but would be there for any of his coworkers if trouble ever reared its head. What’s really funny is that at the end of the series when everyone was going their separate ways, Mac decided to go to film school and become a director. No one wanted to see the show go off the air, but it was time, and a lot of folks still remember it fondly.

Charles wasn’t limited to TV though since he did plenty of work on stage and in the movies, though it’s fair to say that while he was great in the theater, his movie contributions didn’t really get as much notice as they probably should have.  It’s safe to say though that Charles was a highly valued member of the industry as his filmography would go to show. Sometimes those that don’t get the most notice are still the most appreciated for simply being there, as their presence is one that people tend to miss when they’ve moved on or have passed away. So many famous names have passed away over the years that it’s necessary to sometimes step back and realize how much they meant to us, and how often they’ve been taken for granted as many of us might assume that these people are going to continue forward and always be there no matter how many years pass. It’s only when they’re gone that we realize how much they meant to us in one way or another.

With a career that was long and successful throughout the years, Charles Robinson managed to make a lot of people laugh and enjoy his many different characters as in his later years he even managed to guest star on other popular shows such as NCIS, Grey’s Anatomy, and This Is Us, as well as many others. One can only hope that his family is finding a way to cope at this time and that his memory will be carried forward throughout the years. Rest in peace sir, you will be missed.