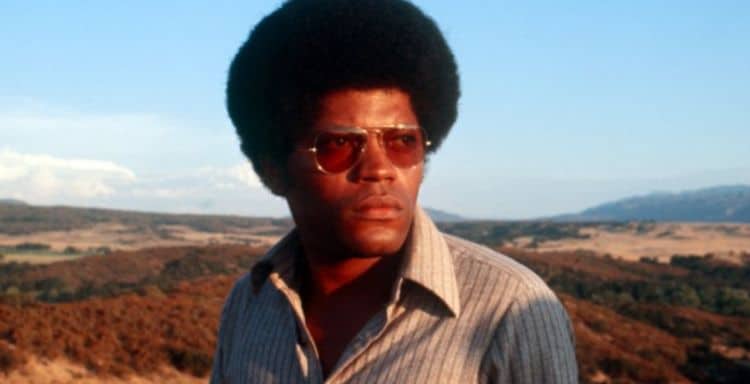 Fans of the original Mod Squad will likely remember Linc Hayes actor Clarence Williams III, and whether a person watched the actor’s career rise or not, might admit that it’s hard to forget this man. Clarence passed away recently at the age of 81 from colon cancer, and like always, Hollywood has lost one of its most talented individuals. One can easily say that Clarence lived a long and prosperous life and managed to entertain a great number of people in the process, especially given that his style of acting was greatly appreciated and inspirational in its own way. The manner in which he took on certain roles was interesting, and the presence he brought to the big and small screen was always welcome. His style of acting was definitely intense, but one thing about Clarence is that he could be entirely dramatic and extremely forceful in his own way, or he could be comical and loose enough to flow with a role if he had to be.

Half-Baked, a rather goofy stoner comedy that was a lot of fun to watch, is a good example since he played the role of an eccentric drug dealer named Samson Simpson who was apparently confined to a wheelchair. Of course, that was revealed to be a giant fakeout near the end of the movie when the protagonists confronted Samson and his bodyguards. The point is that Clarence took the character and made it a fun and intense moment that helped to make the movie memorable in a few ways thanks to his contributions, since otherwise, it might have been a movie that was all about getting high, which would have been funny, but not nearly as complete. The fact that Clarence could switch from drama to comedy so quickly and with such efficiency was great since he played it off extremely well.

In his more dramatic roles, he was definitely capable of playing someone that people knew better than to mess with unless they were just as ruthless and just as intense. His role in Hoodlum for instance as Bub Hewlett was a little underrated as his character worked for the infamous Dutch Schultz and opposed the criminal known as Ellsworth “Bumpy” Johnson. While the movie did take some historical facts into account, it was a rather glorified tale of the numbers racket and the trouble that erupted between Schultz and Johnson, but it didn’t tell the whole truth and in fact, operated on urban legend and myth. It made for an entertaining movie, but it wasn’t exactly the way things happened. Still, Clarence did play a great role and it was understood in the movie that he was an enforcer who, despite acting against his better judgment, didn’t have any other choice. It’s funny as well that he would come back to play the role of Bumpy Johnson, not for long, in American Gangster with Denzel Washington.

Clarence had his successes and his flops when it came to the movies and TV, but it’s fair to say that whatever lack of success came to a movie or a show he was in had little to nothing to do with his act since quite often he was one of the best actors in the room. Such a thing is entirely possible since a single actor can’t often bring a bad movie back to life, no matter how good they are. Reindeer Games with Ben Affleck and Charlize Theron is a good example since the would-be action movie was a trainwreck from the start. The whole idea of a doublecross, a triple cross, and robbing a casino dressed as a group of Santa Claus’s was something that a teenager might have written up, but at least Clarence did his part and did it well. He did step away from acting in 2018, but the memory he left behind has been picked up by quite a few fans, as he’s one of the many actors that people enjoy seeing more of.

It’s always painful to lose anyone, but it’s happening quite often these days as the actors that have inspired us in one way or another are passing on as a generation of individuals have reached that age when it’s an accomplishment to still be around. There’s less sorrow at this point than there might be for someone who was cut down in their prime by one circumstance or another, as Clarence has been around long enough to entertain a few different generations, something he did quite well and should easily be remembered for. His time in the business was well-spent since he managed to do this own thing and still become someone that people can’t help but look to as an individual that will stand out as one of the more influential actors in his time. Rest in peace sir, you’ll be missed.