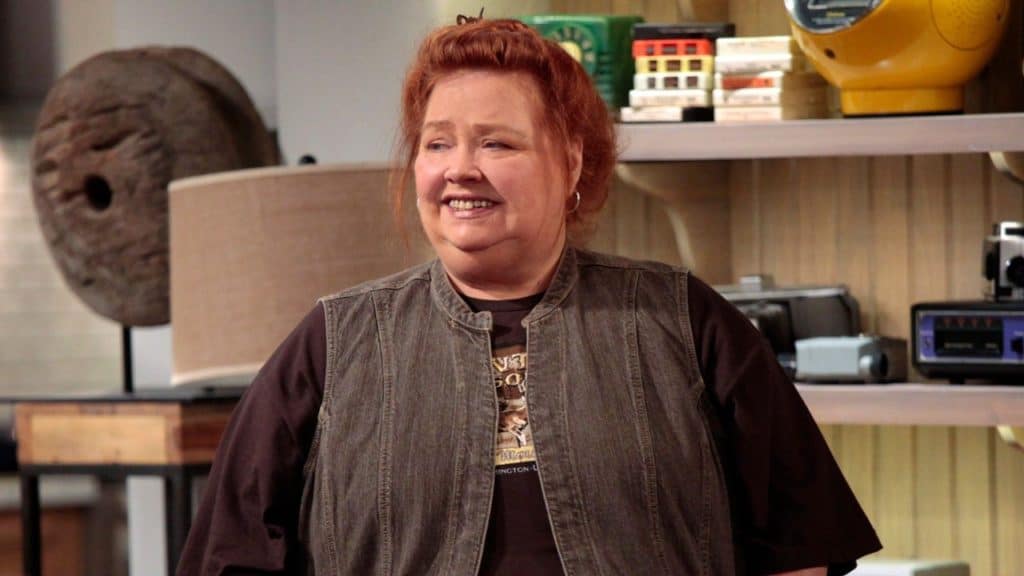 There are those that pass away and leave a lot of people feeling saddened for their loss, as is considered normal, and then there are those that pass on and leave people feeling as though they’ve been gutted. Conchata Ferrell rests somewhere between those two since her passing feels like a gut-punch that fans will recover from, but can’t help but feel anyway since the actress passed away recently at the age of 77. There aren’t a lot of flowery words to offer for Conchata since let’s be fair, she did play a good number of roles that saw her as the rough and tough character she portrayed a lot of the time, and quite a few people loved her for this. She was, in her own way, the big woman with a heart of gold that wasn’t about to let anyone roll over her for anything. Her attitude and the sarcastic manner that she brought to the screen were both great since it gave her a type of personality that made it clear that when she was involved in a production she was going to dish it out to anyone that her lines were directed at. This made her appear a bit brusque and definitely blunt, but if anything, her characters almost always had a soft spot for anyone that treated people with dignity and respect. There are a few notable roles that people are bound to remember her for, and in the interest of sharing, I thought I’d put up a couple that a lot of folks will remember.

Berta is of course one of the roles that many will remember her for since Conchata’s time on Two and a Half Men will no doubt be remembered by many upon many people that have watched the show for more than a couple of minutes. Berta was a character that didn’t take crap from anyone, not even Jake when he was still a kid. Anyone that could put up with Charlie for more than a year had to have a thick skin and the kind of attitude that could weather just about anything a drunken womanizer could throw at her, and she waded through the emotional muck better than anyone could. It does help that she had a serious toughness about her that was both endearing and comical to watch since her general reaction to anything Charlie did or said was to fire back a witticism or just push on and either ignore it or offer another scathing remark that was insanely funny but sometimes meaningful at the same time.

Another role that feels roughly the same but saw Conchata in a slightly more motherly light was that of Jan in Mr. Deeds. The hard-working woman that cared for Deeds was definitely a tough one as well since she was just as sarcastic, but far more protective of Adam Sandler’s character, as was evidenced by her fight with Pam Dawson, played by Winona Ryder. The best part of this role is that as tough as she was, Jan was still able to accept people when they’d earned her respect, as was seen at the end of the fight when she’d been driven through a table. Conchata definitely gave the impression that she’d be a tough woman to take on in any situation, and if her biting remarks didn’t stop people in their tracks, her very solid frame might. Whether that was true of the actual person or not is likely something that many people wouldn’t want to test when she was younger, but as she continued to get older her caustic remarks were far more appealing than her more physical nature, which was still imposing but, thanks to age, had started to dwindle a bit as the years went by. Her acting style and the fact that she’s so well known for her sharp tongue helped when it came to remaining among the actors that people happen to like and could easily recognize for so long. While she’s usually been a supporting character she was definitely one of the more noticeable faces and voices in any project she participated in.

A lot of people these days are stating that 2020 is taking too much from us and taking the brightest and the best. Unfortunately, many are forgetting that people tend to pass on for many different reasons and that there is no one specific year that is bound to be worse than the other. Things happen, people age, and eventually, they pass away. The best we can do is acknowledge when it does happen and remember them fondly, since mourning for days on end usually takes up too much time and effort and doesn’t do their memory any good. Everyone mourns in their own way, that much is obvious, but in some cases, it’s better to remember those that have passed and get on with it. Rest in peace ma’am, you will be missed.