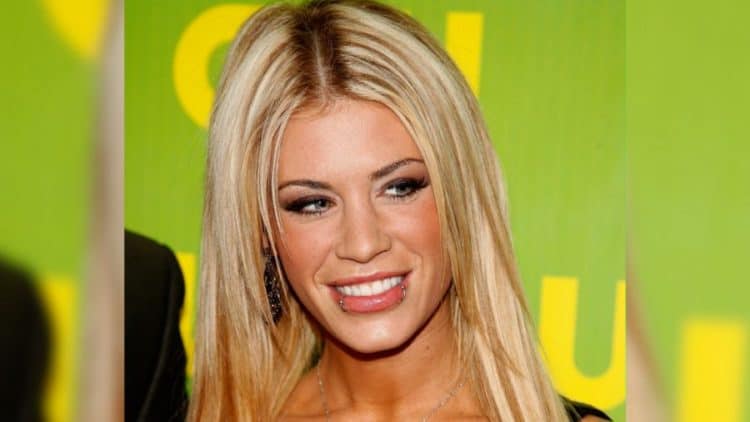 Former WWE star Ashley Massaro passed away this past Thursday in her home in Suffolk County, New York. Her death is being ruled a suicide and the reasoning behind this as, as several people including Jackie Salo of the New York Post are attributing to her constant battle with depression. Friends of Massaro had stated that they’d never seen her happier in recent posts as she was elated to know that fans from the WWE still remembered her and still spoke about her. In such a cutthroat business where gaining the attention and the love of the crowd is vital to one’s success, Ashley didn’t seem to always gain the same kind of favor as other divas did, but it’s obvious that she made an impression all the same and was noticed by many as one of the favored divas in the ring during her time.

Ashley’s time in the WWE only lasted from 2005 to 2008 but her entrance and her matches were enough to make people think about her and remember her once she’d left. From that point she became a reality TV contestant and continued to enjoy a career that kept her happy and in the public eye. In 2017 she went back to wrestling, performing for a lesser known company that wasn’t quite as prestigious but still allowed her to get into the ring. After that however it seems that she stuck to modeling and other pursuits. In terms of her career in the WWE there’s not much more to say since she wasn’t a long-standing diva and apart from the story lines that saw her as a constant fixture there wasn’t a lot that could be said about her performance. She was another performer that sought the spotlight and had it for a short time but couldn’t seem to keep it as she wanted.

What’s unfortunate is that her condition seems as though it could have been remedied if the WWE had taken matters a little more seriously in the past as they are now. The concussion protocols that are being seen to increase throughout many sports have been a touch and go thing throughout the years that have been implemented but still forgotten somehow in some instance, or not followed to the letter. As many know, or should at this point, the WWE is in fact a show, a make-believe program that infuses colorful story lines with the athleticism and pomp that the performers bring to the table. That being said however, there are instances in which the performers do suffer serious injury, either due to accidental means or to negligence on their part or the company’s. The WWE is and has been known for providing some of the most up front and raw entertainment when it comes to athletes putting their bodies on the line. But in doing this they have studiously ignored at times the effects that such damage can take on the bodies of their performers.

In Ashley’s case there was a class action lawsuit filed against the WWE in 2016 that included a number of wrestlers who were going after the company for willfully ignoring the neurological damage that several superstars had suffered over the years due to concussions and other injuries. On top of this Ashley claimed that she’d been sexually assaulted during a show in Kuwait and had been told to drop the matter by the WWE. While the reason for her asking to leave seems to have been for her daughter one has to wonder now if there was yet another reason that Ashley was wanting out. At this point however that might be kind of a sore spot, so it seems better to leave it be.

During her time in the WWE Ashley was a bright spot in the company since she had the kind of flash and attitude that was needed during the time and she did her job well. The fact that she’s remembered by the fans proves this since a lot of wrestlers have come and gone and while a lot of people remember some of them, there are still a lot who don’t since some of the wrestlers that have passed on weren’t considered to be of the same caliber as those that really seem to get noticed. Ever since the divas of WWE started being taken seriously though the allure of their presence in the ring and the fun that people have had watching their matches has proven to be a big up for everyone since they’ve brought a new dynamic to the show and are a great draw for the company. Hopefully though the concussion protocol will continue to improve since the damage that the performers incur at times needs to be checked out before any complications can arise, not after.

With that in mind, thanks for the good times Ashley, and rest in peace.