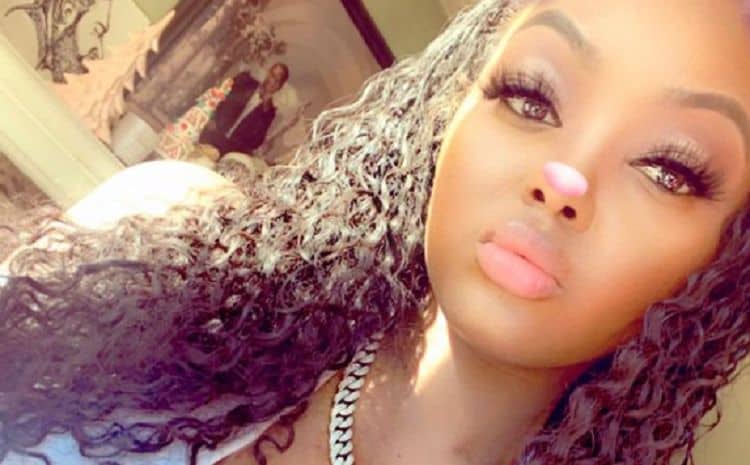 The age of 30 is too young, in fact, anything below whatever age is considered to be elderly is too young to pass away so suddenly. Ashley Gerren Taylor, former star of BET’s Baldwin Hills, passed away in her sleep recently, and as of yet there’s been no reveal as to how she passed, but there has been an outpouring of grief for her loss. While a lot of people might need to be told just who she was, the fact is that the model was known to several people that had watched the show before it was canceled, and were likely fully aware of her position as a full-time model. Gerren was a promising model and had a number of people that worked with her, which makes her passing all the more devastating since she was one of those that many had invested in quite a bit and should have easily had many more years ahead of her that would have brought even more attention to her name as she had already been featured in a documentary focusing on the obsession over beauty and how it was used in so many different ways in society. To say that Gerren might have made her way back to the mainstream when it comes to movies it’s hard to say since whether she was even trying to move that direction isn’t that obvious, but her modeling was everything it would appear.

What’s truly sad and yet is a part of the industry is that at this time one can imagine that as much sorrow and grief are being felt by those that knew her best, and there is without any doubt, someone will be there to take her place if they haven’t already. This is the world that Gerren belonged to and as brutal as that sounds, it’s a world that keeps moving no matter who’s there since it runs without stopping. The world might pause every now and then, but the industry keeps going, as modeling is not a place for those that are bound up by sentiment at all times and will keep churning away the next talented individual is sought out. To be fair, it’s like this in modeling and in show business, and in many other areas of the world where progress is the only way forward. Taking the time to pay respects and feel the sadness of Gerren’s passing is important and vital to the ability of those who knew her to move forward and accept that she’s gone, which will be difficult since at the age of 30 very few people expect to mourn their friends and family in such a manner. But the world moves on, and as those that cared for her mourn Gerren, as they should, the modeling industry will go on.

That sounds heartless, doesn’t it? In some ways, it is, since some folks might expect the world to stop when people pass on. But the sad fact is that at this time if such a thing were to happen, the world would come to a standstill. Over the last year’s time several people have passed away, some who had long, full lives and had done much to be known in the eyes of the public, as well as those such as Gerren, who were famous and had done enough to be noticed, but had not yet created a lasting legacy that would be remembered. In all fairness, many will remember her, but her name will join the many that have fallen lately and those that knew of her will be the only ones to hold her memory dear as the years roll by. It’s the world, it’s the industry, and it’s a life that demands this and makes it happen, without blame and without the need to damn anyone or anything since this life as we know it. The world moves on and sadly, some people don’t get to move on with it. It’s bound to happen that people will wonder what might have happened had Gerren not passed away, and as of now, this is a time to reflect on what she managed to do with her life and her career and how many lives she touched while she was here. The industry will move on, as will the world, and her memory will remain with those that valued her the most.

One could say that it’s been a rough few years since several celebrities of all ages have passed away, and while some might not care, it’s harsh but true, those that knew these celebrities the best are hopefully going to be able to move forward with the idea that the memories of their friends and family that have passed will sustain them in the days to come. I’ll say it again, 30 years old is simply too young to pass in such a manner. Rest in peace Gerren, there are many that will miss you.