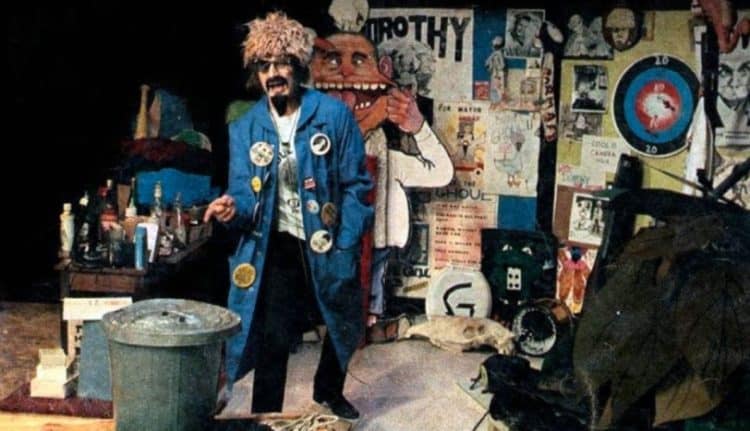 If you don’t know who Ron “the Ghould” Sweed was then don’t feel too bad, you might have born too late or simply not into the style that he brought to the airwaves. Those that knew of him however also knew that he was someone that brought a definite sense of hilarity and entertainment that was unlike anyone else. As John Petkovic of Cleveland.com writes he was one of the most maniacal madmen to ever set foot on a late-night set, but he was also one of the most loved and respected. Sadly Ron passed away recently, leaving behind a great many fans and friends that were heartbroken to hear of his passing. It would appear that he’d been having a serious heart issue that finally caught up to him, thereby robbing the world of one more talented individual that was admired by many.

Fox 8 Cleveland is just one of the many sites that has commented heavily upon Sweed’s past and how he managed to get into show business, but has also affirmed that his well-respected status was confined mostly to Detroit and Cleveland, where he was a favorite of many kids and even many adults as those same kids grew up throughout the years. This isn’t too surprising as local legends tend to amass a great following if they find something that works and continue to work with it, evolving just enough as they go along in order to keep their audience entertained and the people wanting more. Sweed was undoubtedly a man that was highly enamored of the horror genre since he took on the persona of someone that loved to vamp it up for the kids and was never seen to disappoint people on purpose throughout the years. That speaks volumes about someone when it comes to their legacy, and it’s fair to say that Sweed will be remembered for a long time to come and likely honored by many of those that enjoyed him as children. Does anyone remember Ramblin’ Rod? He was a local legend here in Oregon for many upon many years, and like Sweed his fame didn’t extend much beyond his own state, though it was enough that many locals remembered him.

That’s the trick in such a business though. Show business can be a cruel mistress and it can tear people down if they stretch too far and too fast, but there are those that luck out and get discovered and there are those that simply enjoy what they’re doing and don’t worry so much about being the next big thing. Sweed was one of the latter obviously, someone who wanted to entertain others and might have thought of success, but didn’t let it rule him in such an overt way. This is the kind of guy that would do the most maniacal things on camera, had a rather cheesy setup that didn’t seem as professional as others, and yet was still loved in a way that was simple and pure in a way that we remember as children. He didn’t need a lot of pomp and flash since he had his wit, his ability to capture the attention of the people, and of course his boundless energy when it came to keeping people coming back.

What else can you say about a person that simply wanted to entertain? It’s kind of obvious that he didn’t do it just for the money, as there were many other ways to go about making an honest buck that didn’t involve jumping around a TV set while only a select number of people watched and laughed at his antics. He was there to do what he loved to do, what he enjoyed, and what came natural to him in a very positive way. That’s the essence of what it takes to be on TV and that seems to be what some folks have forgotten about, the showmanship that has been replaced by the need for pomp, flash, pizzazz, call it what you’d like. The whole issue of TV at this point is that each and every show seems to need to do something better than the others that came before in order to get bigger and get noticed.

Sweed didn’t need any of that. He needed his own energy, his set, and his love of what he was doing in order to make it work. He started out with an idea that no one wanted to pursue and turned it into something that gained a following throughout the years that was kind of impressive. There’s no doubt the people that remember him fondly are going to miss him terribly since he brought a great deal of joy to their lives and created a memory that they’ll attempt to cling to. Sometimes the local legends that you remember are the most touching.