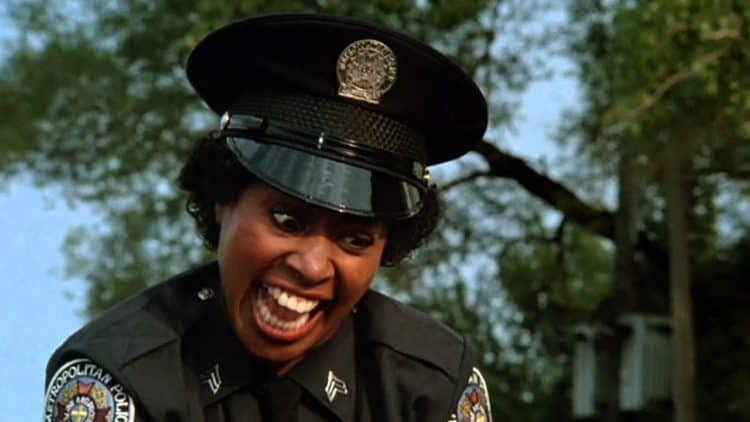 Some folks might feel as though 2020 never really ended since as of now we’ve lost at least a few notable celebrities to date, while the previous year appeared to be taking people at an alarming rate. The truth of it is that like many other stars that were enjoyed back in their day, Marion Ramsey and several others have been getting steadily older as the years go by, and the downside of this is that eventually, everyone will have their time to go. It feels like not too long ago people were wondering what had become of her, and had only to look online to realize that the 73-year old had still been doing what she enjoyed. Some actors don’t give up on their career and will stick with it right up until the end, seeking to satisfy their need to act by continuing to entertain those who want to watch. While she’d left one of her most popular roles behind some time ago, people still remembered her fondly as Sgt. Laverne Hooks, the quiet, soft-spoken woman who could barely be heard when she spoke, but who could project her voice just fine when she really got rolling. Throughout the course of her career Marion took on a lot of other roles, but those that knew her as Hooks might want to remember her in this manner since it was definitely one of the funnier moments that she gave us on screen.

This wasn’t her only contribution to show business obviously, since she started off in theater and continued to be a talented voice on Broadway during her time. One could say that before and after the Police Academy movies that she kind of faded a bit, much like many actors, but the fact is that she made her mark on pop culture in a big way and continued to find other ways to entertain the people as she continued along her path. The same thing happened to Marion that happens to many favored celebrities over the years, she definitely retained her status as one of the most pleasing celebrities to be seen now and then, but once she stepped away from one of the biggest roles that made her famous, people started to forget, and as a result, they started to look elsewhere for entertainment. This is among the downsides of show business, as those that find a worthwhile role either need to continue along the same path or find another manner by which to entertain the masses since otherwise they’re bound to be forgotten until something happens to bring them back into the public eye.

It’s accurate to say that we still remember these individuals since their most popular roles are etched into memory, but otherwise it feels as though many people turn away from them at some point if they attempt to take on another role that isn’t quite as entertaining as that which gained the notice of the fans. The fact that she was much more outspoken than her character on Police Academy depicted was definitely interesting to many of her fans since she had no trouble projecting her voice and was someone that could entertain a wide scope of fans. She’s not the first and certainly won’t be the last famous name that crosses the obituaries this year, and as crass as that might sound, the reality is that the people we grew up enjoying and idolizing in our youth are feeling the ravages of time, and have been for a while. Sugarcoating the words by remembering them all fondly is useful at times as it reminds us that they were worth our respect and our regard, but the other hard truth is that one day we will have to lose them, but thankfully we’ll get to remember them as they were through the various works they created while they were in their prime. This is perhaps one thing that many people tend to forget in their grief and sorrow, however briefly, that the echoes left behind by the many performers that fall will still be here and will be able to soothe a great number of individuals as they grieve.

The very real need to say goodbye to some of those that pass, those we remember, and those that we enjoyed watching, listening to, and those that enriched or entertained us in one capacity or another, is something that many people will take full advantage of when they can. But there are still plenty of us that choose to say ‘thank you’ to those that have passed on for their ability to entertain us and to be, for a time, a part of the overall story of humanity that continues to roll onward. Marion is bound to be remembered fondly by those that keep her memory strong. Rest in peace ma’am, you’ll be missed.