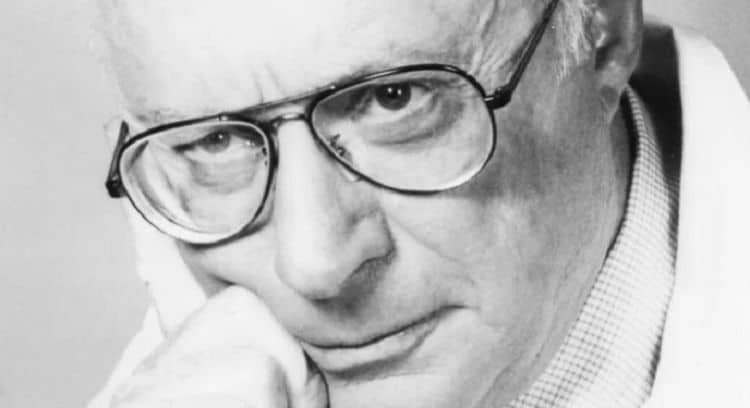 There are careers that one looks at and can’t help but think of as being beyond words, but we try and hope that what we put down will show enough respect to help the memory of said actors as we reflect upon their works. Norman Lloyd, who passed in his home only a short while ago, was an amazing influence on so many that it’s hard to find the right words to speak about the man, especially when considering the extraordinary life he led in the business. At the age of 106, Lloyd had spent the majority of his life in the business, having officially retired back in 2015. This is a man that saw the better part of a century go by, and watched a new one begin. That might not sound like such an accomplishment to some, but think of what life was like back in the 192os versus now, and the perspective that’s waiting to hit you might finally land with the force of a hammer. This is a man that was alive during two world wars, he saw the effects of the Great Depression, and he dropped out of school since he could see what was happening to those with degrees, as they were taking on menial jobs that paid next to nothing when their degrees should have been landing them high-paying positions at the places of their choosing. Norman went into acting after a while, choosing to make something of himself in a way that might satisfy him and get him paid at the same time. There are likely plenty of people out there that don’t know enough about Norman, which isn’t hard to imagine but is regrettable since looking over his contributions and career to show business it’s easy to state that a lot of folks should at least brush up on the man realize what he’s done.

From acting to directing to producing, Norman was as integrated with the business as anyone could be, and it’s seen from the many different spots he did for TV, movies, theater, and radio. Simply running a finger down the list of things he did with his time in the business is enough to make a person’s jaw hang a bit since the man accomplished a great deal and was a part of so many projects that one has to wonder if he ever had any free time. He belongs to a different era, there’s no doubt of that, but he did manage to fit in over the years as things continued to progress and the world around him continued to change. It’s a bit cliche to wax on and on about how the world changes, but one should take the time now and again to sit down and watch the world around them as it continues to move about in ways that have little to do with what they’re doing and imagine how much they’ve influenced even a small bit of it by being there. Those that take a more active role in the world than others can likely sit and think that a lot of what’s going on in some parts of this strange and sometimes chaotic world has to do with their contributions and what they helped to set in motion. Norman was one of those, since the man spent most of his life in the business in one way or another, and looking back had to have been a seriously long trip for such an individual. Trying to recall every last time that his life changed due to the business, or that the business changed due to his life, has to be a little bit exhausting but also a lot of fun since to be serious about it, Norman was around for a lot of the changes that happened in this world, for better or worse.

Taking the time to appreciate and to understand his career and in essence, a big part of his life, is not just respectful, but as with every actor that has helped to lay the groundwork for those that have come after, it’s a sign that a person is attentive to and appreciative for the chances that Norman and many others like him helped to open up as the years passed. There are many people that would be arrogant and ignorant enough to say that Norman and the others like him did little to help the industry as it is now, but those that are well aware of what the early actors did, no matter what kind of people they were and no matter what they did or said, they’re worth respecting. Someone had to come first, someone had to forge the path for others to follow. There’s no doubt that many of those that interacted with Norman will remember him fondly.