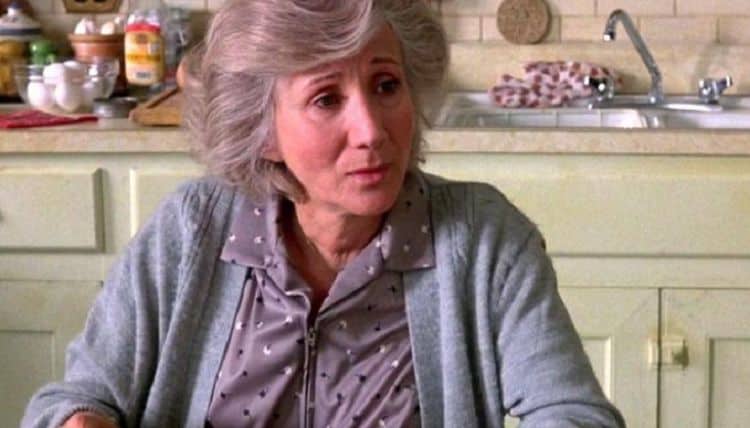 It could be said that this year keeps delivering hits that are every bit as hard as 2020 but that wouldn’t be accurate. Instead, the passing of Olympia Dukakis should remind us that enjoying those we have while they’re here is important since at one point in time they’re going to be gone, and all that will be left are the memories. It’s amazing what a person can learn about someone if they just read up a little since Olympia had a degree in physical therapy and helped people with polio when she was much younger. She was also an exceptional athlete and a fencing champion in her youth, which is impressive to learn about. But her acting career is what many people remember her for and as one of the more talented women in the field Olympia rose to prominence after a great deal of time spent on the stage. From the theater to TV to the movies she had a style that wasn’t so unique that it couldn’t be used by anyone else, but pretty much like anyone else she had a style that was still her own since she proved to be one of the great older actresses as she matured, the type that could spout a sarcastic reply whenever it was needed and was witty beyond belief when it suited her needs. In quite a few movies she was one of the most noticed actresses in the cast, but in a couple of them, she couldn’t help but be noticed for various reasons since she was just that good and ended up kind of upstaging a few of the other actors, hopefully not by design. Her passing is a sad one to be certain, but after a period of illness, she died on May 1st, a month or so shy of her 90th birthday.

Plenty of people are bound to remember Olympia in their own way, but a couple of her roles are those that stand out the most since she often played the old lady roles so well that one might have expected her to be acting like herself without any further need to get into character. Her turn as Rosie in Look Who’s Talking was pretty brief, but it was still a fun role since she played the mother of Kirstie Alley’s character and the grandmother to little Mikey. Another similar role was the one she played in Moonstruck as Rose Castorini, which ended up winning her several awards, including an Academy Award for Best Supporting Actress. One could say that playing the mother role was one of her best gimmicks since she was just that good at it. Seriously, watching her in quite a few movies made it clear that her strength of character and her ability to be the nagging yet loving mother made it possible to look at Olympia and think about what it would be like if she were your mother. Some folks might cringe with a mild laugh to ease the moment, but others might actually get to thinking what it might be like to have a mother like Rosie, while others might even just nod in a knowing manner since they understand what it’s like. But if Rosie or Rose were any indication of how much fun Olympia could be on screen, there’s another role she took on that’s just as amusing and is by far one of the favorites of many people since it’s lasted this long and is still insanely funny and touching after all this time.

Clairee Belcher in Steel Magnolias was an absolute laugh riot since as one of the upstanding ladies of the movie she was also one of the biggest gossips, and no one cared because her wit and her charm were great enough that she could get away with it without any real effort. The friendship between Clairee and Louisa ‘Ouiser’ Boudreaux, who was played by Shirley MacLaine, was one of the best parts of the movie, and the back and forth dialogue between them was enough to get anyone laughing since the cackling of old women, as it’s been described, is actually pretty hilarious if a person takes the time to listen and divine what they’re really talking about. Plus, one of the best scenes in the movie came when M’Lynn, played by Sally Field, had just lost her daughter, played by Julia Roberts, and professed that she was angry and wanted to hit something. Clairee had a honey of an idea as it might have been said and offered up a chance to hit Ouiser as she grabbed her and told M’Lynn to knock her lights out. Obviously Clairee was kidding, but it was a tension-breaker that a lot of people couldn’t help but laugh at, robbing the scene of at least a part of its sadness, at the expense of poor Ouiser of course. But that was the kind of charm that Olympia had, she could make people laugh, she could share in their emotions and create a moment that people would remember, and it’s a part of why she was so loved. Rest in peace ma’am, you’ll be missed.