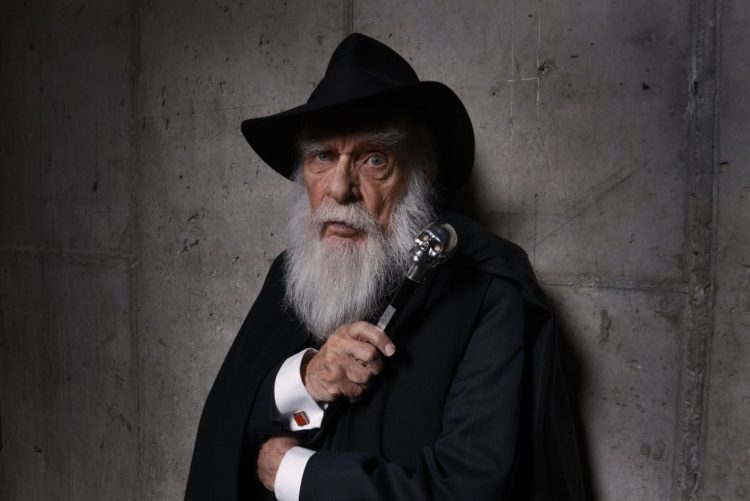 It’s easy to say that skeptics are not favored by a lot of people, especially those that want to cling to their faith and those that want to think that they have a good handle on the world around them. But The Amazing Randi, aka James Randi, didn’t really care about that, and for good reason, since he was out to help people and keep them from being taken in by charlatans and those that openly prey upon people by using their faith to take advantage of them in various ways. The author/conjurer/skeptic passed away recently at the age of 92, which is a ripe old age that many should hope to reach before passing on, but it’s fair to say that his voice and many like it are still needed in the world to help guard against those that would seek to use the faith of so many to increase their success and monetary gain. That might sound a bit unfair to the psychics and fortune-tellers of the world, but even more unfair is that among the many that are in existence it’s likely that a good portion of them are in fact charlatans as Randi would put it, and are preying upon people, charging an insane amount of money to commune with the dead or inform them of their guardian angels or even attempt to tell them their lucky numbers or ascertain their future and what it holds.

The disdain that Randi had for these kinds of people wasn’t hard to hear in his talks, but at the very least he was judicious quite often when it came to denouncing them, even if this wasn’t always the case. There were a few lawsuits that saw him in court for defamation and slander, but more often than not he made a compelling case and those that sued him were discredited or forced to relent for one reason or another. Observable facts and procedures usually trump belief in a big way when the two are laid out for people to see, and Randi was one of the most outspoken when it came to openly challenging the supernatural and the occult. While he was a performer as well it was also seen that he was someone that was more than willing to expose those that were playing upon the gullibility of other human beings when it came to the occult and supernatural.

One thing that anyone should know at this point is that the world is full of unexplained and strange phenomena that don’t have a completely accurate and comforting explanation to the how and why of their existence, but there are plenty of people that are willing to take advantage of the fact that people want to believe in something, and will charge an obscene price for it. Randi was the type of guy that might not have fully believed in everything but was also more than willing to make it clear that those who were seeking to make a profit by tricking others wasn’t something that needs to be allowed. Granted, a magician or illusionist running a show that people know is a show is one thing, and the money that’s paid into such a project is given to ensure that the illusionist can continue to entertain the people and making a living, as well as create even grander and more impressive illusions. But those that do charge insane rates for their ‘readings’ and other such services were, in Randi’s opinion, little more than hucksters that were using the people that believed in them to make a living, and some have done quite well thanks to this. His skepticism obviously didn’t win him a lot of friends throughout his career, but it opened the eyes of many people to the world that is and made it clear that those that were willing to charge hundreds of dollars in exchange or very little were the problem, not the belief in the occult or the supernatural world.

His many talks to gathered audiences tended to be a chance for Randi to reach the people and spread the message that he believed in so much, that those practicing the supernatural and occult were little more than snake oil salesmen, meaning that they’re giving a service that is little more than a money-making scheme that people believe in because the salesmen are very good at what they do and know how to prey upon each person’s sensibilities and belief. The hope is that there are more people out there like Randi that are willing to debunk such individuals and warn people away from them in order to keep their money and their better sense. As a skeptic, he was likely hated by many a practitioner of the occult and supernatural, but as a sensible human being, he was invaluable to many that have had their eyes open to the world. Rest in peace sir.