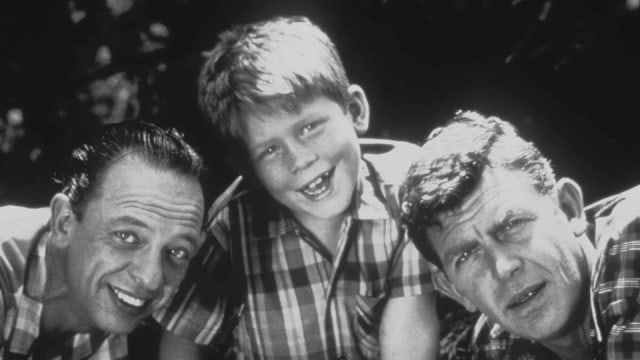 When I was a kid, I wanted nothing more than to bask in the cool glow of my father’s love. What child doesn’t want acceptance and approval from one’s father or mother? As I hit an age where I had more and more of a choice about what sort of tennis shoes and shirts I could wear (goodbye to Velcro shoe “laces” and collared polo shirts with tiny alligators, thank you very much!), what sorts of things I could read (hello to gaudy comic books, Peanuts, Stephen King and Ray Bradbury and fare thee well — never to look back — to Little Golden Books and handed down copies of my dad’s Field and Stream magazines) and, most importantly, the programming I could watch on our crackly rabbit ear festooned TV set, the more it seemed as if another tenuous piece of the connection I had which made me “my father’s son” seemed to vanish into the ether.

My early awakening to the joys of television, particularly, invited a whole new world of Saturday afternoon movies out of Chicago’s very own WGN into our little trailer on Maxwell Air Force Base in Del Rio, Texas where I promptly made friends with Abbot and Costello, the Wolf-Man, Frankenstein’s Monster, Count Dracula, Our Gang and a gaggle of really great Rod Serling Twilight Zone episodes (never met one I didn’t like, dear reader). The above were all great watershed moments in my youth and I’m happy to report that much of it has weathered the storm of life and come out on the other end with me where I reside comfortably in middle-aged bliss. But…These were all passions shared with no one else, and certainly not my old man who never quite got my comic book sweet tooth nor my penchant for late night horror movies. And by the age of eight or so, this began to bother by burgeoning psyche. You see, I really wanted to find a common bond, a united front if you will, between my father and me. Ironically, it was my newfound love of all things compressed and put into a tiny little television set that, at least temporarily, reunited a boy with his father.

My dad loved the 1960s television opus, “The Andy Griffith Show.” I mean, he was completely transfixed by this sleepy fictional town in North Carolina called Mayberry; Ditto with its many citizens: Stoic single father Sheriff Andy Taylor, loveable dimwit Deputy Barney Fife, Andy’s son, Opie, and erstwhile Aunt Bea, forever baking pies and changing out linens. Now, I wasn’t the brightest bulb in a package of lightbulbs, but I would have had to be completely blind to miss my old man’s dogged devotion to this show. So I began to watch it with him, wanting to understand what it was about this particular comedy that made him so happy for thirty minutes at a time. I mean, there were other shows he could have watched that were I thought, equally funny and which spanned the ages: Bachelor Father, Leave It to Beaver, The Many Loves of Dobie Gillis, The Brady Bunch. What was it, for crying out loud, about this one show that stood out above everything else? I was determined to find out.

A funny thing happened on my road to the fictional burg of Mayberry: I went from detached junior league detective, a sort of bargain basement unofficial Hardy Boy, to a died-in-the-wool, bona-fide Andy Griffith Show aficionado. I was no longer watching the show apart from my father, but alongside of him as we both thrilled to the latest exploits of Andy and Barney, laughed ourselves silly to the slapstick antics of Gomer Pyle and his cousin Goober (and what a mean Gregory Peck mimic old Goob’ was; “Judy, Judy, Judy!”) and learned poignant life-lessons with Opie. For a half an hour from the age of eight until the time I graduated and left home for good a decade later, Andy Griffith and his chief producer and writer Aaron Ruben was the tenuous glue that held my old man and I together.

Like a few other oddities from my childhood, The Andy Griffith Show is a slice of magic that has remained relevant and meaningful to me, no matter what age I clock in at. It’s more than earned that overused moniker of “timeless” and “classic.” Trying to figure out this decades old appeal is an exercise in futility: Yes, I grew up in the Deep South, much like the characters in Mayberry. But the North Carolina location of the show seems almost incidental, if not trivial. I’ve met many-a fan of the show that can boast strong ties to the East or to the Midwest. Heck, the show can even brag of a global audience that feels right at home with the weekly humor and morality plays Andy and the gang would offer up. So what is it then that has made the show such an Evergreen of the television medium?

Preparing this article, I started to pour over the episodes from the shows eight year run, concentrating heavily on the first five years, which as any true fan of Andy Griffith can tell you were the best: Not only were these episodes shot in glorious black and white, but they also boasted one of the best comedic turns of any medium, television and otherwise: Don Knotts literally stole the show on a weekly basis until his departure at the end of the fifth year of the show. The screwball antics of Knotts’ Barney Fife were perfectly counterbalanced to Griffith’s Andy Taylor’s spot-on straight man act. The introduction of color in the sixth season was ironically timed with the departure of Don Knotts, himself a one-man techni-color factory. But something else comes shining through those first five seasons: Heart.

The Andy Griffith Show had more heart than any show before it and certainly more than most shows that have followed it. Each episode was a Valentine to a TV watching audience. The characters seemed to exist outside of the tumultuous 1960s era in which it was produced, and indeed harkened back to a simpler time in a post-World War Two era when no one in your town was a stranger and everyone pulled together to find a solution to a problem. Heck, thinking about the words I’ve just typed, perhaps the America represented in The Andy Griffith Show never quite existed. Maybe the brilliance of the show is that it displays in a fun house mirror style a lovely distorted view of an America as it might have once been in a fever dream as imagined by some beautiful dreamer and as it might still be today if only we could get our collective acts together and find a clarity to make it manifest.

The closest I ever got to my old man was when we watched the season four opener, “Opie the Birdman.” It seems strange all of these years later to make a case for a television show from 1963 as being the key moment in my relationship with my father. But it was. The episode speaks of the indelible nature of life and death and the sometimes fragile line a parent walks when trying to instill in their child what is just and what is right and how to treat your fellow man and the intangible nature of the world that surrounds them. In the episode, Opie kills a mother bird. Motherless himself, yet with a father and aunt who love him beyond all reason, the young boy is taught a valuable lesson about responsibility and cleaning up the messes we can leave behind us. He tasks himself with the mission to take care of the orphaned baby birds, realizing through his own deeds and the stern yet loving words of his father, just what his actions have cost. At the end of the episode, after nursing the baby birds to full health and watching them fly out into the open air and flush trees of the safe town of Mayberry, Opie exchanges a soliloquy with his father that is at once simple and bracing.

“Yes, son, it sure does…But don’t the trees seem nice and full.”

I don’t know if I cried when I saw that episode for the first time with my old man. But with the passing of the years and looking back on so much of my own joy, love, heartbreak and, yes, redemption, I can honestly say — with all of my very own lessons learned -Â  that the tears come very easily indeed now.

When I was a kid, I wanted nothing more than the love of my father, my old man. For a short period of time, thanks to The Andy Griffith Show, I at least achieved a connection and a bond that is close enough to love for me to take comfort in all of these years later. Thanks, Andy.