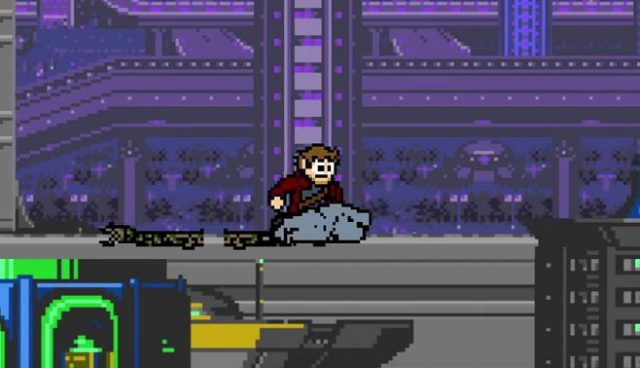 As we know, the ramping up of marketing for Guardians of the Galaxy 2 has already begun.Â Â  We’re preparing to share images, spoilers, merchandise, you name it, for the movie that’s sure to make a ton of money in May of 2017.Â  However, this post is a shout out to the guys at Cinefix who have blessed us with their series “8 Bit Cinema.”

For those of you not familiar, 8 Bit Cinema transforms movies and television shows into 8-bit games as they would have looked on the NES back in the 80s.Â Â  When Guardians of the Galaxy first came out Cinefix took on this movie to a rousing success.Â  Here’s the original video:

While Guardians of the Galaxy 2 isn’t even out yet, I just want to remind the guys of Cinefix not to get to wrapped up in the hype and forget about the task at hand. As soon as that movie comes out I want you guys to get to work on the 8 Bit Cinema version of the sequel.

That’s it.Â  That’s all I really wanted to say.Â  Now get back to work people.