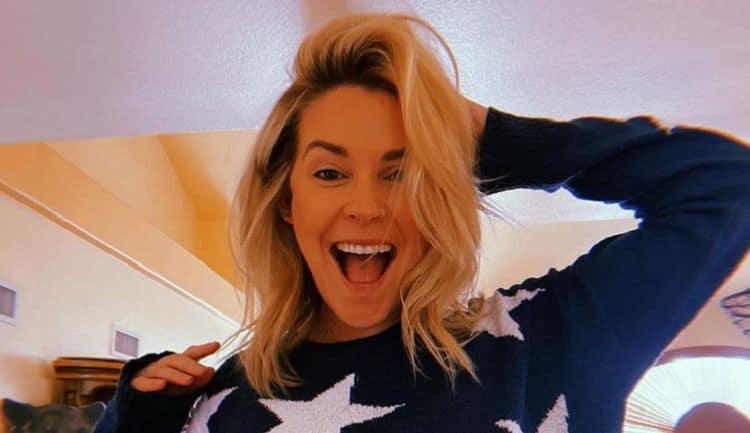 Anyone who knows Renee Paquette very much enjoys what she brings to the table. The television host has a vibrant personality and her fans adore her. She made headlines in the summer of 2021 after she and her husband welcomed a new baby, and now her fans want to know more about her. What is she like? How did she get her start in this business? What is her life like outside of her work? She is someone who does live a fascinating life, and we want to know more about her.

1. She is a Television Host

You know her from her time working as a host and commentator for the WWE. She spent a lot of her time backstage doing all the things that do bring her joy and make her happy, and things are working out well for her. She’s a woman with a grand plan, and her plan is to continue to live her best life hosting and working for the masses.

The thing is that she was not a wrestler. Many people seem to believe that she was part of the wrestling world in that she was inside the ring taking on others who were willing to fight. She was not, but she did work for the WWE, and she did have a stage name.

Renee Paquette is still very young. She was born in the 1980s, which means her childhood was lived during a lot of very bright and happy years (the ones without cell phones and social media and everyone and their mom – and your own mom – being able to get in touch with you every moment of every single day of your life no matter what). She was born on September 19, 1985.

Paquette was born and raised in a little town in Canada you might know of. It’s called Toronto, and it’s neither little nor a town. It’s a bustling city with a lot to offer, which means she had a lot of options growing up when it came to figuring out what she might want to do, where she might want to educate herself, and what she might do in the future.

5. She is a Comedian

First and foremost, though, is this; Renee Paquette is a comedian. She enrolled in improv courses and wanted to spend her life making people laugh. She’s funny, and while she might not be doing standup comedy, we get the feeling that being a comedic actress was her first goal, her first love, and her first dream.

When she was just a teen finally able to live her own adult life, she took off and went to LA. She wanted to get into acting and comedy, and she left home and didn’t look back for some time. She stuck it out for some time before she realized that things in LA were not going her way, and she made it back to Toronto to keep on trying.

She and her now-husband began dating back in 2013. They were together for four years prior to getting married, and nearly seven years before they found out they’d be turning into a family of three. It was a good time for them. Her husband is also a wrestler. His name is Jonathan Good. You might know him better as Dean Ambrose and/or Jon Moxley.

8. Her Wedding was Impromptu

When she and her husband decided to get married, it seemed to be a very impromptu wedding. The rumor is that her wedding happened in the very early hours of the day on il 9, 2017. They wed in their own home, which is not something many people do.

She welcomed her first baby in the summer of 2021. She is now officially a girl mom after welcoming her little one, Nora, into the world on June 15, 2021. The moment you welcome your first child into the world is a moment unlike any other, and we wish her the happiest of years.

She might be a famous television host, but that certainly does not mean she doesn’t value her privacy. She finds that to be the most important thing in her life, and we get it. She’s a woman who has so much to offer, and it’s a situation that she likes to keep private. She wants her daughter and husband their lives together to be for her eyes only.