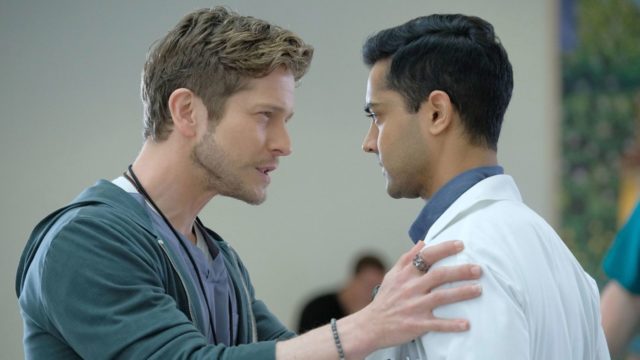 Our favorite doctors from The Resident have not finished their rounds just yet. The FOX drama has been renewed for a second season and will air fresh episodes during the 2018-2019 televisions season. The network announced the news today several hours before the episode prior to the season finale will air.

The Resident is joining FOX’s other first year dramas that already received a second season. These shows include 9-1-1, The Gifted, and The Orville. Empire and The Simpsons have also been renewed. With Up Fronts scheduled next week, the network is scheduled to make several more decisions on series before unveiling their new lineup.

The Resident draws fairly decent numbers. It averages a 1.0 rating in the coveted 18-49 demographic, averaging 4.73 millions viewers. The series receives a significant bump to 7.68 million viewers when taking delayed viewing into account. Additionally, viewership tops 10 million when looking at viewership on platforms like Hulu. Ratings have improved in The Resident’s timeslot by over 30% since the show started airing.

Matt Czuchty, Emily Van Camp, Manish Dayal, Bruce Greenwood, and Malina Kanakaredes star on The Resident. The drama is executive produced by Todd Harthan and Antonie Fuqua. Czuchry recently starred on the critically acclaimed series The Good Wife, while Van Camp is no stranger to television either. The actress has starred on Everwood, Brothers and Sister, and most recently Revenge. Kanakaredes is best known for her work on Providence and CSI: NY.

Are you excited about the renewal of The Resident? Let us know in the comments section below.