Home
Entertainment
Revenge of the Nerds Sequel? Please Say It Ain’t So 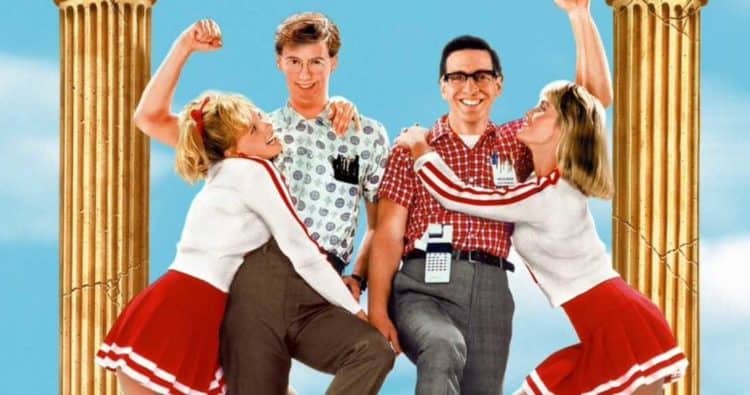 There’s a big reason why this shouldn’t happen and it’s covered pretty well by Kevin Burwick of MovieWeb. That one reason is that Disney has control of this project that some people seem to think is a good idea to push forward. That’s right, DISNEY is in charge of this project, which should give a lot of fans pause as they come to realize that not only could it not be the same as the 1984 movie, but it would likely be a fuzzy, bubble-wrapped version with lame jokes and situations that would be acceptable for all family members and not even close to being the same as the original. Why is that you ask? Well if you have to ask then you haven’t been paying attention to those who have lately taken to employing the very irritating hobby of tearing apart old 80s movies that are ‘problematic’ and couldn’t be repeated verbatim today. Take a moment to shake your head and wonder why people don’t seem to understand that things back in the 80s were still very different and satire was still acceptable no matter how bad it got. Now take another moment to breathe and think about how many people seem to think that movies are a doorway to unwanted behavior and ideas and you might see how silly it is.

Of course Revenge of the Nerds had content that would be deemed unacceptable today as Chris Campbell of Film School Rejects might state, but I get the feeling that people would place the treatment of the Lambda’s pretty low on the list in relation to the pantie raid. Oh and let’s not forget that Lewis committed what a lot of people would consider as rape since Betty had no idea who he was under the mask. I’ll say it again though, SATIRE. If these kind of things bother people, then how in the hell did we ever watch anything else? Death Wish, High Plains Drifter, and a number of other serious movies featured forcible rape that had no expectation of simple pleasure, and yet they’re almost never mentioned when it comes to movie violence. Oh, but we didn’t laugh at them, that must be it. Sigh, Revenge of the Nerds is a comedy classic, that much is obvious and is something that those born after or just before the turn of the century don’t seem to get sometimes. Do people act on such ideas because of movies? Not as often as some folks might like to think. Trust me, there weren’t a lot of people headed off to college to get the full ‘nerd’ experience after this movie since if you really take a look at it the nerds were brutalized and humiliated more often than not, and their wins came only after they’d been pushed too far.

There’s not a lot of information on this movie at the moment, but given that it’s had at least one sequel that’s worth remembering and a few others that didn’t really do that great, another sequel seems like less than a good idea. Jeremy Herbert of Crooked Marquee is one among many that seems to think that the movie has aged less than gracefully throughout the years, meaning another sequel wouldn’t be the best idea. It would seem that the idea is to get the old gang back, which means dragging up a lot of individuals that we haven’t seen in a long time. It’s enough to wonder however if the core group would be the only ones we saw or if they might bring back a few faces that we don’t fully remember. In any case it doesn’t seem like that great of an idea since Revenge of the Nerdsd is an idea that had its time and became a cult classic, but is best remembered as something that was funny in its day and is still funny to those that enjoyed it. Those that want to shred the movie and hate on it, well, they can do this all they want since they have the right, but at the same time it doesn’t do much since they’re a decade or two too late and their words are about as effective as an individual trying to push over the pyramids while protesting slave labor (even though slaves didn’t build the pyramids). See how that’s less than sensible? I hope so, because that’s how much sense making another sequel doesn’t make.

At this point it really feels as though Hollywood is grasping at straws and digging around in the archives for anything that seems like it could be a good idea to push to the audience. In the process however they tend to dig up stuff that should be left alone and allowed to retain the classic status that has been earned. Revenge of the Nerds was a great movie in its time when the strong stereotypes of the jocks and the nerds were at odds with each other in the movies and in society. As of now it’s a little less than relevant, but it’s still a classic movie that needs to be left alone.