Home
Revenge
Revenge Preview and Photos: Will Someone Get Hurt in the Winter Finale? 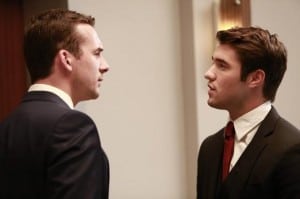 We got another flashback episode of Revenge this week, but this time we visited 2006. Â Victoria’s estranged mother showed up for a tense Thanksgiving, allowing us to see flashbacks to a younger Victoria and gain insight into herÂ personality. Â We also learned that Victoria is skilled at a revenge plan of her own when she set up her mother with a new boyfriend and then destroyed their “relationship” to get vengeance for the disdain her mother showed for her when she was younger.

Meanwhile, we saw a younger Emily’s first mission for Takeda, which also led to her first meeting with Aiden. Â It turns out Aiden’sÂ familyÂ also had a connection to the bombed flight that implicated Emily’s father. Emily also met a down-on-her-luck Ashley during her first mission and “saved” her friend from having to prostitute herself. Â And we met Nolcorp’s former CFO who severed ties with Nolan after learning about his involvement with David Clarke. Â In the present, Daniel called the CFO with a proposition.

In next week’s episode, Daniel’s role as the new CEO of Grayson Global is challenged while Emily and Aiden put their plan into effect at Grayson Global. Â From the looks of the promo, Ashley also seduces Conrad and someone ends up covered in blood.

Watch a preview below for the December 2nd episode of Revenge, airing at 9:00 p.m. ET/PT on ABC. 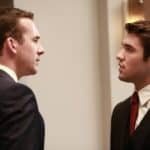 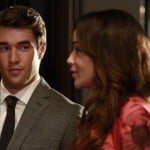 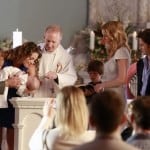 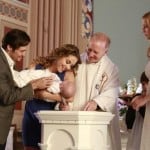 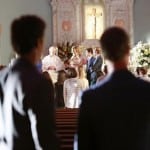 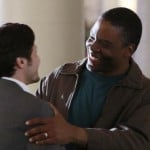