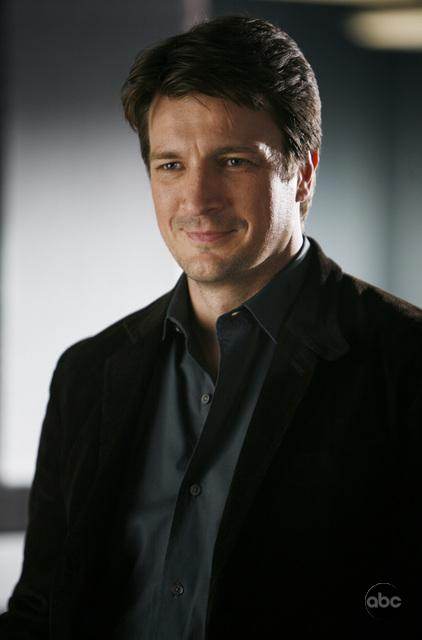 There is quite possibly nothing more satisfying than reading a well put together mystery novel. Following your favorite sleuth, whether amateur or professional, along the winding road of a tough case can be very satisfying. Unfortunately, the television mystery series has garnered quite a bit less enthusiasm over the years due to clichÃ©s and plots that we’ve all seen time and time again. Nathan Fillion, star of the new ABC mystery series Castle, hopes to change our minds and give us something fresh and new.

Castle is a midseason replacement set to premiere on ABC on March 9. The official synopsis of the series says,

‘Wildly famous mystery novelist Richard Castle (Nathan Fillion) is bored with his own success. Then he learns that a real-world copycat killer has started staging murder scenes depicted in his novels. Castle is questioned by NYPD Detective Kate Beckett (Stana Katic), a bright and aggressive detective who keeps her investigations under tight rein. Though they instantly clash, sparks of another sort also begin to fly, leading both to danger and a hint of romance as Castle steps in to help find the killer. And once that case is solved, he and Beckett build on their new relationship as they look to solve more strange homicides in New York – as much fun as one can have with death and murder.’

TVOvermind recently had the opportunity to screen the new mystery series and I have to admit, as much as I love Nathan Fillion, I was a bit skeptical going into this one. There have been many mystery shows over the years, and as great as so many of them were, one word could pretty much sum up the episode plotlines. ClichÃ©. So many television mysteries end up becoming nothing more than one predictable plotline after another. Although one episode of Castle alone can’t answer this question, the pilot episode does tell us one thing loud and clear, this isn’t the same old mystery series you’ve seen before.

Nathan Fillion plays the outwardly roguish, cocky, couldn’t-care-less Richard Castle with an ease unlike anyone else. His attitude and mannerisms almost make you want to hate him at first, but you can’t help but smile at the same time. In the opening scene, Castle is introduced to the stage while autographing a female fan’s breast. As he’s walking away from her he slyly says, ‘Call me when you’re ready to wash that.’Though we quickly learn, through several scenes with his teenage daughter, that Richard Castle does care, and you start to peel back the layers that separate the public persona that Castle exhibits to his fans, with the real Castle that he keeps safely hidden below the tough exterior.

To play the other side of Castle’s easy going, break the rules type, is Kate Beckett (Stana Katic), the street smart, straight-shooting detective. Beckett is somewhat of a closet Castle fan, though she attempts to never fall for his charm (she often fails miserably at this, however). Overall I enjoyed Katic’s portrayal of Kate Beckett, however I do have some concerns about the character being too one dimensional and flat as the series continues. In the pilot, it’s a bit difficult in a few scenes to see her as anything but a plot device used to allow us to focus more on Castle’s overall charm and wit. In fact, there is only one scene where her street-smart ways beat out Castle’s book-smart knowledge. If they want this show to stand the test of time, we really need to see a more rounded Kate Beckett character. If they can succeed in having her one-up Castle a little more often, and maybe even teach him a thing or two about real life crime solving, they’d have something even more amazing on the air.

What makes Castle really different from previous mystery shows, however, is the metafictional device they employ. You see, Richard Castle himself is a mystery writer, creating fake murder mysteries for his novels. He knows ever murder plot clichÃ© out there, and makes these weak points and clichÃ©s known during the case they’re working on, which is also inadvertently pointing out the same weak points and clichÃ©s out to the audience about the show itself. It’s an interesting balancing act that makes the show amusingly self aware and entertaining to watch at the same time.

Overall I found the pilot episode of Castle to be fantastic and far above my expectations. If you’re a fan of the procedural mystery series with a little fun, you’ll definitely want to tune in for this show. I certainly didn’t think the show was flawless, and there is room for more improvement, but for a mid midseason replacement, it more than exceeds the expectations that I had for the show. I’ll be setting my DVR so that I don’t miss this one at all.

Castle is produced by ABC Studios and premieres on ABC on Monday, March 9 at 10pm (EST). 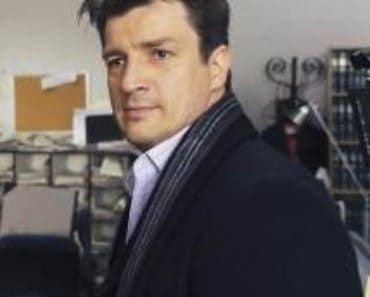