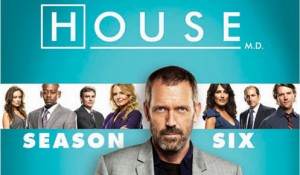 Our sneak peek of Universal’s recent releases continues with season six of the FOX medical drama House. Let’s take a look inside the next volume of happenings at Princeton-Plainsboro Teaching Hospital…

I’ll admit that when it first started, I was a big fan of House. Midway through the first season, I was introduced to it by a friend and followed it all the way through season two. However, by mid-season three, the show had rubbed me the wrong way one too many times, and I bid adieu. I haven’t watched it since. When I got the chance to review this season, I wondered: had it changed? Was House still so insufferable that I could no longer root for him as the show’s protagonist? Was the show still having all the major female characters fall over him? Was it still carrying the soapy plotlines of who was lusting after or sleeping with who?

I’m sure what I’m about to say is going to annoy fans of the show, but in my eyes, it hasn’t much improved since I said goodbye to it years ago. Yes, Hugh Laurie is still an amazing actor, but the character of House just isn’t one I want to watch anymore. Between how the show put more and more emphasis on him being a player and the constant amount of women who seem to implausibly drool over him (in this season, he sleeps with Franka Potente’s character in the two-part premiere, and by season’s end we’re set up for a House-Cuddy romance, after however long of House-Cameron and House-guest star flirtations), he just borders on ridiculous and off-putting more than anything else. I’m aware that he’s no saint or teddy bear, but there are limits. I was interested in watching the beginning of the season, as his struggle with his addiction finally came to a major head (addictionology is something I’ve studied for awhile), but past that, I just couldn’t bond with the character the way I had when I watched the show before.

This season also ends up entangled with the romance between Cuddy and Lucas (Michael Weston, who has the best name in entertainment IMO, being a Burn Notice fan), the seems-sudden collapse of the seemed-sudden marriage between Cameron (Jennifer Morrison) and Chase (Jesse Spencer), and of course, Cameron’s departure from the series when Morrison was let go. Fans had long suspected someone was going to leave when the show began to add new team members in Season Four, and Morrison was the first to go. (I don’t count Kal Penn since he left for his own reasons.) The medical cases don’t much deviate from the now-familiar formula of, as my friend Fred Topel put it, “diagnose them, but be wrong four times and then find the right one.”

All of that isn’t for me, nothing against the millions of people who have kept the show on the air this long. There are, however, strengths within all the mess. Hugh Laurie remains a great actor and writer, and he also directs (a featurette is devoted to that here). Lisa Edelstein has been a great actress since she was on Sports Night, though I fear she’ll always be called “the hooker from The West Wing,” and I was glad to have an episode (“5 to 9”) that focused on her when too many early episodes merely had her show up for one line and then leave. Andre Braugher is one of the best actors of my generation, and he turns up here as Dr. Nolan, House’s psychiatrist. Him and Laurie opposite each other is a great combination to watch. Unfortunately, the show itself turned me off awhile ago, and this season doesn’t get me to change my mind.

House‘s DVDs are set up much the same way as The Office, in the digipak with the cardboard slipcover. Here’s where things get a bit funky. Unlike The Office, where the digipak opened up and the content listings were right inside, House opens up differently. The front cover opens to expose the discs right away, and the content listings start on the interior flap…then continue to the back of the box. At least the information is clear and readable. Also, I hope no one has a needle phobia (then again, why would you watch a medical show if you do?) because on each disc is a big, giant needle.

Like The Office, the digipak layout does mean a bit of a problem in putting the discs back in. While they do come out easily when you push down on the plastic holder, putting disc two back in means you have to remove discs one and two and make sure they lay properly when inserting them.

Annoyingly, there are forced previews on the first disc, but you can skip them by hitting the “menu” button on your remote. The menus are clean and easy to navigate, and if you’re a fan of the show’s theme song (“Teardrop” by Massive Attack) like me, you may watch them for a few minutes just to listen to it.

Technically, the episodes are in 1:78:1 widescreen. There’s a Dolby Digital 5.1 audio track, with English and Spanish subtitles. House has always been a visually interesting show with the bright interiors of the hospital to look at, and the transfer doesn’t disappoint.

Those big, giant needles are creepy to look at, though.

This is the first DVD release I’ve reviewed where there are significant features exclusive to Blu-Ray. Aside from the BD-Live and pocket Blu functionality (the same as with The Office), where content can be viewed on your TV, computer or mobile device, House Season Six also sports a slightly juvenile-named piece called “Crazy Cool Episode: Epic Fail Featurette,” which focuses on the visual effects from that episode. I’m amused that’s the best title they could come up with.

Where House really scores is with the special features. I’m always delighted when these get cast members involved, because they’re the ones fans really want to see – they’re the ones we watch every week and the ones we want to meet, or hang out with, or punch in the face. However, all too often and for various reasons, that doesn’t happen, or the cast members that are scrounged together are minor ones. However, House has cleared that hurdle and then some with these features. They are:

Between four worthwhile featurettes and three commentaries, two of which have secured two of the three main stars of the show, this is a great package of special features. I beg the rest of the DVD world to sit up and take notice of this arrangement. If only they all came like this.

While I can’t with a good conscience recommend House as a series anymore, I can say that fans will be rightly thrilled with this release, which has a nice transfer and amazing special features. It’s well worth the investment for fans of the series, though casual fans may want to stick to a rental until you’re sure the show itself is something you want to own. However, if you’re a House fan, then this is definitely worth the pickup and hours of satisfaction will follow. 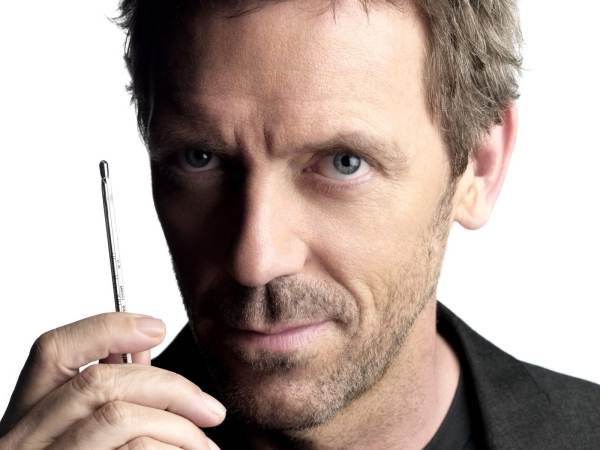 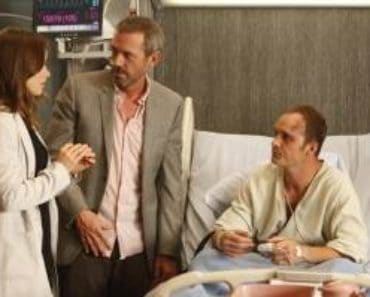 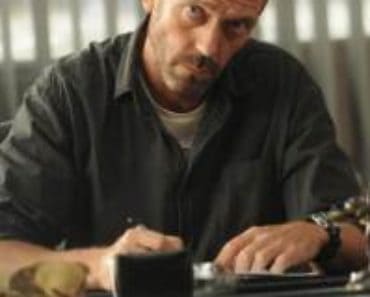 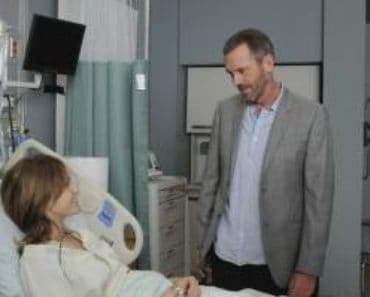 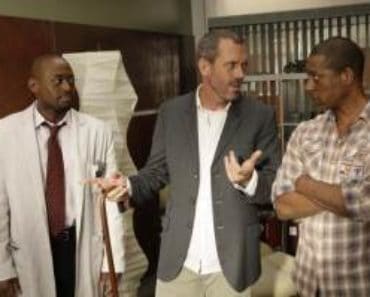