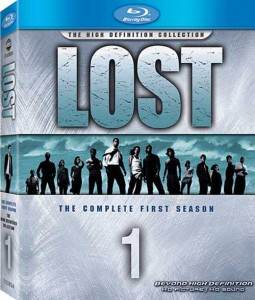 I have to say, I’m a bit astonished by the amount of people who think Blu-Ray is some kind of fad. Every time I hear somebody say that the format will eventually fade out I wonder if they even have eyeballs. That said, I can understand how some people would see it that way. Blu-Ray, under the wrong circumstances, may not seem like much of a big deal. Under ideal circumstances, though, it can be a revelation — and LOST, with its abundant natural light and distinctive natural locations, is the perfect vehicle for enlightenment to the power of Blu-Ray.

Here’s the thing, I’m writing this for LOST fans so I know I don’t need to convince you to buy ‘the show’itself, but trust me on this: LOST has to be seen on Blu-Ray. There is another dimension revealed which is difficult to put into words, but let me try:

When I visited Hawaii during the production of Season 4 (I was on the set for the filming of the episode ‘The Other Woman’) something very strange happened that probably wouldn’t happen if you were visiting the set of any other show. Most notably, this happened in the Kualoa valley where numerous scenes have been filmed for LOST.

You stand there, gaze up at the eroding volcanic foot hills that flank the undulate pastures, and suddenly it strikes you: ‘the island is real.’Walk beneath the dense canopy of a Banyon tree grove and the shadows come to life with the sinister presence of the others. You get the picture. LOST is as much a product of the inspiring terrain that it is filmed on as the minds of the writers who create it. Some of that is lost when you watch LOST on television. Nature has a level of detail that will forever surpass any television resolution. Which brings us back to the technical merits of Blu-Ray.

I’m old enough to remember the old laserdiscs that preceded DVDs. Imagine Vinyl LP sized DVDs, that is essentially what they were. They nearly doubled the line resolution of VHS, delivering 420 lines versus VHS’s 240. The problem was, most television sets were not designed to accurately display progressively. Anything over 240 lines would be displayed with a process called interlacing. So 420 was actually 480i. Without digital precision, 480i was kinda meh back in the day. It was better than VHS, don’t get me wrong, but the limitations of most consumer level TVs really deprived laserdisc of its promise.

DVD was not far behind. Anybody remember the component input revolution? Think your DVD player looks great? Wait until you take it out from the 3 wire video/audio left/audio right setup and put it in color stream/component. All of this technical gobbilty gook basically comes down to this: our television technology is outpaced by our media storage capabilities. The same couldn’t be truer for blu-ray.

As far as consumer pricing is concern, capable 1080p TV’s have not entered the market until the last year or so. Sure, if you are blowing $1,200 + on a television you probably have one. Even now, there are numerous 720p sets amongst the flat panel collections of your local Best Buy, and many of the 1080p’s there are still too slow to truly enjoy 1080p. If the television cannot display the picture fast enough, compromises have to be made — in the case of Blu-Ray, the format demands very fast reproduction and the compromise is blocky pictures whenever the camera moves quickly, and bizarre pixilated ‘˜edging’on the characters. Most of it can be ‘˜gotten used to.’If you’re not convinced, go to your local Best Buy and ask for a demonstration of Blu Ray on a “Blu Ray capable” television. The bottom line is, this distinction does exist – and until you’ve seen the difference, Blu Ray may indeed seem like a fad.

So this all comes back to LOST. LOST, being filmed in locations that have details that elude the sensitivity of film emulsion, tests the reproduction capabilities of any format. Perhaps even Blu-Ray at 1080p isn’t nearly clear enough to summon that sense of LOST’s reality that standing in the Kualoa valley does, but it is damn close.

Everybody seems to be obsessed with whether or not the sets contain any new extras or not, they don’t. In fact, the old DVD extras aren’t even upsampled. If your TV reports resolution to you, you’ll find the extras are in plain old DVD-480. I say: so what. The opportunity to watch LOST with a palpable increase in the amount of natural detail is beyond the value of any extra they could throw in. Make no doubt about it, the main attraction for any LOST fan with the Blu Ray is the opportunity to watch the show with a whopping 360 lines of additional clarity that will make you appreciate the natural beauty of lost more than the broadcast 720p, or the low-res DVDs ever could.

Comparing the Blu Ray edition to the standard edition DVD is difficult without an appreciation of the technical virtues of a good Blu Ray setup. In terms of packaging, the Blu Ray sets are identical to the previously released LOST Season 3 and 4 Blu Rays sporting a hard shell plastic case with the standard paperback novel profile, versus the DVD trade paperback size. There is a noticable lack of inserts and booklets. It is very much a set targeted towards upgrading the viewing experience of the episodes themselves, and nothing more.

It is interesting to note that purchasing the Blu Ray does give you a $20 discount if you own the original DVD set, but you have to mutilate the box of your DVD set and the slipcover of the Blu Ray’s in order to provide the qualifying proof of purchase.

The bottom line: experienced technophiles don’t need to be told that Blu Ray wins on the merit of performance. If you are buying for the first time, LOST is defintiely a program that benefits from the upgraded bandwidth. Until something better comes along, Blu Ray is simply the best way to watch LOST — and anything else for that matter. Just make sure your TV is up to the task.