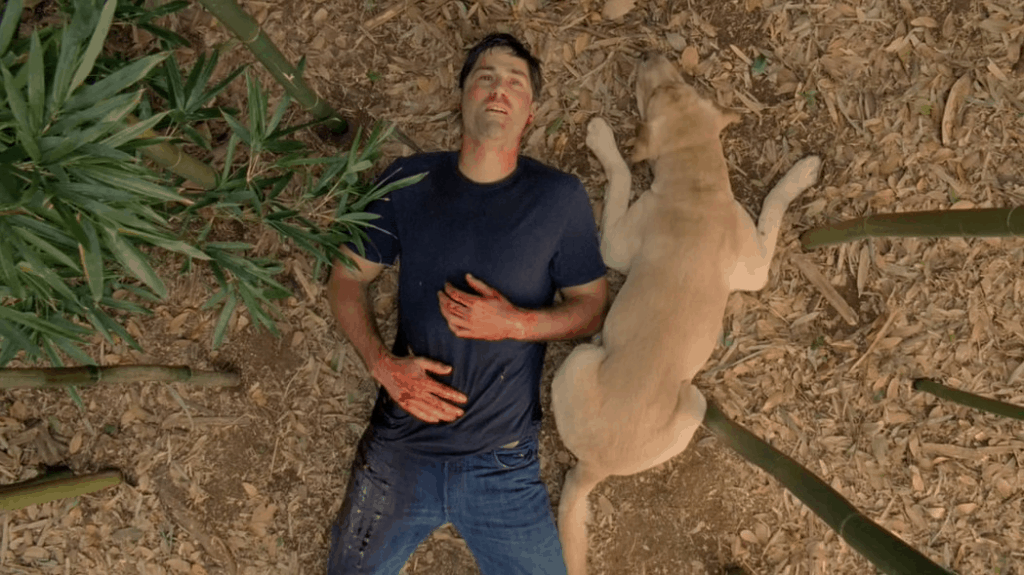 No season of television has ever been scrutinized so closely as LOST‘s sixth season has. From the premiere, “LA X,” to the finale, “The End,” the season was pored over by fans eager to know how one of television’s greatest mysteries would end. And, when the end finally rolled around, it was the most controversial series finale since Tony Soprano cut to black back in 2007. That is to say, it has garnered the most polarized opinions I’ve ever seen. For season six, you either loved it or you hated it, and that applies doubly to “The End.” Personally, I loved it.

I can already hear about half of you groaning in disgust. But before you move your cursor up to that X, hear me out: I’m not naive about the season. You won’t be seeing a big red A+ at the end of this article. Season six had some flaws and faults, but those didn’t really affect my enjoyment of the season as a whole.

Of course, the biggest flaw that the season had was pacing. After the survivors arrived at the Temple in “LA X, Part 2,” we stayed there with them for another four episodes until the Man in Black provided us with one of the most beneficial massacres the show ever had, propelling the survivors out of the Temple, and to the beach, where they stayed for another six episodes until finally deciding to go meet the Man in Black in “Everybody Loves Hugo.” Now, I wasn’t bored while watching these episodes, but in retrospect, the survivors could have done a little more with their (and our) time instead of sitting around the beach, making plans. The duration of their stay at the Temple could have been slimmed down a couple of episodes, and they could have moved on to other things.

Another pacing problem I had with the season was not necessarily to do with plot, but with placement. You all know which episode I’m talking about: “Across the Sea.” The episode was a bit of a slow-down after the adrenaline-fest that was “The Candidate,” and though it did provide set-up for “What They Died For,” it simply didn’t carry the inertia that it should have, especially for the third-to-last episode of the entire series. If the episode had appeared earlier, or if the events of the episode would have been sped up, I doubt many fans would have had complaints. But, as I said in my review of the episode, it felt a little too much like an “Ab Aeterno” redux and not enough like the fantastic, mind-bending episode that it had every right to have been.

But the season still managed to be a great one. I almost hesitate to compare it to the other seasons, because it felt like such a completely different show. Not in a disjointed way, mind you, but it was thematically darker than previous iterations of the series were. I actually found it on par with season one in terms of quality – season one had similar pacing and similar character development, and I don’t even need to bring up the similarities between the final moments of the series and the first moments.

Though many have made complaints about the lack of mythological development in the season, I can’t say that I was terribly disappointed. We found out what we needed to, and left a lot of it to mystery (or DVD extras). I can’t say I would have felt any better about the season had we seen the Egyptians who presumably came to the Island and built all those statues and landmarks. Their only importance came with the landmarks they left behind, and we can simply conjecture their existence without having it spoon-fed to us.

The season was really all about the characters, and the glimpses of the Afterlife that we saw in the form of the flash-sideways was really done well. Though I had begun to think that perhaps Jughead hadn’t created the timeline, I was still completely shocked by the final reveal that Christian gave to Jack. Seeing the characters reunite and forgive each other might have been a cop-out if it wasn’t the entire purpose of the show: to show these lost souls coming together to find themselves. Leaving these characters unresolved would have gone against the very nature of the show, and having those interactions made the series much more profound — and the finale that much more emotional.

The final season also defied expectations with the body count. In total, only six main characters (Ilana, Jin, Sun, Sayid, the Man in Black and Jack) were shown to die in the main timeline, while the rest presumably lived out their lives happily. That’s a far cry from initial expectations that we’d only see a handful survive. However, the deaths were still poignant and emotional, with Jack’s perhaps being the most memorable, simply due to the fact that Jack was the one character who had been untouchable throughout the series. His death was the full realization that the show was really over, and seeing his eye close was the perfect curtain call to one of television’s best dramas. B+