Home
Movies
The Top Five Rewatchable Movies of the 80s 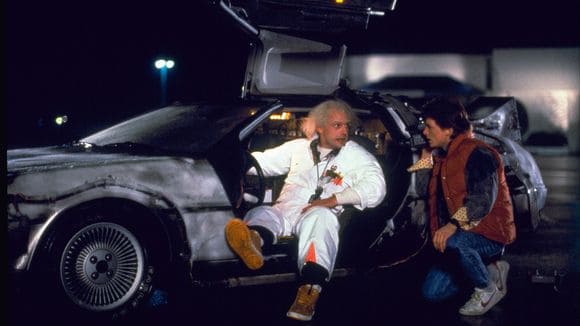 If you’re a product of the 80s or before some of these movies are no doubt among the many that you could watch again and again just to feel some sense of the nostalgic joy that you might have experienced back in the day. After all the 80s was kind of an interesting decade in terms of movies, as Ruby Buddemeyer from Marie Claire might agree with thanks to her own picks. Keep in mind though, those listed below are personal favorites as well as those that a lot of people tend to bring up in casual conversation with a smile and a nod when a person goes on and on about how great they are. There are obviously a lot of 80s movies that are easily deserving of a spot on a list like this but as they all deserve at least more than a little blurb it seems fitting to say that a detailed and caring description of them and what they meant to some of us might actually be a little more warranted.

So with that said, here are just a few of the movies from the 80s that people tend to enjoy watching again and again.

So far we haven’t gotten anything else from the Ghostbusters 3 trailer that is all that revealing about the movie, but We Got This Covered keeps it up and running along with many other sites just so we can sit and analyze it again and again. But when you really look at it, the original will likely always be seen as the best no matter the many insane theories that come up about it. Oh you didn’t know? Check out what Cracked has to say about this matter and you might look at the movie a little differently, or not. With anything it’s more a matter of what kind of perspective you take on the subject than anything.

Just to be clear, bicycling from Astoria to Cannon Beach is physically possible, but not in the short amount of time that the boys managed to do it in. And if you really want to dispute this don’t do it with someone that’s actually from the PNW because first they’ll laugh and then they might give you the grand tour of the trek that they would have to take from one place to the other. It sucks to have your illusions crushed in this manner but at the same time this is still a movie that plays to our more childish fantasies and is something that we can’t help but remember fondly and with a great amount of joy. Plus, the Goonie House still stands today if you want to go online and take a look at TripAdvisor.com you can see the house and recommendations for sites you might want to visit.

He was the guy that everyone wanted to be like and everyone looked up to back in the day but if you looked at this movie in the modern era you might find that a lot of people are actually ready to call him a misogynistic jerk with a severe case of narcissism. Of course then it might be necessary to tell those folks to take a pill and remind them that back in the day our movies might have been a little un-PC (thank goodness) but they were designed to be entertaining and despite the content they were hardly ever taken seriously. Honestly, a kid that tried this would be caught and grounded for the rest of his natural born life, or at least high school.

Every school has their misfits and they all come from different backgrounds. There isn’t just one group that produces the most troubling students in the school, as this movie clearly shows. Like a lot of 80s movies it shows themes that people wouldn’t agree with now and would likely cause the movie to be banned because of them. But like it or not, this is a part of our cinematic history and there are a lot of people that would probably fight just to keep it intact since it happens to be a part of our past that we want to keep, no matter how imperfect it is. After all, the raised fist that Judd Nelson throws in the air says more than most things the current generation have had to say.

1. Back to the Future

Sigh, I really don’t like analyzing movies, but I will go ahead and agree with Simon Drew from Den of Geek! on this one: Lorraine and George would likely recognize that Marty looked just like ‘Calvin Klein’ once he started getting older. That might raise a few eyebrows around the household wouldn’t you think? It’s a paradox that a lot of people don’t want to see but it is there, and it is something that seems kind of hard to miss once you see it. But otherwise this movie is just a fun ride from start to finish.

The 80s movies were a lot of fun, obviously.