Home
Entertainment
10 Things You Did Not Know About Richa Chadha 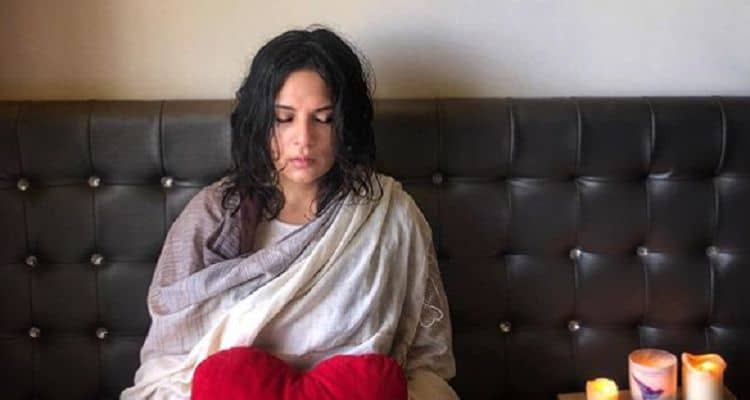 The Indian entertainment scene, commonly referred to as Bollywood, has produced a lot of movies and is the path to fame for many entertainers. Among the actresses that have made a name for themselves in the Bollywood scene is Richa Chadha. Her presence on the screens is impressive, and her web series have brought some decent attention to her talent. If you have been following her or interested in knowing much about her, then stick along to this article as we go through ten things you probably did not know about her.

Richa Chadha was born on 18th December 1986, in Patna district in the state of Bihar, located in Eastern India. She grew up in Delhi with her parents. Her mother is a professor at the PGDAV College of Delhi University, whereas her father runs a management firm. Her mother’s prowess in the academic sector has seen her author two books. She also works with the Gandhi Smriti, which is a museum dedicated to one of India’s most respected figures, Mahatma Gandhi.

2. She Is Quite Well-Learned

Not many associate academic hard work and life in the entertainment scene. However, there have been several instances where people with academic milestones, have their mark felt in the arts scene courtesy of their talent. Richa Chadha is among the statistics of the well-learned that have clawed to success in acting. She completed her schooling from Sardar Patel Vidyalaya when she was sixteen years of age. She then proceeded to pursue a diploma in social communication media from St. Stephen’s college, a constituent college of the University of Delhi.

3. Her Battle With Bulimia

According to The Indian Express, Richa Chadha battled with an eating disorder during her first days as her career took off, bulimia. It is a disorder where the affected engage in spells of binge eating, followed by purging to get rid of the food from the body. Most of the people who suffer from this condition have esteem issues, primarily when focusing on their bodies. Richa claims she was under pressure to maintain a specific body type to fit more roles. The stress took a toll on her and bulimia set in. The good thing is that she was able to overcome it.

It seems the bug for the entertainment industry bit Chadha while quite young, leading to her first earnings. Her first job was back when she was 12-years-old, where she took part in a Rabindra sangeet dance performance. Doordarshan, an Indian public broadcaster, organized the event. She got paid Rs200 and equivalent of $3 at present exchange rate. She also got a sari for her efforts.

As earlier highlighted, Richa has had eating issues at some point in her life. Seen as a move to eat and live healthily, she decided to go vegan. A vegan is someone who goes into a diet where they abstain from consuming any animal products. According to Book my show, she went vegan as he prepared to get into shape when filming Fukrey 2. It seems the fad got into her, and she now sticks to a strict organic food diet.

Richa Chadha has also tried her hand in taking the runway stroll. In 2014, she posed dressed as a mermaid for PETA, an animal rights lobby. The move was to encourage people to avoid eating fish and go on a vegetarian diet. The same year, she went down the runway for the Lakme Fashion Week. Not much information is available on her transition to the modeling world as she appears to be more focused on the film industry.

If you are a fan of this beautiful export from the Bollywood scene, then there are high chances that you want to know if she is taken. For a long time, she was associated with her French boyfriend, Franck Gastambide. The two met at the 2015 Cannes Film Festival. They, however, broke up the following year, and she immediately got into another relationship with Ali Fazal, her co-actor from Fukrey. Reports from MSN indicate their relationship is strong and we should expect the wedding bells chime anytime soon.

Richa is quite active on social media with a strong presence on Instagram and Facebook. On Instagram, she has whopping 1.5 million followers with her Facebook page being in the same neighborhood raking 1.6 million likes. She uses her social media handles to share her photos and also to interact with her multitude of fans.

Awards and nominations are an essential marker of the efforts of an entertainer at whatever they do. Richa Chadha is dedicated to whatever project she takes part in, a fact that is evident courtesy of her several nominations. From her nominations, she managed to bag a decent number of winnings. Her wins include her part in Gangs of Wasseypur, for the best actress at the Filmfare Awards. For the same role, she got nominations for the best-supporting actress at the 2013 Screen Awards and Stardust Awards. She also bagged another Screen Awards win for her role in Fukrey in the 2014 edition for Best Performance in a Comic Role.

With her star power growing by the day, Ms. Chadha has taken some endorsements. The endorsements include the one she did for PETA to encourage vegetarianism. In 2015, she attended the 18th Marrakech International Film Festival as a member of the jury and also representing India. Other endorsement deals include some from Minute Maid, Virgin Mobile, and Tata Sky.

Richa Chadha is a familiar name in the Bollywood scene due to her immense talent that she demonstrates on the projects she takes part in. She started quite low in the industry, but her resilience paid, and she is among the most sort Indian actresses. Above are some of the minor details about this 3-year old entertainer that you now know of.