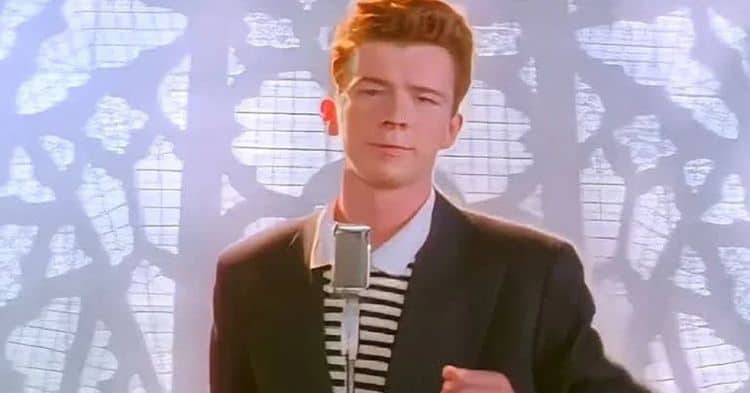 For those who don’t know, if there are any left, Rick Astley has been kind of a big deal for a while even if he appeared to fall off the map for a little bit since his hit song Never Gonna Give You Up has been used in various ways over the years and has been something of a sensation. Some people even go a little nuts when talking about him since they’ve been fans for so long that they can’t help but act in the same manner that teenage girls used to with The Beatles. But seeing the video to his most popular song remastered in 4K is kind of cool since it looks like a person could just reach into the TV and touch anything or anyone they wanted. Yeah, that’s a little creepy but it means that the picture quality is amazing and that’s something that happens to mean a lot to quite a few people. It’s hard to begrudge anyone their interest in advancing technology that’s used for entertainment since, to be honest, a lot of us are old enough to remember what it was like to have a TV with a VCR built-in and then a flatscreen TV that was actually a flatscreen and not just a giant monitor encased in a humongous frame. Seriously, it’s easy to get psyched about technology as it continues to advance since it’s something that offers an even greater and more convincing escape from the real world that a lot of people have been wanting to get away from for the past year or so.

It is a little ironic that as technology increases the interest in the past continues to increase. It’s almost as though technology is outpacing the entertainment industry, leaving people no choice but to enjoy the movies, music, and TV shows of the past more often since the new technology is constantly being applied to old favorites. It’s hard to argue really since the old favorites are still enjoyed for a reason and people aren’t bound to leave them behind anytime soon since we all have the music, movies, and shows that we grew up with and a lot of us are still adamant when stating that the stuff we enjoyed in our younger years is superior in some ways to the material that comes out today. In fact, one could say that the entertainment of today has a lot of thanks to say to those that came before, as do the technological wonders that many are so in awe of as they continue to roll out. Showing the older material is, in a way, a token of thanks to what has come before, and it’s fair to say that the old media and new technology mesh very well since people still enjoy it, which is one of the main points.

The fact that Rick Astley is still around is impressive, especially since he took a pretty long break when he became tired of the business end of the industry. Unfortunately, such a thing is bound to happen since some folks get a bit tired of dealing with the many different facets of the entertainment industry since if anyone has even managed a glimpse at a list of the considerations that have to be made they might run the other way and say “Nah” in response. The entertainment industry is kind of a pain in the backside when it comes to dealing with the business end, but that’s why there are teams of people to deal with that stuff. Rick has come back since and he’s continued to perform and to create new songs, but one can easily guess that he’s more popular among his loyal fanbase and those that happen to like his music than anyone else. That’s the downside of belonging to a certain generation, it’s difficult to gain that many new fans moving forward unless one is able to switch up their sound and still keep what people ended up liking about them in the first place. Plenty of people still enjoy Rick’s music and he’s still someone that people talk about, but you can easily guess that he’s still not quite up there with a lot of the artists that have been gaining popularity over the last couple of decades. Somehow that’s comforting though since he still has his loyal fanbase and he’s still, more or less, the same guy that he’s always been.

The business can definitely change a lot of people into something that they weren’t upon getting into it, and fans do tend to take notice of this sometimes, but many will stick with an individual for as long as they can. With Rick, it’s been about the same thing for most of his career, even when he changed his sound to soul instead of pop. Believe it or not, fans do appreciate a celebrity that doesn’t change that drastically.