Home
Entertainment
The Rise and Fall of Sean Young 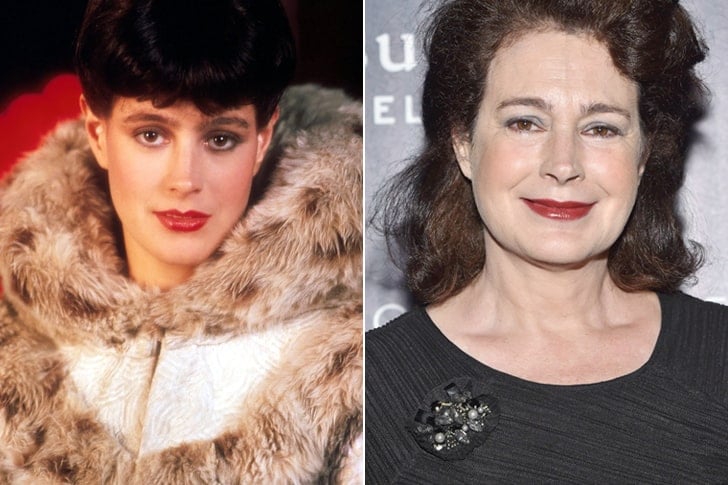 Remember when Sean Young was a big deal in Hollywood? It’d be hard to equate that fact with what’s happened recently since quite honestly she’s been kind of an embarrassment to herself most of all in recent years even while trying to make it sound as though she’s the victim. Whatever might have happened back in the day that could justify the way she is now must have been fairly horrible since for years now she’s been on a downward spiral that has been getting continuously worse. At one point and time there were many that would have claimed, with great pride, that they wanted to be like Sean Young or wanted to be around her. The woman was one of the hottest stars around in the 80s and even into the 90s she wasn’t ignored or even connected to the kind of acts that she is now.

But that was then and this is now. Some people would understandably like to remember her from movies such as these below:

She didn’t have a huge role in this movie but her support was more than enough to give Russell a love interest and to create some much-needed buzz that allowed the film to be taken a little more seriously. Her role as an MP was after all instrumental in setting up a few noticeable and memorable scenes between a few of the characters and as a result she was kind of invaluable after a while. If another woman had been put in however she would have likely been just as memorable. It was a utility role to be honest.

In the original movie it almost felt as though she was meant to be an important fixture but at the same time she got brushed off a lot. Deckard’s story was the main point after all and Rachel, while very interesting and still meant to be a big part of it, was more of tag-a-long. In fact it seems as though her character became far more important in the Blade Runner film that came out recently, though her omission was kind of surprising. There have been rumors that she was greatly incensed that she wasn’t allowed to bring her character back, but whether it was just the way the story was written or something else entirely is hard to know.

She had a great career at one point and was the talk of the town so to speak. She had the kind of roles that would make just about any star great and carry them on to even greater things as time went on. But for some reason her star began to dim and her career started going down as the 90s rolled around. She still had jobs coming in and she was still known to those that had watched her for the past decade or more, but things weren’t quite the same as the 90s and then the 2000’s came on. Some could argue that she didn’t manage to adapt enough to the current landscape of Hollywood while others could make the case that she believed that she was more important than she actually was, but whatever happened Sean Young’s career hit a severe decline and kept accelerating as she was seen less and less.

To be honest she’s been active for a long time and still is, but at this point her career has been so messed up that no one really pays as much attention to her unless she’s in the news, like this:

She actually tried to crash a party she wasn’t invited to and was told no by the doorman. Now if you believe her story then he grabbed her arm trying to keep her out and she slapped him ‘accidentally’ in return. The trouble with this is that she was visibly intoxicated, though she claims she wasn’t, and was being rather belligerent to those involved. The whole issue was that she hadn’t been invited to the party and was attempting to get in anyway, which in 2012 was a big no-no, just as it would be now. You might think “Hey it’s Sean Young, just let her in,” but this turned out to be one moment when a star couldn’t bank on her fame to get her way, which is kind of refreshing since this doesn’t seem to happen all that often. Usually if a star wants something they get it because they ‘know people’ and are afforded a higher status than many.

Not this time. She was arrested and released not too long after and was interviewed by TMZ, where the entire room began to laugh and make fun of Young without any hesitation. This is what happens when stars hit a downward slide and can’t seem to find the brakes.