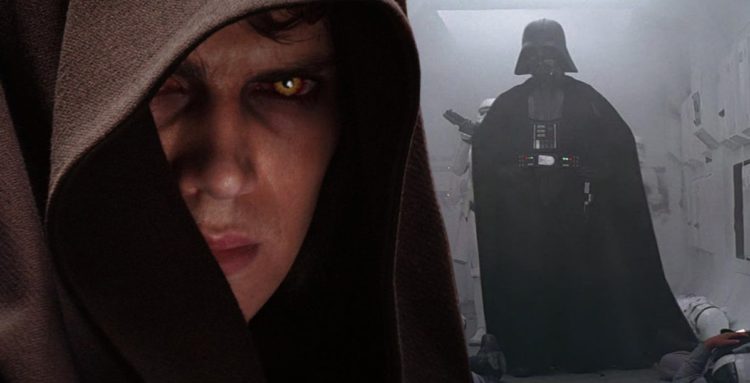 So what do you think? Would this upset a lot of Star Wars fans or would it unite them in a way that little else has throughout the years. The fan edit that adds Kylo Ren and Anakin’s Force ghost alongside Luke and Leia is something that a lot of people would look at and claim caps off the movie in a way that was so desperately needed. Katherine Stinson of Screenrant would probably agree with this last sentiment since as she goes into speaking of how Kylo and Anakin were idealists with a lot of imperfections it’s pretty obvious why their redemption would be so valuable. As Darth Vader, an enhanced Sith lord that was in part highly responsible for the downfall of the Jedi, Anakin Skywalker had a long way to go to come back to the light, and yet he did just that by the end of Return of the Jedi since he did save his son from Palpatine. Kylo had a similar arc, though he didn’t suffer the same fate as his grandfather when it came to loss of limbs or the need for a containment suit that would keep him alive. Despite all this however Kylo still had his own troubles to overcome and had to complete an arc that was finally achieved thanks to a small shove in the Force by his mother.

The fan edit isn’t horrible really since it does give justice to those that wanted to see Anakin’s Force ghost at one point or another and it’s also easy to enjoy since it allows a shot of just how redemptive Kylo really became at the end. Hoai-Tran Bui of SlashFilm has more to say on the topic. Giving up his life for Rey was a big step back to the light for Ben Solo since he’d been mired in uncertainty while practicing the dark side of the Force. One could almost say that he didn’t have the heart for it since he’d been trying to recruit Rey from The Force Awakens onward and didn’t appear to have any huge intent on killing her, apart from aiming his TIE fighter at her in Rise of Skywalker. Somehow though it’s easy to think that he anticipated that she would leap over it, but not that she would slice through the strut connecting the body of the fighter to its left panel. How he walked away from that without a scratch is of course attributed to the Force since anything else would have him stumbling from the wreckage, bleeding from several cuts, and likely falling to his face not too long after.

Star Wars has suffered a lot of slings and arrows since the prequels when George Lucas decided to explain just how the original trilogy came to be, though this current trilogy has definitely been made to endure a good amount of criticism and vitriol that the fans have seen fit to fling at it. From the beginning to the end it was a hope that J.J. Abrams’ attempt to close out the trilogy would have been met with approval and a hearty ‘good job’ by a lot of people, but somehow it only garnered even more criticism, though with far less vehemence than The Last Jedi. Funnily enough though, a lot of those that didn’t even enjoy characters such as Rose Tico from TLJ were some of the first to get in line when it came to championing the argument over why she wasn’t given enough screen time in the third movie. Then there were those wondering why Poe’s arc wasn’t being focused upon, and why certain other things weren’t being given the attention they believed that was deserved. Did anyone happen to note that this was supposed to be the end of the SKYWALKER saga? It’s true that this saga has included a lot of people and they’ve all had their different part in it, but like it or not, this movie was bound to be about Rey and her need to finally find out who she was and who she didn’t want to be. And on top of that, being the last Skywalker relation, Ben Solo was bound to be a huge focus as well, as was Leia, as the title Rise of Skywalker, wasn’t given out just for giggles. Chris Taylor of Mashable has more to say on the subject.

In a way this fan edit is kind of awkward if only because we haven’t really seen a lot of Force ghost gatherings of more than two or three, but it’s also something that fans might agree is needed since it does show that final push to end the Skywalker line and to depict the lot of them having found peace in the Force, and the redemption they so badly wanted. As far as Kylo and Anakin having had to work harder to get to that point, that much is very true, but it’s also true that they worked the hardest to leave the light behind as well.