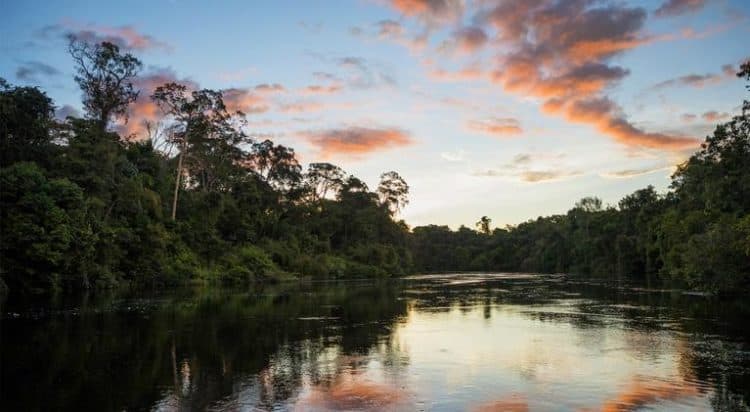 Rivers of Life is a PBS program focused on three of the most famous rivers that can be found on the face of the planet. As such, it covers people, ecosystems, and even landscapes, meaning that it should prove very interesting for a wide range of viewers. Here are 10 things that you may or may not have known about Rivers of Life:

For those who are curious, Rivers of Life consists of three episodes, which will be broadcast on June 19, June 26, and July 3. Based on this, it should come as no surprise to learn that each of the episodes will be used to cover a river, thus resulting in three episodes for three rivers in total.

2. Made in Collaboration with the BBC

It is interesting to note that PBS made Rivers of Life in collaboration with the BBC, which would be the British Broadcasting Corporation. Like PBS, BBC isn’t motivated by profit, meaning that it is much more willing to make shows focused on science as well as other academic subjects. Due to this, team-ups between the two broadcasters have been known to produce TV that is very well-suited for people who want education and entertainment at the same time.

3. The First Episode Covers the Nile

The first episode of Rivers of Life covers the Nile, which is one of the best examples of the impact that rivers can have on human civilization. Generally speaking, the Nile is connected with Egypt in the popular imagination because of how it has influenced and continues to influence Egyptian culture. However, it is important to note that it is very much international in nature, seeing as how its drainage basin extends to 11 countries.

Of course, the Nile episode covers the river’s impact on Egyptian civilization. In short, ancient Egypt was very reliant on the annual flooding of the Nile to make the soil fertile, thus enabling it to feed its immense population. As a result, much of ancient Egyptian civilization was centered on the Nile, as shown by everything from their mythology to the fact that they named their country the “Black Land” to differentiate it from the desert that was the “Red Land.” Nowadays, the Nile has been brought under control by the building of the Aswan Dam, thus preventing the potential for both too much flooding and too little flooding.

5. Covers the Creatures that Live in the Nile

Besides that, the Nile episode covers some of the creatures that made their home either in the Nile or in its surroundings. Since the Egyptian part of the Nile occupies such a huge part of its presence in the popular consciousness, it is natural for its creatures to receive similar prominence. However, the Nile extends to Ethiopia and equatorial East Africa, meaning that the episode covers plenty of other animals as well.

6. The Second Episode Covers the Amazon

The second episode is set to cover the Amazon. Some people might be wondering if the name of the river is related to the tribe of female warriors from Greek mythology, who tend to be best-known to a lot of modern individuals because of their use as a source of inspiration for Wonder Woman. If so, they are right to wonder because the river was actually renamed thus when a Spanish expedition came under attack by locals, whose numbers included women warriors. Due to this, the leader of the Spanish expedition came to associate the river with the Amazons, which became more and more popular over time.

7. Covers the Sheer Size of the Amazon

One of the Amazon’s most interesting characteristics is its sheer size. It may or may not be the longest river in the entire world, seeing as how there is something of a dispute about whether the Amazon or the Nile is longer than the other. However, there can be no doubt about the fact that it has the most discharge, which is perhaps unsurprising considering the size of its discharge basin. In fact, the part of the Amazon’s discharge basin that falls within the borders of Brazil is bigger than the discharge basin of any other river on the planet.

8. Covers Some of the Most Unusual Inhabitants

Naturally, the Amazon is home to some pretty unusual and thus pretty interesting inhabitants. One excellent example would be the Amazon river dolphin, which is sometimes called the pink river dolphin because adult members of the species acquire a pinkish hue to their skin. Unfortunately, the Amazon river dolphin is one of the numerous species to have come under threat in recent decades, not just because of hunting but also because of habitat loss as well as the potential to get tangled up with fishing lines.

9. The Third Episode Covers the Mississippi

Finally, the third episode is expected to cover the Mississippi, which starts out in northern Minnesota but continues until the state of Louisiana where it flows out into the Gulf of Mexico. Its presence is responsible for some of the most fertile places that can be found in the whole of the United States. However, this is actually the single biggest cause for the Gulf of Mexico dead zone, which is caused by a combination of urban sewage and agricultural runoff.

Rivers have played a huge role in the formation of countries because they are a much faster way to move around than land-bound routes. As a result, a state that sits upon a river has a much expanded reach compared to one that doesn’t because it can move its resources much further with much more ease than otherwise possible. Naturally, the Mississippi has played a similar role for the United States, though this was much easier to see in earlier centuries than in the present time.