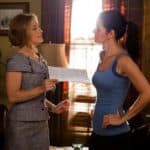 Jane’s mother, Angela Rizzoli (Lorraine Bracco) is facing another ‘life complication’with the introduction of Lydia Sparks (Alexandra Holden). Lydia is a pregnant woman who may be carrying the child of Angela’s ex-husband (Chazz Palminteri) or Jane’s brother, Tommy (Colin Egglesfield).

In the episode, ‘Cuts Like a Knife’, Rizzoli & Isles investigate the murder of a would-be bride. The suspect pool is varied. The detectives and medical examiner investigate the groom’s ex-girlfriend, as well as the bride’s connection to suspicious European roots.

Meanwhile, there is a new player in the Rizzoli & Isles orbit. Jane gets a new neighbor who piques the interest of Angela (Lorraine Bracco), Frankie (Jordan Bridges) and Frost (Lee Thompson Young).

The show is executive-produced and developed for television by Janet Tamaro of Hurdler Productions. Tamaro was awarded a Gracie Allen Award from the Alliance for Women in Media Foundation, a Women’s Image Network (WIN) Award and Prevention magazine’s Healthy TV Award for her work on the show. Learn more about Tamaro at her ‘Creator’s Corner’at http://www.tntdrama.com/series/rizzoliandisles/displaySpecial/?contentId=349515.

Rizzoli & Isles airs on TNT, Tuesday nights at 9pm, ET/PT. The episode, “Cuts Like A Knife” was written by David Gould & Sal Calleros, and directed by Emmy-nominee, Randall Zisk. 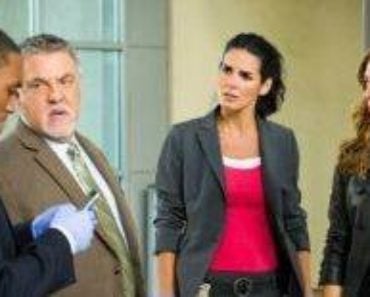