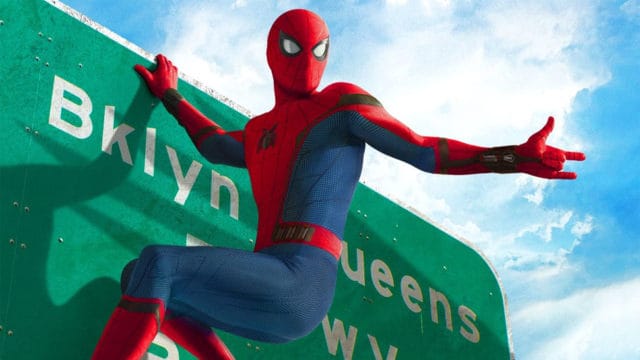 When it comes right down to it, just about everybody on board the Marvel is on the same page.Â  You don’t find the same intra-franbase flame wars that tend to crop up around other long-running franchises based on pop-media properties because Marvel fans perplexingly agree on all the important things.

Iron Man 2 wasn’t really that bad.Â  Civil War was a better team-up than The Avengers.Â  Guardians of the Galaxy (and their other bizarre adaptations) worked because Marvel really knows how to make these movies work.Â  Thor works best when Marvel leans into his weird cosmic wonderland of a setting.

If there was ever going to be a controversy that would shake apart the hegemony of the MCU fanbase, it was the return of Spider-Man to the mega-franchise.Â  Spider-Man was the first genuiney great superhero movie of the Marvel era: perfectly capturing the look and at times capturing the feel of what has historically been everybody’s favorite Marvel-branded do-gooder.Â  Spider-Man 2 is damned near a masterpiece of the genre, with some going so far as to call it the Godfather of superhero movies.Â  Spider-Man 3 was such a mess as a film that it’s easy to forget that there pretty much wasn’t a bad thing about it in isolation, just a bunch of really good things that didn’t work together (a wasted Green Goblin, a dorky dance number and a bad Venom fight were really the only genuinely bad parts in it).

Then Sony, working against the clock to put out another Spider-flick before the rights to the character returned to Marvel and unable to coax back any of the talent that made the first two films so successful, pulled the trigger on a reboot and soured everybody who hadn’t yet abandoned the franchise.Â  For all of its faults (and, yes, there were a lot of them), the first Amazing Spider-Man fixed something that had been stuck in my craw about the Raimi movies for the last near-decade: they injected the franchise’s trademark humor back into the character and made Spider-Man fun again.Â  Plus they tapped into my favorite Peter Parker love interest, Gwen Stacy, in the place of what was hands down my least favorite, fan-favorite Mary Jane Watson.Â  And as for The Amazing Spider-Man 2… there’s no defending that.Â  It might not be quite as terrible as it’s often labeled as, but it was basically Spider-Man 3 without Raimi’s trademark charm. 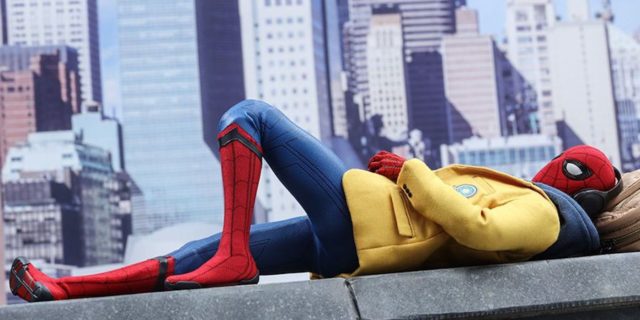 But now Spider-Man was back home where he belonged.Â  He was going to be in the MCU.Â  Marvel had banked up almost a decade’s worth of good will with its fans and the character was coming off one of the most reviled stretched that the genre had ever seen. 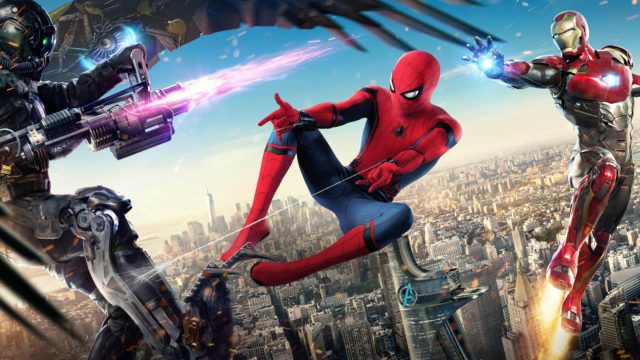 Although there were a lot of theories about how Marvel should handle the character’s introduction, all of them were dwarfed by two fan-favorites, both of which kind of bled together after a while.Â  The first was to actually incorporate the Raimi movies (or at least the first two) into the MCU and make Tobey MaGuire Marvel’s official Peter Parker.Â  The second, which most proponents of the first theory also supported, was that the MCU’s current and active Spider-Man shoudn’t be Peter Parker, but Miles Morales.

The appeal of these theories should be pretty obvious on their surface. Â MaGuire, for all of his faults as the sadsack Spider-Man who just couldn’t catch a break, was both well-realized for what he was and incredibly popular.Â  Fans had not only loved those first two movies, but had largely grown up on them; to many movie-goers, MaGuire, for better or worse, was Spider-Man: or at least, he was Peter Parker. 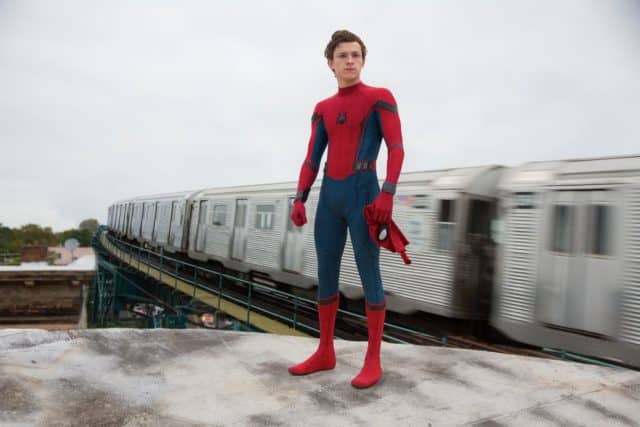 And while nothing but good could come from the character’s introduction into the MCU, fans were tired of the endless reboot cycle that had started to take hold of the genre.Â  Hulk became The Incredible Hulk.Â  The X-Men movies were rebooted with First Class and then again (sort of) with Days of Future Past.Â  Rise of the Silver Surfer lead into Fant4stic.Â  Â Â Daredevil became a Netflix series.Â  Punisher became Punisher became another Netflix series.Â  By tying in the MCU to an earlier set of movies — and particularly such a beloved set of movies — it would work around the reboot fatigue that was starting to set in and eliminate the need to show another Uncle Ben get killed off for our amusement.

And, of course, there was the issue with Miles Morales: the bi-racial Ultimate Spider-Man that took over as everybody’s favorite neighborhood wall-crawler after Peter died in the comics.Â  Not only was it a different character than we were used to seeing on-screen (and variety, after all, is the spice of life), but he would prove to be the perfect splash of color for the otherwise monochrome MCU. 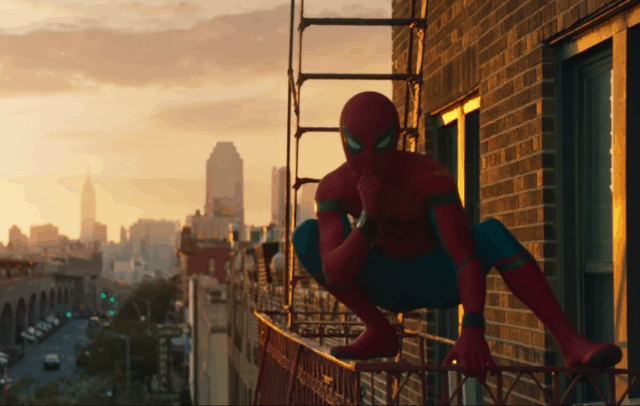 Marvel, of course, took up neither of these options, although their ultimate solution was to essentially split the difference.Â  So while we did get another Peter Parker, we didn’t get another origin story.Â  Rather, we got a junior crimefighter who had already established himself as a kind of viral vigilante.Â  And while he was still Peter, so much of his mannerisms and world were pulled straight from Morales.Â  Plus they established the fact that Morales does, in fact, exist in the MCU, implicitly promising that he will take over for Tom Holland when the actor finally moves on from what is sure to be an expansive tenure as the character (which was understandably one of the major reasons that they chose an actor that young: they got him on-contract for cheap and he will physically be able to play the role into the foreseeable future).

And, to their credit, their version of Peter Parker has been, in my mind, easily the best one yet.Â  The only version I’ve liked more is from the Ultimate Spider-Man cartoon series, and they even aped a lot of what put that character over the edge (Aunt May “discovering” that he was Spider-Man and coming to terms with his obsessive need to make the world a better place).Â  He was the flippant, funny, frenzy-mouthed crime-fighter that MaGuire’s mopey, sadsack Spider-Man never was.Â  At the same time, he was the grounded, real-feeling character that Garfield’s Parker could never hope to be.Â  His fanboying with Iron Man made him the perfect audience surrogate to the franchise (at least, now that Coulson was gone from the movies) and Marvel once-again nailed another non-action genre to their superhero movie that proved to be the perfect presentation for the story they wanted to tell (in this case, a coming-of-age high school dramedy in line with the best of the Brat Pack). 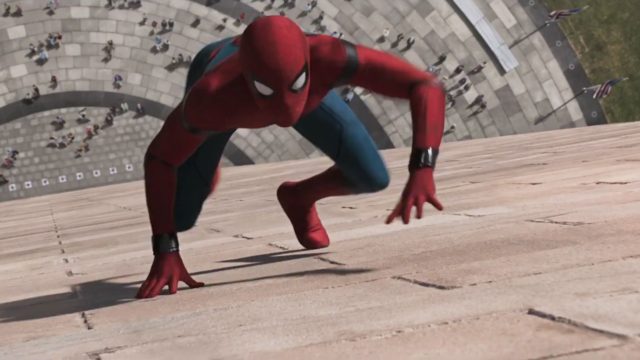 While there is still some genuine debate to be had over which set of movies is the best take on the franchise — whether Raimi’s silver-aged dork or John Watts’ mile-a-minute millennial — Marvel genuinely pulled off the impossible by satisfying all of the disparate, fractured fans of this property.Â  The worst commentary that I’ve ever heard about Homecoming is that it’s “good enough,” and many, such as myself, shout its praises from the rooftops as the hands-down best of the lot.Â  And sure, all the suit’s gadgetry ends up being a bit much and Stark plays far too large a role in what should ostensibly be Holland’s solo series.Â  And yes, there were other routes that I would have taken the franchise had I had my druthers.Â  But when push comes to shove, there’s hardly a better Spider-Man that we could have hoped for.