Before Ragnarok, the Thor movies were probably the overall weakest in the entire MCU.Â  Granted, Iron Man 2 was probably the “worst” Marvel movie (for what little that’s worth, as it’s still a pretty good popcorn flick).Â  But the Thors, regardless of everything that they did right, just never clicked the same way that the Iron Men, Captains America and Avengers were able to.

The first movie was the first “weird” Marvel movie: boldly positing a bizarre, fantastical realm of Elves and Giants before immediately taking all of that away and stranding our now powerless protagonist in an impoverished New Mexican dirt town.Â  While he… I dunno… ate poptarts and broke coffee cups, his brother instrumented a seamless coup of his homeland, assumed the throne in his brother’s absence and schemed to commit genocide against his own race. 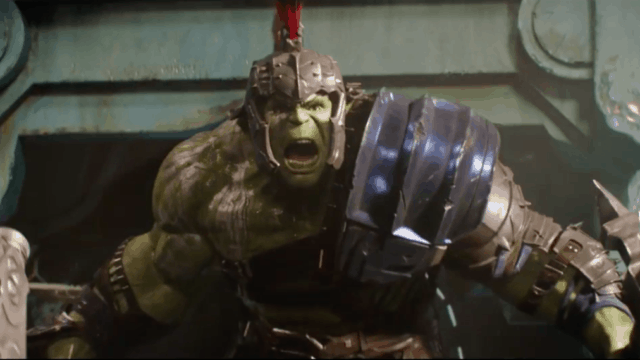 All joking aside, the first Thor was actually a good movie: a superhero movie remade as a Shakespearian drama, centered on two brothers, pitted against one another by the cruel whims of fate, vied for both their father’s throne and his affections.Â  It was goofy, yes, but it was genuinely heartbreaking the way that Loki battered against the winds of destiny because, deep down, he wanted to be acknowledged as his brother’s equal and, tragically, never seemed to live up to the competition.

While The Dark World were tentative baby steps in the right direction for the franchise, it was ultimately a missed opportunity to go really crazy with its premise and dive headfirst into the infinitely varied locales of the Nine Realms.Â  And although we did get a little of that, the action sadly centered on boring old everyday Earth, with only brief scenes and evanescent hints at the possibilities that proved to be just beyond our reach.Â  Malaketh, a fascinating character from the Thor comics, was reduced to a mostly mute and largely ineffectual role as the token bad guy and the AEther wasn’t all that interesting until the post-credit revelation that it was actually an Infinity Stone.Â  It was a fun movie, to be sure, but not anywhere near what it should have been. 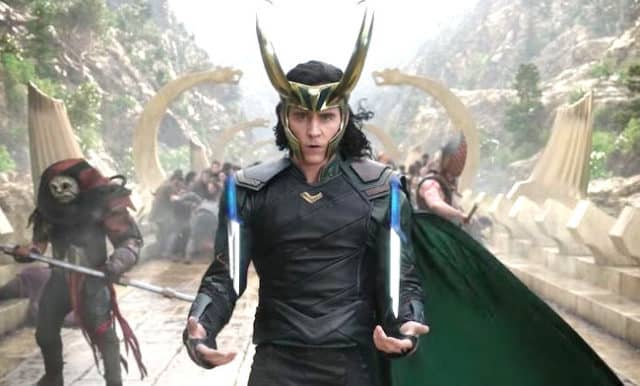 Ragnarok, though, fixes all of that.Â  It was the first movie that got the franchise that it was supposed to be a part of: the first one that realized that Thor wasn’t interested when brought to Earth, but when he was allowed to sail the cosmos as the Asgardian god of thunder.Â  Like the Guardians of the Galaxy — probably the point that the cosmic side of their cinematic universe clicked in the minds of the studio heads in charge of these movies — it was the rare opportunity for Marvel to throw all of their chips onto the table and really lean into the pure comic absurdity of what they held in their hands.

So that’s what we got here.Â  Other than a nominal visit to Earth — specifically to Doctor Strange’s Sanctum Sanctorum, which is such a delightfully strange location to begin with that it hardly seems like it should be included in the same list as Dirt Springs, New Mexico (or whatever it was actually called) and London — the Asgardian Avenger and his brother were shot roughshod across the cosmos like some crazy cross between Tron and Guardians of the Galaxy.

This shakeup was felt pretty much everywhere in the film: not just in the setting.Â  The tone warped into some haphazard remix of Ferris Bueller — funny, sometimes irreverent, but always light and fun.Â  Ahead of the graveyard that is Infinity War, they carved up Thor’s supporting cast hard: killing the Warriors Three on camera (conspicuously leaving Lady Sith unaccounted for, doubtless for future use), killing Odin and introducing then almost immediately killing off longtime Thor comic villain Skurge the Executioner.Â  In their place we got an obviously upgraded roster that included Loki, Hulk, Heimdall, Valkyrie, Korg and Doug.Â  Hell, they even nuked Asgard in the end: leaving the remaining pantheon of Norse mythology a nomadic, space-faring people in search of a home (basically like a really good version of the classic Battlestar Galactica series).

And after all was said and done, the changes all worked perfectly for the franchise.Â  It turned out that the magical space Viking with the shiny, Dwarf-forged hammer was best as part of a crazy, synth-pop action flick at the cross-section of sorcery and sci-fi in the MCU.Â  Thor finally felt authentic in this new hodgepodge of tones, genres and styles.Â  And if Thor enlists with the Guardians of the Galaxy in the wake of Infinity War, then Ragnarok is the proof of concept for why that would be just as perfect a fit for the character.