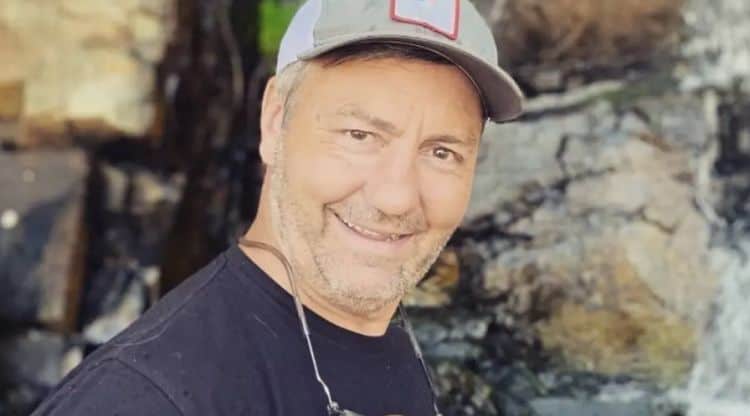 Everyone loves a good reality star with a good personality, and Robbie Wolfe certainly fits the bill, doesn’t he? He’s from “American Pickers,” and it’s clear that his fans love him. He’s the brother of the host, Mike Wolfe, and he’s the kind of guy his fans just love to watch. However, it’s come to the attention of some that most fans know very little about him despite the fact that he’s been in more than 76 episodes of the show. We thought it might be time to get to know him a little better.

This shouldn’t come as a surprise or a shocking situation to anyone considering the fact that he is the star of a show all about antiques, but we are always so impressed with his knowledge of all things in the antique world. He seems to know at least a little something about just about everything, and it is always fascinating to watch.

We’d have to say that it seems his biggest passion is antique cars. It comes across in his work, his photos, and just about everything he does those cars mean something special to him. He clearly has a thing for them, and he clearly feels that they have a place in his life. It’s hard to argue with that logic, too.

Give this man an antique neon sign and watch his eyes light up with excitement. He is someone who loves them, and he really does find a level of excitement in them that we don’t fully understand, but we do fully respect and appreciate. After all, we all have something that brings us joy that many others might not understand.

He is a happily married man. He shares a little of his wife on his social media accounts. Her name is Melanie, and they do seem very happy together. They also have kids, but they don’t speak much about them out of respect for their privacy.

5. His Son Follows in His Footsteps

The only son we know much about is his son Rhesa. He is around 22-23 as of 2021, and he has followed in his father’s footsteps in a big way. He seems to really appreciate all that his father brings to the table, including his love of things like antiques and finding old treasures buried amongst things most people consider trash.

Before he was into antiques and the reality television world, Robbie Wolfe had a dream. He was going to become a rock star. He was going to make it big in the music industry, which is one of those things that really does make him so much more interesting to us. We love this.

He was actually born at the beginning of the 60s. His date of birth is April 26, 1960, which means he literally gets to say that he grew up in the 60s and was a child who did get to enjoy some of the best decades. No social media or cell phones or any of the other detrimental things that go on in the lives of children these days. It’s such a great time to get to grow up.

8. He Was in Construction

When he made the decision to give up his dream of becoming a rock star due to wanting to spend more of his time with his family, he also chose to start his own company. He became a contractor and began his own business installing pools and lighting, driveways, decks, and more.

It turns out that Robbie Wolfe is doing well in life. He’s got a good situation going on. His 2021 estimated net worth is around $3 million. It seems that his desire to spend time with his family and not head out on the road as a Rockstar really did work out well for him. He probably has very few complaints.

He and his wife have been together a long time. Together, they have four kids that they dote on. Their names are Jeremy and Brando and their daughters are Kylie and Reagan. He really does have a lot going on with his kids and his wife, but they’re grown up – mostly – and doing their own things in life. It’s like watching your little loves turn into people you really enjoy spending time with.