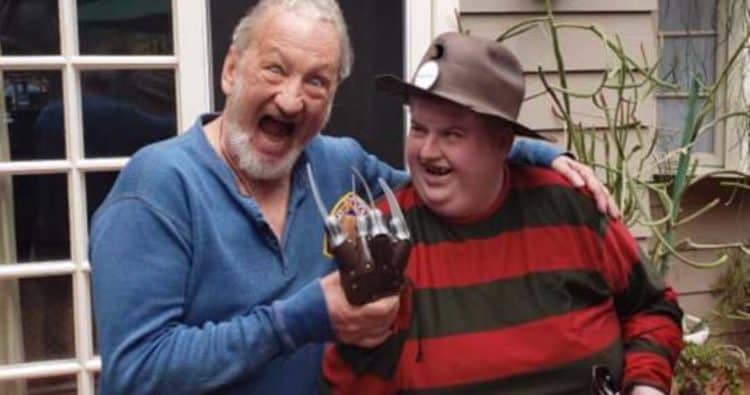 There’s no release date set for Stranger Things season four yet, but it has been noted that there are several new faces that will be incoming when the season kicks off and Robert Englund is at the top of the list of those that people will be waiting for since the horror icon has been such a huge name in the industry that anything he shows up in is deemed to be a little greater just because he’s there. Englund did drop the bomb on a lot of Nightmare on Elm Street fans a while back that he’s no longer going to be trying to take up his role as Freddy Krueger any longer, but the great thing is that he’s kind of an imposing figure no matter where he shows up since his normal look and his ability to be menacing as all hell has afforded him a legendary status that he’s enjoyed for quite a while. There’s no telling what part he’ll be taking in the next season of Stranger Things but it does sound as though he’ll be a recurring character, so it’s possible that much like Sean Astin he might be there and gone within the season. However, it happens it does feel that he’s going to be a great addition to the set since this is a guy that’s been living and breathing horror for so long that he’s considered one of the best to have ever done it.

If there’s any part he might be suited for it would be someone that’s working against the protagonists since being reasonable and fair and all, Englund has almost always played one of the best villains around since he’s both menacing and has the ability to look absolutely diabolical when he sets his mind to it. In real life, he sounds like a very interesting person and someone that would be great to sit down and just chat with, but on the screen, he can be one of the evilest individuals that have ever been caught on camera. Even when he’s appeared on various TV shows it’s never certain what he’s going to be like until he breaks into his character and starts speaking. It does sound as though the show started shooting once again back in October, which hopefully means that we’ll be seeing the release of season 4 sometime in early to mid-2021 since it’s not really known just how much there is to be done and what the next season will entail since the theories have been flying all about since the end of the third season. Once it was established that Eleven no longer had her powers, or had to find them perhaps and that Hopper was still alive, people have been wondering just how in the world Hopper will be rescued and what’s going to happen to the core group now that they’ve gone their separate ways.

Another name that will be added to the roster is Tom Wlaschiha, who will be recognized no doubt for his contributions to another popular show titled Game of Thrones. If you don’t know by his name who the guy is then think of the character known as Jaqen H’ghar and you’ll get it. He probably won’t be paying tribute to the god of death or speaking in riddles as he did in GoT, which will make things interesting since it’s bound to happen that he’ll be hard to recognize out of character. But so far the lineup and the theories are enough to make this next season sound enticing enough to get into whenever it releases. With everything that’s happened to date though it does feel as though the people of Hawkins are finally going to be cluing into the fact that something very wrong is going on in their town and that the authorities have been keeping everything as closed off and shut down as they can to avoid alarming people and getting them to think that they’ve been duped for so long. As far as the overall story goes it does feel as though things are going to be developing from many different directions since there are characters that might be brought in once again from previous seasons and character arcs that we might have thought were closed but are about to be reopened since they might have some bearing on what’s going on at the moment.

You can bet that there will be plenty of chatter as things continue to progress and people start to anticipate what will happen with season four and where it might lead once all is said and done. If there’s even a hint that season five will happen though there hasn’t been a lot of talk that would indicate as much. One thing is certain, Stranger Things does have an expiration date that’s coming quicker than many would like to think about.