Home
Movies
Rogue One: A Star Wars Story Gets the Honest Trailer Treatment 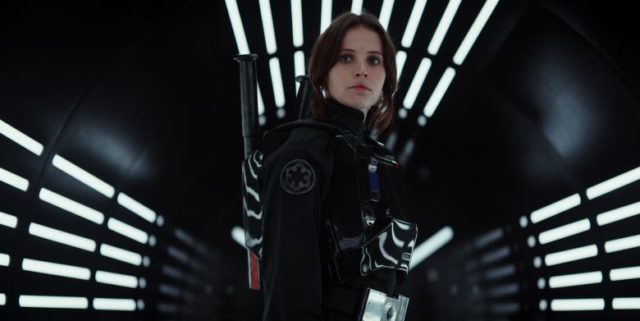 Rogue One: A Star Wars Story was a massive success.Â Â  The film grossed over $1 billion worldwide and proved without a doubt that the Star Wars Universe for films is infinite.Â  There’s no telling how far a spinoff can go but the fact that a solo Han Solo movie is in the works and a solo Obi-Wan movie is being explored tells us we’ve got plenty of Star Wars ahead of us.Â  And like all great movies, we’re bound to get some spoof action out of it.Â  The fellas at Screenjunkies are at it again with their “Honest Trailers” segment and decided to pick on poor Rogue One this time.

Although the movie directed byÂ Gareth Edwards is the first stand-alone film from the “Star Wars” franchise,Â the guys behind Screen Junkies describe it as “Disney’s first Star Wars anthology movie, because there’s no way in hell they’ll call it a Star Wars prequel number four.”

“Enjoy one of the most beautiful ‘Star Wars’ films to date that feels like the world’s biggest-budget fan film… full of easter eggs that will have die-hard fans saying, ‘Gold leader’, ‘Red leader.’ Awesome!” the narrator says at a laterÂ point in the trailer.