Home
Movies
The Best They Ever Looked: Rosario Dawson in “Sin City” 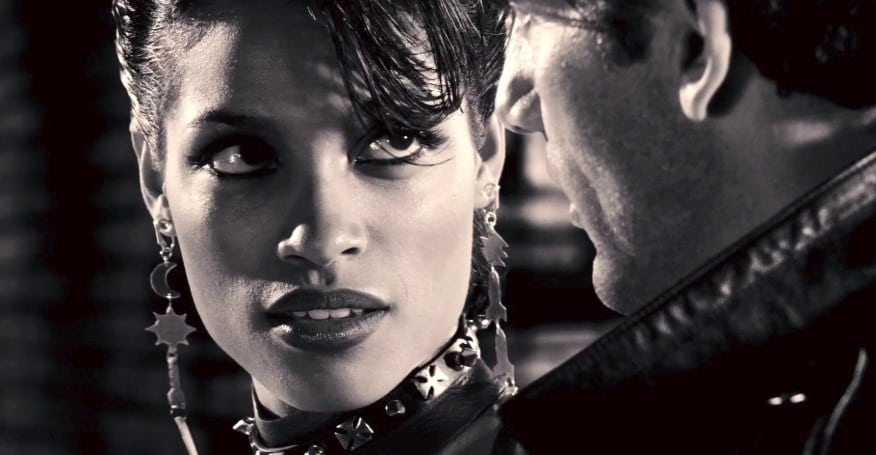 When it comes down to it, the best Rosario Dawson has ever looked is when she was seen in Sin City as Gail. This was a woman you just didn’t cross since looking at her you could imagine that she might be thinking of various ways to kill you for any number of reasons. Dwight alludes her to being a Valkyrie in the movie, and he couldn’t be more accurate save for the fact that in many ways she’s more like one of the famed warrior maidens crossed with an evil succubus, or perhaps an erinyes, something like a succubus but much worse since it’s a demonic creature that’s mean as hell and knows how to fight. That kind of describes Gail don’t you think?

Gail just looked flat out mean in the comics, and she didn’t have an outstanding attitude either. She was kind of back and forth with Dwight but would almost never refuse him. They had their quarrels to be certain but Dwight was almost always welcome in Old Town. At one point she was the right hand woman of Wendy and Goldie but eventually she went and took over after Goldie was killed. In Old Town a person didn’t mess with anyone that was in Gail’s crew, as it meant certain death.

A lot of people believe that the movie was as faithful as it could reasonably be to the comics, but some have managed to throw in their dissent in order to throw some shade at the filmmakers and the whole attempt. Anything said about the original Sin City movie was kind of laughable since so many people thought it was as close to perfect as could be. But the prequel that came along, A Dame to Kill For, was anything but well-received. It still featured the same characters, but unfortunately with a few of the original actors having bowed out or passed away it wasn’t quite the same.

There could have been a few others that might have taken on the role of Gail and one just as well, but Rosario Dawson nailed it, and even more she had the look that helped her out. The piercing stare, the wild nature you could see just barely contained in her eyes, and the absolute glee she displayed when killing the band of gangsters that dared to infiltrate Old Town was all it took to make people believe that she WAS Gail, and that she would easily burn down anyone that dared to stand in her path. The wild look that was barely held in by her exotic flair and outfit was something that drove a few men wild as she was the epitome of a warrior in a modern age, a berserker that wanted to be uncaged and allowed to fight to the death.

Dawson was already a star at this point but not to the degree that she became afterwards. After this she went onto bigger and even better roles than before, but this stuck with her no doubt. One of her biggest roles before this was as Mariana in The Rundown, but as tough and as good as she was in that her role didn’t quite make up for this one. The wild look of her and the dangerous side that she displayed was just absolutely awesome, and the fact that she nailed Gail down to her very mannerisms was even better. She had no time for nonsense and even less for those that threatened her girls. She was a madame that didn’t have to lift a finger unless it was absolutely necessary, as her girls would do the heavy lifting until she decided to join in.

Her connection with Dwight was a little confusing if you’ve never read the comics, since they seemed to have a real love/hate/lust thing going on and it was kind of chaotic to tell the truth. But given how violent Gail could be come at the drop of a dime it’s not too much to think that she would be a hard woman to get along with. The way she looks in the movie and in the comics it seems like she’d be the kind of woman to slap you as hard as she could and expect a ‘thank you’ afterwards. But again, she really had no time for games or foolishness, she was all business most of the time and was ready to throw down all of the time. That’s a big part of what made her so awesome.

Rosario Dawson has had a lot of roles over the course of her career, but none have allowed her to look as inherently dangerous and lovely all at once as Gail did.