Home
Entertainment
Roseanne Barr is Likely Starting Her Own Podcast 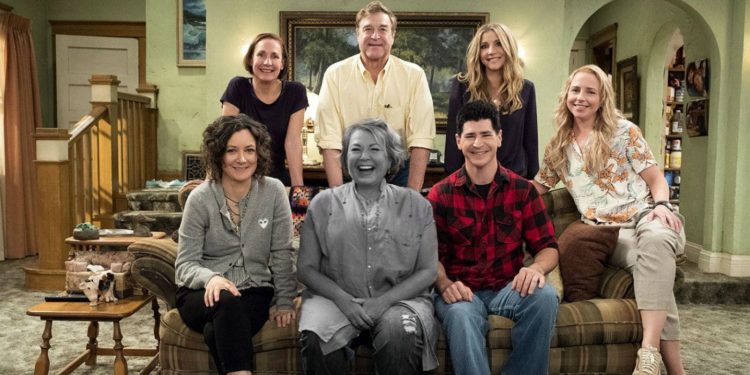 Abi Travis of Distractify doesn’t seem to think much of the idea of Roseanne Barr starting her own podcast and to be honest neither do I, but hey, we don’t exactly have to listen or watch. Since the misstep on Twitter that got her show canceled one could say that Barr has been riding the line of sanity like a professional bull rider, going up and down in her own manner as she speaks on conspiracy theaters, dinner parties, and the like. If you’re having trouble even thinking about that logic don’t worry, you’re not the only one. The fact that Joe Rogan, who hosted Barr as a guest on his own show, has stated that he’s in approval of and would gladly help Roseanne creating her own podcast confirms that the world has slipped into yet another chaotic fugue state for the time being since one would hope that people had seen past this facade of interesting that the former matriarch of the Conner clan uses so often to see that she’s kind of a bitter and diminished older woman that seems ready to join the older and crankier elite that have since slipped from memory.

It was great to hear about and to watch Roseanne when she was at her peak, but one thing that definitely seemed to undo the aura of success that she’d accumulated came during her horrible rendition of the National Anthem back in 1990 as Geoff Edgers of The Washington Post reminds us. At one point you could hear the crowd go silent as though contemplating a giant, communal WTF???, which was followed as one might expect by a cascade of boos that followed her off the field after she made a show of grabbing herself and spitting to show her utter disdain for their opinion and the whole affair. That seemed to be a huge dark mark on her record that never went away, and yet after a while people forgave for this vile act since she continued to be funny and she continued to deliver on a show that they’d come to love. This is, unfortunately, the hypocrisy that we live with and practice on a daily basis as every one of us, myself included, have gone from loving an individual to condemning something they’ve done, to still forgiving them no matter what because they make us laugh or inspire us in some way. Heck, I still watch Jim Carrey movies and I can’t stand to hear the guy talk any longer, but like I said, that’s the modern hypocrisy that we live with as we cherry-pick the things we want to focus on and try to ignore the rest at any given moment.

Does Roseanne deserve her own podcast? Probably not, but not allowing her to do it wouldn’t be right either since she does have a voice, as harsh and whining as it seems sometimes, and she should be allowed to speak on things that she feels are important, no matter what the rest of us think. Just because you don’t like the way someone acts, talks, or thinks doesn’t mean that they need to be censored beyond belief and have their freedom of expression taken away. Like it or not, some people are going to grate on us simply because they say and do things that are in some way increasingly offensive and seem to be against what it means to be a decent human being. But they still get to speak and have their way so long as they’re not harming anyone or calling for harm to anyone. That’s the country we live in and how it works, which is something a lot of people still seem to be struggling with at this point. I’ll be one of those that admits that I don’t really care for Roseanne, I watched her as a kid with my parents and I honestly found the kids and Dan to be a lot funnier. Heck, I found her on screen mother to be funnier since her delivery wasn’t all based on sarcasm and having a nasty attitude. The only time Roseanne seemed genuine was when the show went into a dramatic twist and the comedy got left behind for a few seconds, but after that it was back to the snark and the unending sarcastic remarks that seemed to be her only real claim to fame.

You want to know where she had a chance to be great? The movie She-Devil, as campy and as low budget as it must have been, was where she was an effective character since she had a real conflict to deal with and a real sense of righteous anger to let loose. In a big way the Roseanne show was nothing more than a chance to unload a great deal of snippy material that allowed her to cut others down to size night after night. Honestly, that’s almost what this podcast seems like it might be, but in a much more honest and crazier light.